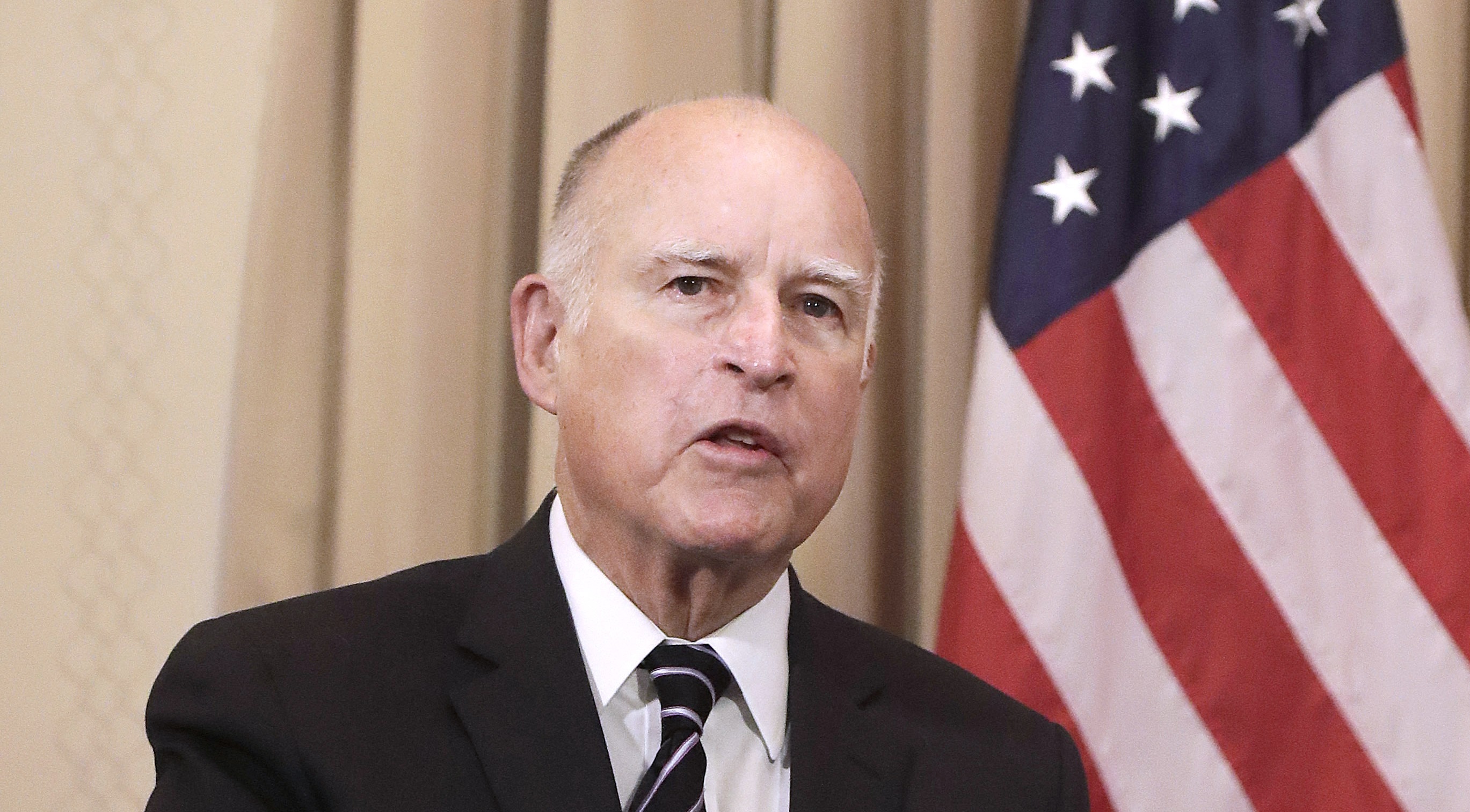 This story was updated with additonal reactions Oct. 2 at 7:45 a.m.

California Gov. Jerry Brown vetoed a measure Sept. 30 that would have extended the state's statute of limitations for decades for childhood sexual abuse survivors.

The proposed measure would have allowed victims to file abuse claims until they are 40 years old. It also would have allowed those who have repressed memories of abuse to sue within five years of realizing the cause of their trauma.

In his Sept. 30 letter to the members of the California State Assembly, Brown said he vetoed a similar bill in 2013 and said his views on this have not changed.

He said the current measure is even broader than the one he opposed five years ago and "does not fully address the inequity between the state defendants and others and provides a longer revival period for otherwise barred claims."

David Clohessy, until 2016 the longtime director of Survivors Network of those Abused by Priests, known as SNAP, and now a volunteer with the group, was disappointed by Brown's veto.

"The civil window would have enabled thousands of suffering survivors to expose hundreds of wrongdoers who committed and concealed child sex crimes," Clohessy said in a statement. "Instead, horrors will remain hidden and kids will remain at risk of more harm."

In the aftermath of the 2002 sexual abuse crisis in the Catholic Church, California lawmakers created a one-year window to eliminate the statute of limitations and revived all child sex abuse claims no matter when they took place.

Information about the legislation on the California Catholic Conference's website said the church did not oppose the 2002 legislation. That next year, when the measure took effect, more than 1,000 plaintiffs brought cases to court and the Catholic Church in California paid more than $1.4 billion in restitution, resulting in the loss of insurance policies and bankruptcy.

"And the church continues to work with all victims no matter when the abuse took place. Now lawmakers, working with the trial lawyers, want to re-open claims again," the website alert said.

Brown's letter mentioned this one-year revival of lapsed claims which he said provided relief but also a defined cut off time.

In a 2008 law, he said, the Legislature  attempted to address the "unfair distinction between victims of public as opposed to private institutions." However, that law fell short because "instead of subjecting public/government entities to the 2002 law, it allowed "victims of public institutions" to sue from 2009 forward, Brown explained.

"In passing this 2008 law, I can't believe the Legislature decided that victims of abuse by a public entity are somehow less deserving than those who suffered abuse by a private entity," he said. Brown was not governor then; he was elected to the post in 2010 and re-elected 2014. He also served as California's governor some decades earlier, from 1975 to 1983.

Before the veto, the California Catholic Conference, said it opposed the bill because it placed "an unfair burden on the accused, who, decades after the alleged abuse, may be unable to furnish witnesses or records to defend themselves," Steve Pehanich, spokesman, told the Los Angeles Times.

"There comes a time when an individual or organization should be secure in the reasonable expectation that past acts are indeed in the past and not subject to further lawsuits," Brown said in his current three-page veto message, quoting from his 2013 veto message.

"With the passage of time, evidence may be lost or disposed of, memories fade and witnesses move away or die," he added.