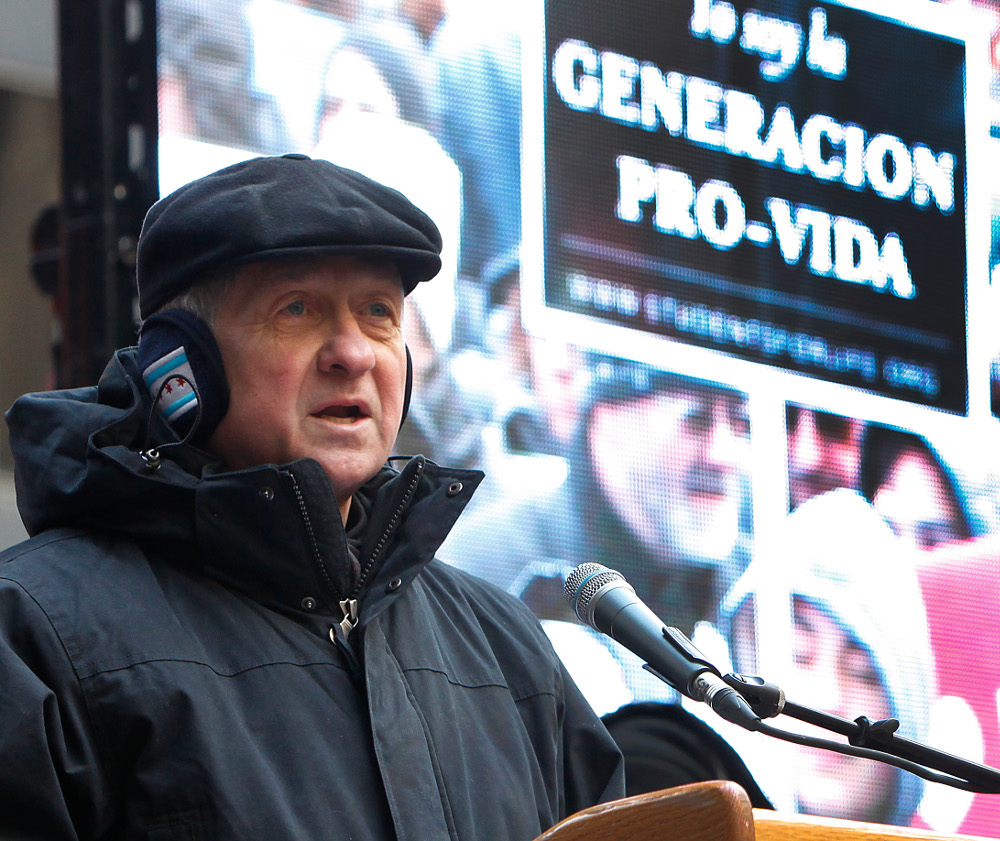 Chicago Cardinal Blase Cupich refuted the so-called "Benedict Option" that calls for retreat from the modern world, and instead urged Catholics to engage with the world through a "consistent ethic of solidarity" that addresses a wide range of issues.

"That's not who we are," Cupich said of the "Benedict Option," which takes its name from a book that calls for a conservative counterculture. He was responding to a question at a public talk Feb. 1 at Holy Name Cathedral here.

Instead, Cupich said, Catholics should go out and engage the world, much like Jesus' disciples after Pentecost, or those who fought Hitler in World War II.

"We have to be in the trenches," Cupich said, but Americans "are risk-adverse … to take up big problems."

"Just as Cardinal Bernardin proposed that an of ethic of life be consistently applied to unite all the life issues, we need in our day to mine the church's social teaching on solidarity."

Cupich said the best way to honor the former cardinal of Chicago is to apply the convictions that underlie his "consistent ethic of life" to today's issues, including health care, economic issues, international aid and development, military spending, nuclear war and weapons, and, yes, abortion.

"The number of abortions has gone down significantly in the United States, but the violence of abortion continues to haunt our society," Cupich said in his talk. "And there are new pressures to require cooperation with what we believe is the taking of an innocent human life."

He also lambasted out-of-control military spending and said he opposed a bill in Illinois to legalize marijuana, especially while cutting programs that help those addicted to drugs. "We can't have the state profit off of that, and at the same time not pay a price for the carnage that is going to be left behind," he said. "We seem to want to have our cake and eat it too."

In response to a question about immigration, the cardinal criticized a move toward merit-based immigration and called the term "chain migration" misguided. Only allowing subsequent migration of nuclear family members is tantamount to "throwing Grandma off the bus," he said.

"Let's face it, grandparents are very important to family systems," he said to an audience with plenty of grey-haired members. "You're babysitters, but you also instill values in children that sometimes skip a generation."

To a question about the role of higher education, Cupich responded that faculty at Catholic colleges and universities must be aware of Catholic social teaching. And at Catholic medical schools, "the dignity of human life should be at the forefront," said Cupich, who was recently named to the Vatican Congregation for Catholic Education.

In fact, the dignity of human life is the "fundamental principle" that must undergird all issues, Cupich said, adding that Catholics cannot "cherry pick" only isolated issues.

"People think sometimes there is a 'Catholic vote' because of one particular issue," he said. "This demeans who we are as a Catholic community. We should take the whole thing. … We take everything."

"Solidarity means we're going to stay together, even when we disagree. We're not going to walk away from each other."

Yet just as Bernardin had his critics, Cupich recognized that so will his views on a consistent ethic of solidarity. But "the church should never shy away from her unique contribution … even if it is met with hostility because it didn't fit into partisan frameworks," he said.

Solidarity doesn't mean people will always agree, Cupich said, responding to a question about some bishops who oppose Pope Francis. "Solidarity means we're going to stay together, even when we disagree. We're not going to walk away from each other."

Instead, he encouraged respect among Catholics and others as they engage with the world's issues. "Let us take up the task before us in a way that does not confuse firmness and resolve with a lack of respect for others in the debate," he said.