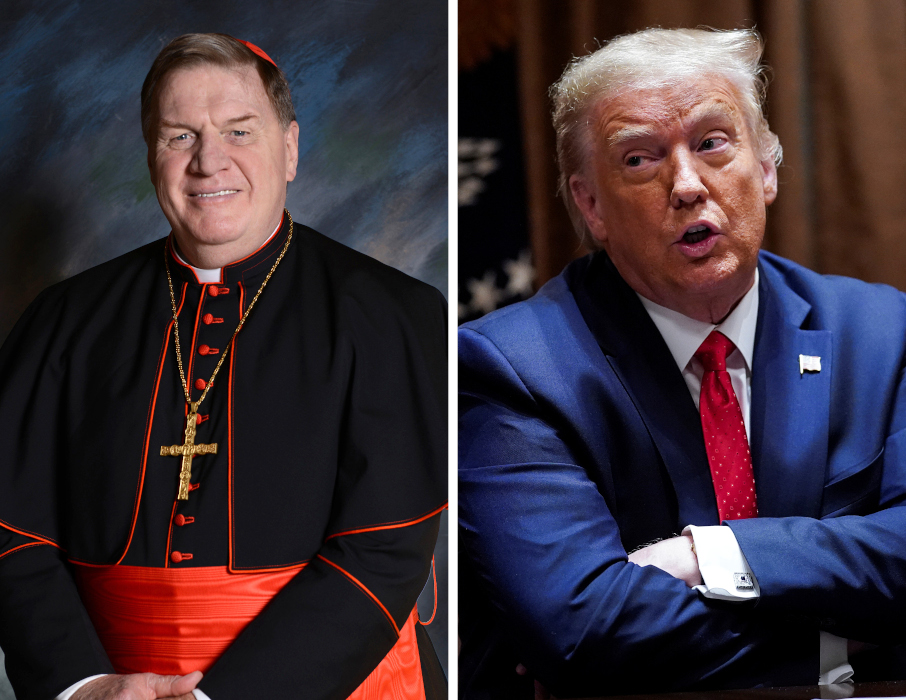 Federal death-row inmate Dustin Lee Honken was convicted of "heinous" crimes but killing him "will do nothing to restore justice or heal those still burdened by these crimes," Cardinal Joseph W. Tobin said in a July 9 letter to President Donald Trump.

"Instead, his execution will reduce the government of the United States to the level of a murderer and serve to perpetuate a climate of violence which brutalizes our society in so many ways," the cardinal said, asking the president to grant Honken's pleas for clemency. He has exhausted "all legal recourses," the cardinal added.

"By commuting this death sentence, you would help stem the tide of anger and revenge that threatens our country," he told Trump.

Honken is scheduled to be executed July 17 at the federal penitentiary in Terre Haute, Indiana.

A meth trafficker, Honken received the death penalty for the 1993 execution-style slayings of two sisters, ages 10 and 6. He received three life sentences for the killing of their mother, as well as the murder of her boyfriend and another drug-dealing associate of Honken's.

Three others are scheduled to be executed in Terre Haute, Daniel Lee on July 13; Keith Nelson on Aug. 28; and Wesley Purkey, who was granted a temporary stay of his July 15 execution by the U.S. Court of Appeals for the 7th Circuit on July 6. The three also were convicted of killing children in separate crimes.

These men would be the first federal prisoners put to death since 2003.

Tobin told Trump he got to know Honken during his time as archbishop of Indianapolis, from 2012 to 2017, when he became Newark's archbishop. The prelate said he would visit Honken and other inmates four to five times each year.

"If his death sentence is commuted, Mr. Honken expects to spend his remaining days in prison," the cardinal said. "His present spiritual guide, Father Mark O'Keefe, OSB, confirms that the spiritual growth in faith and compassion, which I had witnessed in our meetings some years ago, continues to this day. He is serene about the future and tries to show solace for his companions on death row."

Benedictine Father O'Keefe, 64, who is a moral theology professor at St. Meinrad Seminary in St. Meinrad, Indiana, has been asked by Honken to minister to him prior to his execution. On July 7 the priest filed an intervention pleading to join a lawsuit to delay the federal executions, contending the coronavirus emergency in Indiana puts him and others at risk of catching COVID-19 by attending the executions.

The priest's intervention said Honken "has been a sincere, practicing Catholic for more than 10 years. He attends Catholic Mass and receives Communion regularly; he receives Catholic ministry regularly; and he believes sincerely in the Catholic faith."

U.S. Attorney General William Barr announced last year the federal government was reinstating the federal death penalty. At the same time, he said the executions would use a single drug instead of a three-drug protocol carried out in most recent federal executions and by several states.

The planned use of the one-drug method led to a court challenge by some of the federal death-row inmates. The lawsuit made its way to the Supreme Court, but the high court said June 29 it would not hear an appeal by the inmates challenging this method, paving the way for the executions to proceed. Barr had announced the execution dates June 15.

In his letter to Trump, Tobin said the "use of capital punishment makes the United States an outlier in the world."

"You are in my prayers as you consider this request" for clemency, Tobin told Trump. "May the Lord of the Universe guide you."