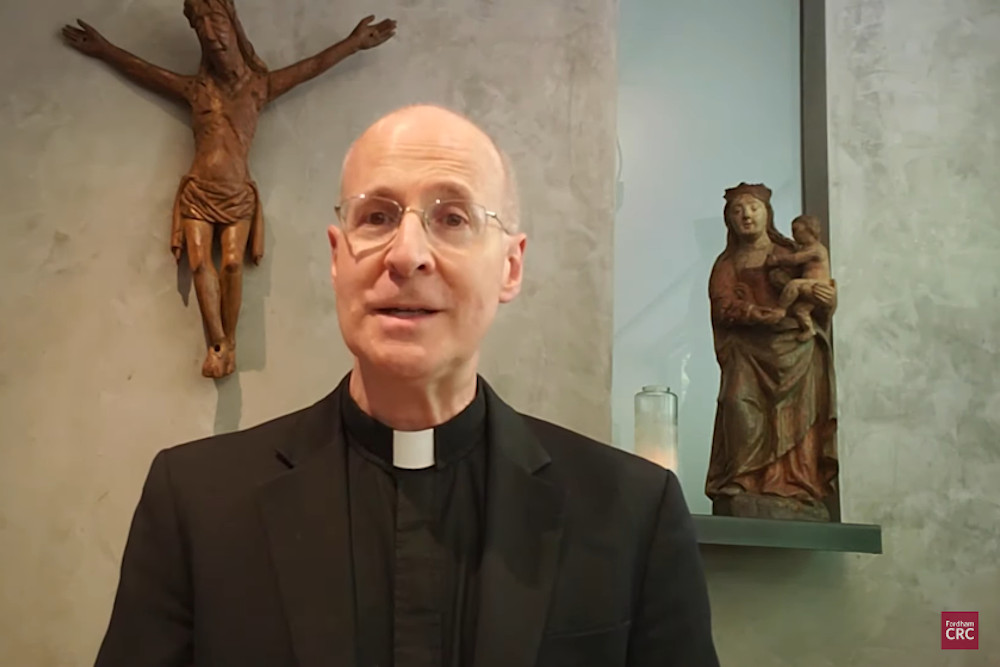 Prominent Catholic leaders sent messages of video support to the LGBTQ community for Pride Month after Outreach 2020, a Catholic LGBTQ conference hosted by Fordham University, was canceled due to the coronavirus pandemic.

The June 18 video began with Jesuit Fr. James Martin reminding all LGBTQ Catholics that God created them, and that they are as much a part of the Catholic Church as the pope, bishops or local pastors.

In their messages, speakers offered words of hope and encouragement, and called on the church and members to be more inclusive.

Dominican Sr. Luisa Derouen, who has been a minister to the transgender community since 1999, said she missed meeting all transgender participants. "It was an honor and privilege of my life to walk with you on your sacred journey," she said.

Archbishop John Wester of Santa Fe, New Mexico, showed his support to those who minister to the LGBTQ community. He called their work "valuable" and "appreciated." Wester said that ministers played the part of the "good shepherd" by bringing LGBTQ members closer to God. "Your ministry serves all of us as you proclaim God's unconditional love and mercy in a world torn apart by prejudice and exclusion," he said.

Jesuit Fr. John Cecero, superior of the Jesuits USA Northeast Province, called LGBTQ members to "share in the reconciling mission of Jesus." He said it was an invitation to dialogue, in an open, respectful way, not just in the church but in society and culture as well. He encouraged LGBTQ members to face hatred and homophobia in the church and country by being "beacons of light."

Speakers also used the platform to call for introspection on racial justice issues. 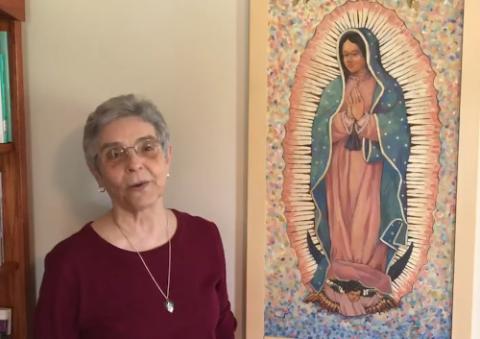 Dominican Sr. Luisa Derouen, who has been a minister to the transgender community since 1999, speaks in the Outreach 2020 video. (NCR screenshot)

Fr. Bryan Massingale, professor of theological and social ethics at Fordham, called for inclusivity, saying that many times in the LGBTQ community people don't accept those "who look like me." He reminded everyone that the LGBTQ rights movement is inseparable from the struggle against oppression, because the movement was originally started by LGBTQ people of color.

"I want to speak to you as a black gay man during this Pride Month. … I implore you to say sometimes during this month Black Lives Matter. Until and unless black lives matter, then all gay lives, all lesbian lives, all bisexual lives, all trans lives, all queer lives won't matter because mine won't matter," said Massingale.

Speakers acknowledged the various gifts and contributions of the community to the church. Bishop John Stowe of Lexington, Kentucky, said he admired LGBTQ members for being faithful to their Catholic identity. Religious Sister of Charity Edith Prendergast said the LGBTQ community was a gift to the Catholic Church and that they deserve respect, acceptance and love.

Fr. Greg Greiten from the Archdiocese of Milwaukee said he understood the struggles of "growing up gay in the Catholic Church."

"I share with you the words that I so wanted to hear in my life, while I was coming to terms with my sexuality. You are loved. You are a beloved child of God. … You are okay just the way God made you. Be who you are, bring your gifts into the world and let your light shine for all to see," he said. 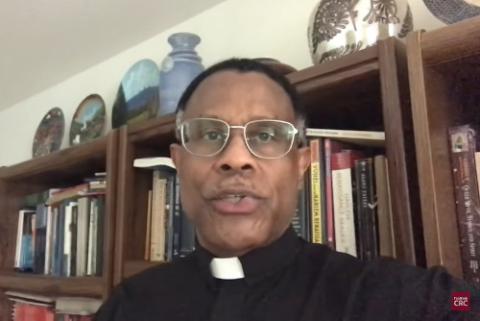 Although the church hasn't been too welcoming in the past, J.R. Zerkowski, executive director of Fortunate Families, an organization supporting parents with LGBTQ children, asked members not to give up. Shelly Fitzgerald, a Catholic LGBTQ activist who was fired from her job for being gay, called on them to be hopeful and not doubt their place in the church. "I pray that you always believe that you have a place in this church," she said.

Others were more hopeful of an inclusive environment in the years to come.

The conference is scheduled to reconvene next year in New York City.