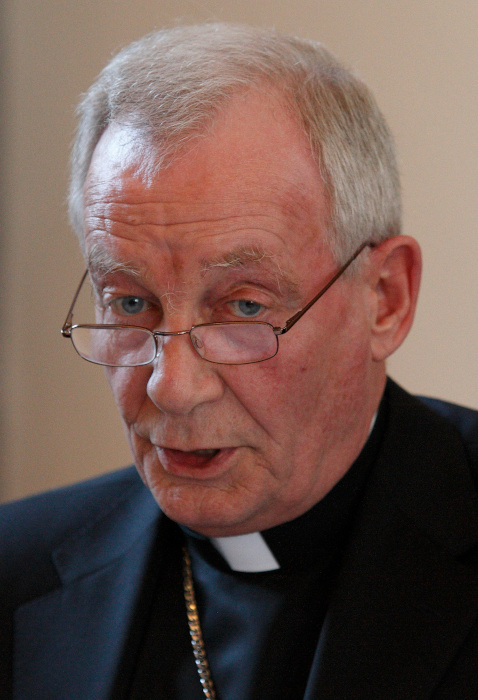 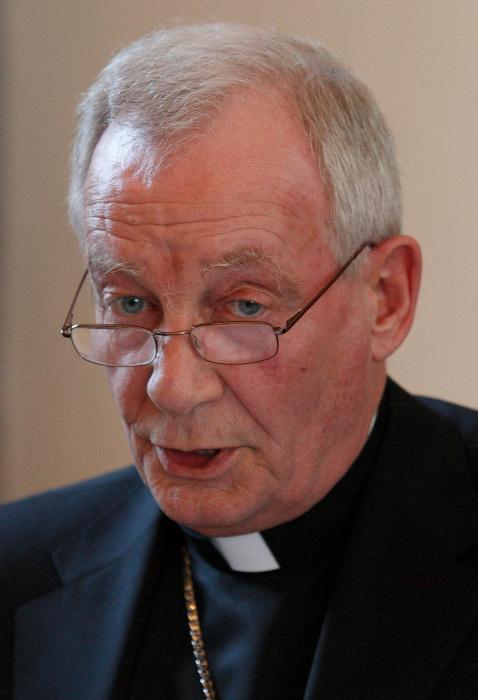 Catholic leaders paid tribute to Archbishop Peter Smith, vice president of the Bishops' Conference of England and Wales, who died March 6 after a short illness.

The 76-year-old retired archbishop of Southwark was diagnosed with cancer several weeks earlier and died 10 days after he was admitted to the Royal Marsden Hospital in London for treatment.

Cardinal Vincent Nichols of Westminster, president of the bishops' conference, said he learned of Smith's death "with great sadness."

"Archbishop Peter devoted his life entirely and unwaveringly to the service of the Lord in his church. Peter served as bishop in three dioceses," he said in a statement posted March 8 on the website of the Archdiocese of Westminster.

"There are, then, many who will remember him personally and treasure those memories," he said.

"He was a fine leader in the bishops' conference, acting as vice president for many years and leading our efforts in matters of social policy," he continued. "He was a steadfast and effective opponent of all measures in favor of assisted dying. We owe him deep gratitude for his unflinching leadership.

"Peter's warmth of character and strong personality will be sorely missed, not least by me," he added.

In a message to his archdiocese, Archbishop John Wilson of Southwark said he and the cardinal visited his predecessor in the hours before Smith's death.

The archbishop, he said, received the sacrament of the sick shortly before he died in the presence of Fr. Philip Glandfield, his former secretary.

"In a ministry that spanned almost 50 years, Archbishop Peter made an outstanding contribution to the Catholic Church across three dioceses, and nationally through his service on the Catholic Bishops' Conference of England and Wales," Archbishop Wilson said in the message, posted March 7 on the website of the Archdiocese of Southwark.

"Most importantly, he was a disciple who witnessed to Christ with straightforward, splendid faith and radiant joy," he said. "Together with the other dioceses in which Archbishop Peter served, we mourn him with enormous affection and deep gratitude for all he gave so willingly and selflessly to so many people."

He graduated with a law degree from Exeter University, then entered St. John's Seminary in Wonersh, England, and earned a doctorate in canon law from the Pontifical University of St. Thomas Aquinas (Angelicum) in Rome, before he was ordained July 5, 1972.

He taught canon law at St. John's Seminary before serving as rector there from 1985 to 1995, when he was appointed bishop of East Anglia by St. John Paul II. In 2001 he succeeded Archbishop John Ward of Cardiff, Wales, who resigned amid a clerical child abuse scandal.

He became archbishop of Southwark in 2010 following the resignation on health grounds of Archbishop Kevin McDonald. He also served from 2014 to 2015 as apostolic administrator of the Diocese of Arundel and Brighton.

Pope Francis accepted his resignation when he reached the mandatory retirement age of 75, and he stepped down as archbishop of Southwark in last June.

From 1998 to 2019, Smith served as chairman of the Department for Christian Responsibility and Citizenship, and in this capacity vigorously opposed attempts to legalize assisted suicide in the United Kingdom. He also was also a former chairman of the Catholic Truth Society, a London-based publisher.

In a March 7 tweet, the publishing house said Smith "guided CTS back to health in the late 90s and will be gratefully remembered as one of the most inspiring leaders of its history."

CAFOD, the overseas aid agency of the Catholic Church in England and Wales, also paid tribute to him on Twitter.

"He was a long-standing and dedicated supporter of CAFOD and our work," it said. "He was instrumental in the development of our Romero House office, and the building itself is a tribute to him."