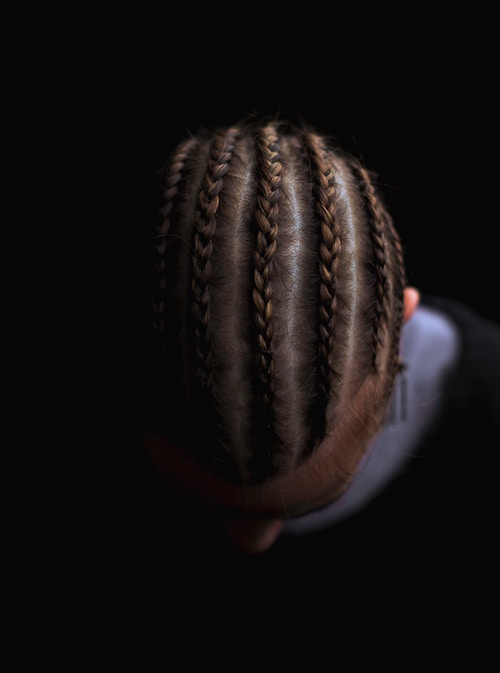 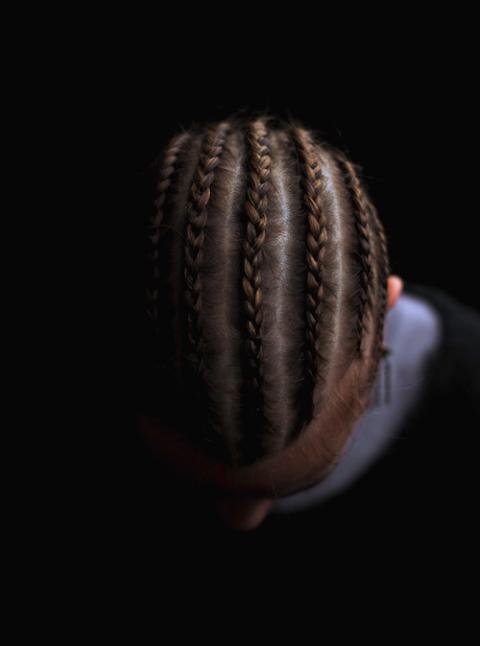 On the first day of third grade, J.B. wore cornrows to school. When his grandmother, Joan Batts, went to pick him up, she saw the principal waiting for her. Rubbing the top of J.B.'s head, the principal told Joan, "We don't accept this," according to a complaint filed in the New York State Supreme Court.

J.B.'s school, Immaculate Conception Catholic Academy in Jamaica, New York, spelled out a ban on natural hairstyles in its grooming policies. They gave the family a week's time to change the child's hair. Unwilling to do that, the boy's mother, Lavona Batts, moved her son to another school and filed a discrimination lawsuit.

Batts' case isn't unique. The problem of hair discrimination disproportionately affects black students. A high schooler in New Jersey was forced by a referee to cut his dreadlocks or forfeit his wrestling match. A Catholic school in Louisiana sent a 11-year-old girl back home for her braided hair. In California, a high schooler was suspended for wearing braids.

According to critics, these grooming policies are Eurocentric in nature, displaying a bias against hairstyles associated with racial identity.

"We tell children, 'God is in you. But, in society at large, we only accept the parts of you that look like us. Because God wouldn't have cornrows. God wouldn't have dark skin. God looks like us — God is white.' And I think that's the impression, that God in goodness is affiliated with white culture," said Bellow.

Schools, she said, encourage all students to wear styles similar to white people. Whiteness, say scholars, is considered the pinnacle of Western Civilization. "It's not just that it's a good civilization, but it's the blessed civilization — the one considered to most closely exhibit God's will," said María Teresa (MT) Dávila, former associate professor of Christian ethics at Andover Newton Theological School, a Protestant seminary located in Newton, Massachusetts, and now associate professor of practice at Merrimack College in North Andover.*

Neither law, however, applies to religious institutions such as Catholic schools.

But the schools should observe the regulations, said Dávila. Policing black students' hair is a vestige of America's racial and segregated past, she said, harkening back to the public hygiene codes that were imposed on black people.

Blackness and the Catholic Church

Pope Francis has been a vocal anti-racism advocate. Yet, church leaders and institutions have not adequately responded to the problem, critics say. The U.S. bishops' document on racism, "Open Wide Our Hearts," calls out racism as a sin, but does little to implicate white privilege or demand self-reflection that goes beyond "historical wrongs".

"So a school system, a church or Sunday school is not feeling pushed to do the kind of self-reflective reading and action that would lead to changing the dress code policies. And that's the problem with this document," said Dávila. It allows the bishops to get away with not demanding that their schools re-look at their dress code policies, she said.

C. Vanessa White, professor of spirituality and ministry at Catholic Theological Union in Chicago, said that the 1979 pastoral letter, "Brothers and Sisters to Us," contained stronger language than the 2019 document, yet little changed. While institutions of higher learning are preparing leaders to be sensitive to cultural differences, she said, administrators who form and implement school policies lack such knowledge.

"Who is teaching them how black people's hair has been historically weaponized against them? We are confronted with leadership in educational institutions who are still very much Eurocentric," said White.

What White found especially concerning is that schools are looking for loopholes to enforce their policies, instead of "being pastoral, ministerial or disciples of Christ."

The teachings of Vatican II, said Bellows, have not been catechized to the Catholic community at large. While Gaudium Et Spes recognized the importance of culture in the full development of people, few in the church embraced it.

"And that's why you still have a Catholic school administrator who would treat a child so unkindly, because she's protecting the whiteness of Catholic Christianity, instead of protecting the human dignity of this young man," she said.

"There are young men in the seminary who are chastised for wearing their hair in braids or twists. You can't be a priest with hair that way. So the lack of appreciating cultural diversity runs throughout the church. And this is happening at a time when we are recognizing six African Americans as candidates for sainthood," said Bellow.

Dávila points to the "heavy clericalism" in the church that forces homogeneity. Voices that try to raise the issue of racism and micro-aggression are pushed aside. "It's [clericalism] not going to allow a relook into our religious school policies that are damaging to the human person." 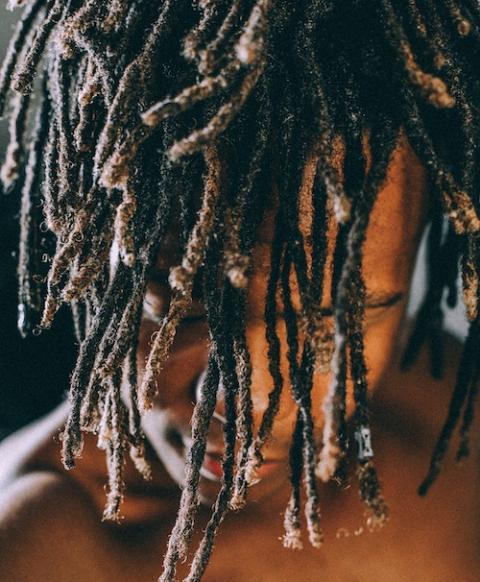 When a child is sent back home for their hair, it has a deep psychological and spiritual effect, according to critics of school hair policies. "The child is made to feel there is something wrong with them. And that's a trauma that can't be erased," said White.

Batts admitted that her son loved his cornrows and was "humiliated, distressed" and felt unaccepted. She tried talking to the principal, but received no response. While she looked for a new school for her son, her mother began researching the law. They approached attorney Oliver Koppell to file a lawsuit on their behalf, alleging discrimination.

"This is a matter of significant emotional effect on people. The way people wear their hair is an important aspect of their being. It's like trying to regulate a Sikh's turban," said Koppell.

The lawyer said it's been difficult to get the school to respond to the lawsuit. "We tried to serve them with a copy of the summons and complaints, but they kept sending our process server back," said Koppell. A few weeks ago the school finally accepted it through their lawyer, but Koppell has yet to receive an answer.

John Quaglione, the deputy press secretary of the Diocese of Brooklyn, of which Immaculate Conception Academy is a part, said that the board of directors have amended the school's policy and as such, there is no longer any hair policy listed in the student handbook. The updated handbook is not yet available on the school website as of this publication. The academy's site does feature photos that include a number of girl students who are wearing their hair in braids, cornrows and other longer natural styles.

Hair braiding is more of a shared experience, and in many cases a family-involved process over steaming cups of tea or coffee, where many hands change. It follows a familial network of touch and community, even in salons. But when a center of education imposes hair policies, it sends out a message to black children that everything they hold dear and familial is not going to help them flourish in school, say critics of the hair policies.

"That is at the root of racism, at the very heart of how we've experienced racism in this country, which is that blackness does not help people flourish, and therefore it has to be beat out of them," said Davila. 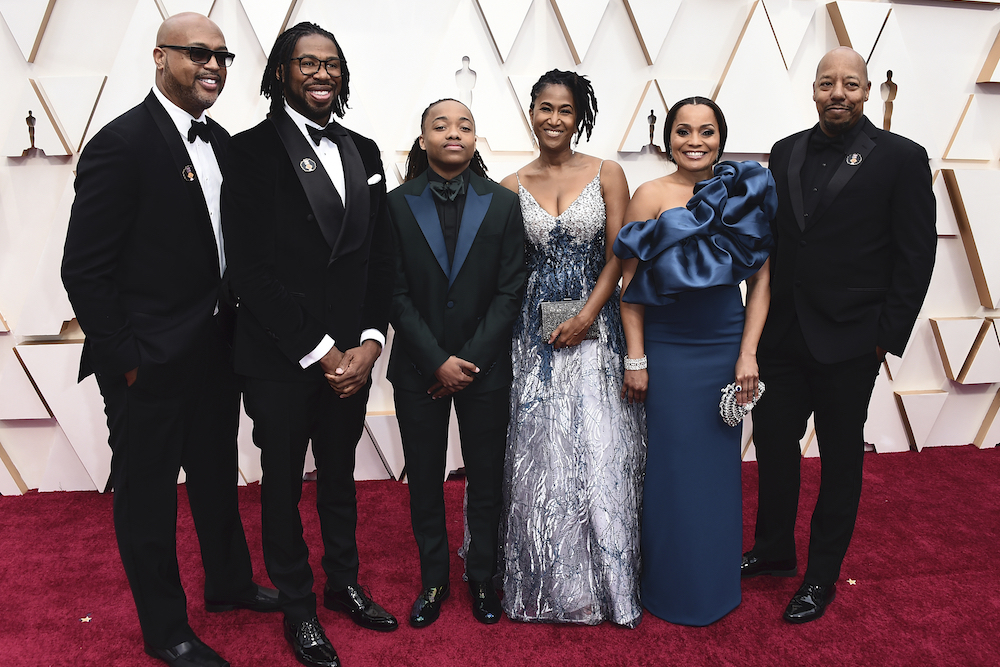 Matthew A. Cherry, second from left, Deandre Arnold, his mother Sandy Arnold, second from right, (in blue) pose with the cast and the crew of "Hair Love" upon arriving at the Oscars on Feb. 9, 2020, at the Dolby Theatre in Los Angeles. (AP/Invision/Jordan Strauss)

Church and the perception of culture

The natural hair movement has been growing in the past few years and many black people are embracing their identity and culture. At the Oscars this year, "Hair Love" won for best animated short. The film is a poignant and joyful tale of accepting and loving natural hair. Walking the red carpet with the producers and director was Texas public high school student DeAndre Arnold, who was told he couldn't attend graduation unless he cut his dreadlocks.

Bellow said that American society views blackness through a superficial lens, without understanding that "the hair, the music, the dance and the food are really expressions of the culture."

The perception of African culture, is heavily influenced by Western ideals, she said.

The church, said White, needs to move beyond its place of isolation and ignorance, and embrace different cultures. While the faith is booming in Africa, India and South America, the church has done very little cultural preparation for people that come from those regions.

"The church has to do the hard work of understanding God's creation, diversity in God's creation, and then practicing that appreciation we talk about in glowing terms in our social teaching," said Bellow.

Taking the legal route is not going to get policies changed, because the law makes an exception for church institutions, said Davila. She thinks that the arguments need to be theological and ethical — going back to Catholic social teaching. And for this, the bishops need to lead the way.

The academics say that Francis points to diversity as being essential to the human family. He stresses that diversity is an attribute of a God of mercy. But bishops have been less out front.

"We can cry racism all we want within the Catholic Church and schools, but if we are not actively noticing cultural and racial biases in dress codes and how schools function, we are not going to make the changes," said Davila.

A version of this story appeared in the March 6-19, 2020 print issue under the headline: Catholic schools slow to accept cultural significance of black hair.