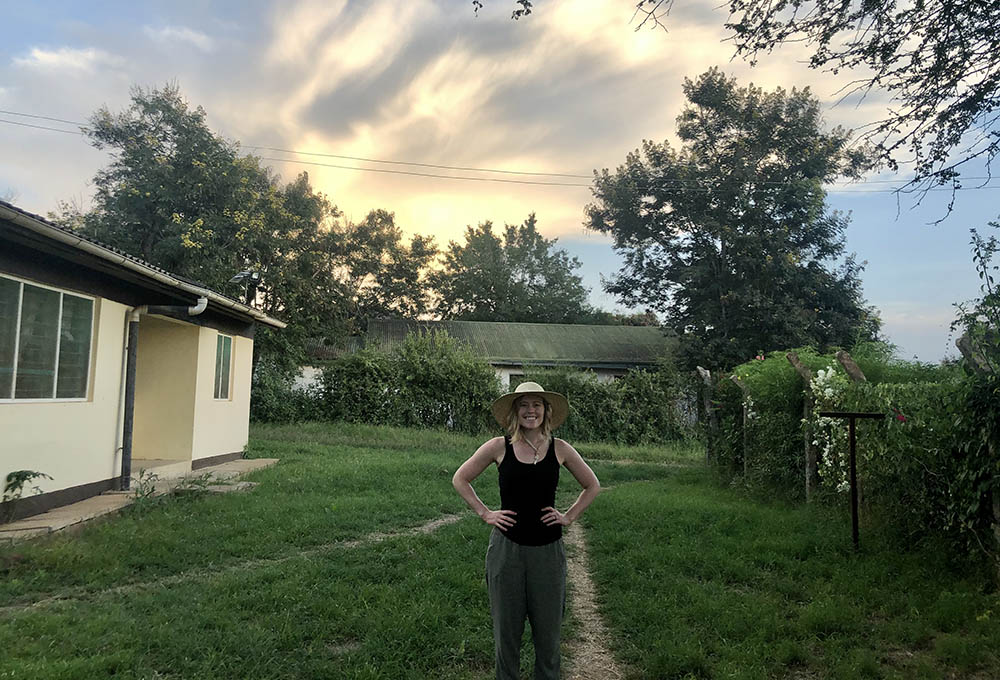 Hundreds of international Catholic volunteers were recalled from their countries of service at the beginning of the pandemic in 2020. A year later, they and their volunteer programs are still struggling to adapt.

"Super messy" is how Hannah Klein with the Jesuit Volunteer Corps described the time between hearing about COVID-19 on a Friday and boarding a flight to the United States the following Monday.

Klein had volunteered at Akoyikoyi School in the Federated States of Micronesia for seven months and was fiercely committed to finishing her two-year term. She initially fought her organization's mandate to return home, begging for extra time to facilitate a smooth transition for her students. Eventually, she submitted to Jesuit Volunteer Corps leadership. 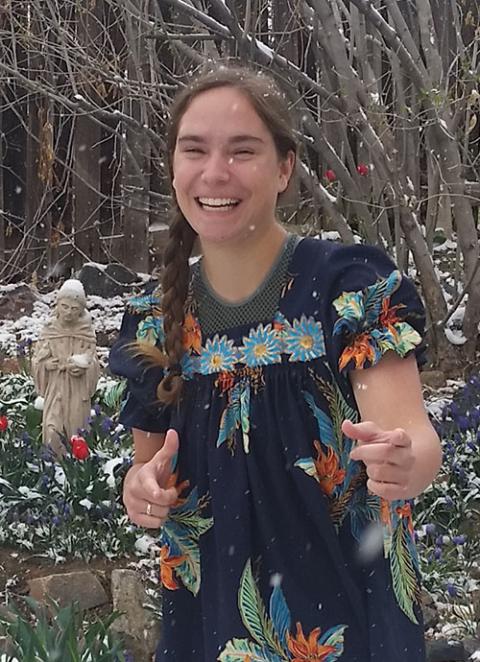 As she said her rushed goodbyes, Klein struggled to explain the complex issues surrounding the pandemic using her limited knowledge of Chuukese, the local language. She kept repeating the word for "sickness" over and over, desperately hoping her friends would understand that she did not want to go.

"The hardest thing was to leave people in the lurch," Klein told NCR. She cared deeply for her students and was dedicated to her mission as a teacher. She knew her absence would stretch already limited resources even thinner.

For Whitney Hurt-Wonderlich, a Catholic Medical Mission Board volunteer, the most challenging part was "feeling like we were listening to God tell us to go and then also listening to him telling us to come right back."

Hurt-Wonderlich was a mere three weeks into her six-month service commitment in Kenya when she left. "It felt like a big waste, did I hear [God] correctly? What was our purpose in going? ... Was it just to learn to listen to God?" she mused.

When Hurt-Wonderlich and her husband returned to the U.S., they faced an even more immediate concern: "What do we do now that we have six months free in the U.S. with no jobs and nowhere to live?" As a pharmacist and a doctor, they were able to find jobs even though it meant moving to a new state.

Klein found a creative solution to being unemployed and missing her students. She volunteered and later was hired as a virtual teacher for the school in Micronesia. With the 17-hour time difference, she starts teaching around 7:30 p.m. most evenings. Working past midnight is an inconvenience she said she happily bears for the sake of her beloved students.

While all Jesuit Volunteer Corps and Catholic Medical Mission Board volunteers were recalled, volunteers with other organizations were able to choose between staying and going. For example, there were 150 Fidesco volunteers in the field when COVID-19 hit. Only 15 of them went home early, citing distance to local health care facilities or having young children as the main reasons to leave.

Fidesco is a Catholic nongovernmental organization that recruits and trains volunteers for development projects in countries in the global south. It was founded in 1981 by the Emmanuel Community.

Elizabeth Hughes, the executive director of the Franciscan Mission Service, had 15 missioners in the field in early 2020. She guided them through a discernment process where they reflected on numerous questions, such as: "Where am I the safest? Where can I best live my call to live with marginalized peoples? What voices around me am I paying attention to? ... What is the local health care capacity?"

By the conclusion of the discernment process, all 15 missioners chose to remain in their service locations.

Hannah Hagarty is a Franciscan Mission Service volunteer who stayed at her service site in Jamaica. She reached this decision easily, remarking: "I felt called to be here. ... I trusted that God would be here with me and ... I never really questioned it."

The decision was harder on her family, who voiced concerns about the health care infrastructure on the island, but, ultimately, they supported her choice. 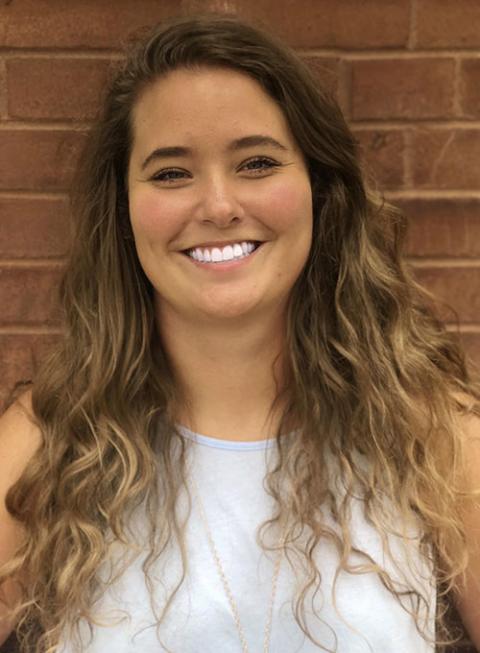 A year after these tough decisions were made, volunteers and their service organizations continue to face great uncertainty.

The Catholic Volunteer Network surveyed 70 Catholic volunteer organizations and found that 80% (56 programs) were still planning to place volunteers in 2021 even though 48.5% (33 programs) were experiencing a drop in funds, according to a report the group released to NCR.

Those that choose to reopen are scrambling to modify their programs to keep their volunteers as safe as possible.

Some programs are pivoting to online platforms so that volunteers can be part of the COVID-19 recovery process without ever leaving the United States. For instance, Catholic Medical Mission Board medical volunteers are creating educational materials to send to local staff in Peru, Zambia, South Sudan, Haiti and Kenya. Also, volunteer chaplains with Catholic Medical Mission Board are making a program to build emotional and spiritual resilience with workers on the ground.

While returned volunteers grapple with what to do now, and international service organizations seek innovative ways to stay connected despite travel restrictions, many domestic Catholic service programs are open and in need of volunteers.

Margaret McIntyre-Stacy, the program director of the Capuchin Franciscan Volunteer Corps in Cleveland, said she is "grateful we can operate in some capacity to fill the need even though I wish we were able to do more." She echoed the message of many administrators who are now searching for the brave individuals who will choose to volunteer in the time of COVID-19.

The pandemic has forced international Catholic volunteer organizations to either shut down or adapt and grow. It cut terms of service short and threw volunteers' lives into turmoil.

But as Hughes with Franciscan Mission Service summarized, there is "such suffering and grief and uncertainty in the world but at the same time there is this paradoxical abundance ... [of] so many individuals that are saying 'yes' to missions."

[Alyson Rockhold has volunteered in Tanzania, Haiti and Zambia, and her writing has been featured in several outlets. You can follow her work and sign up for her newsletter at www.alysonrockhold.com.]

This story appears in the Coronavirus: One year later feature series. View the full series.
A version of this story appeared in the May 14-27, 2021 print issue under the headline: Catholic volunteer programs struggle to adapt to pandemic realities. 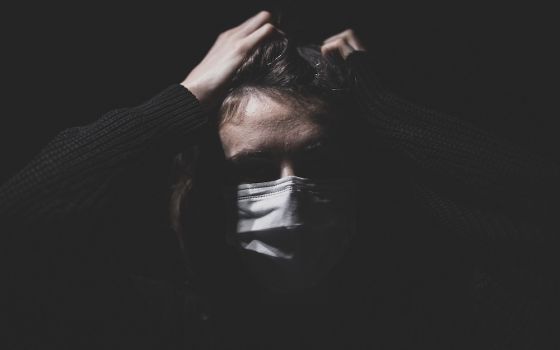 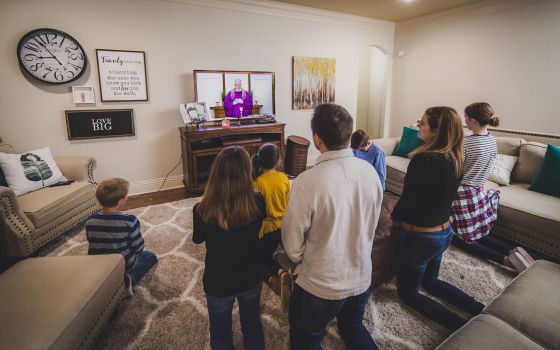 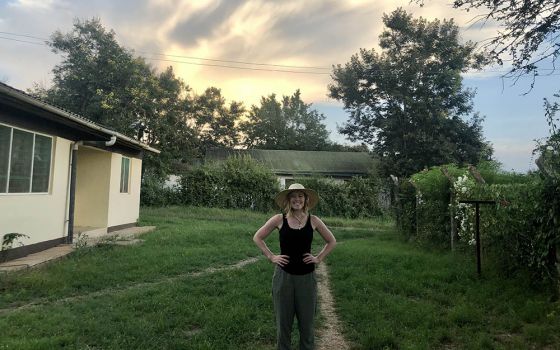 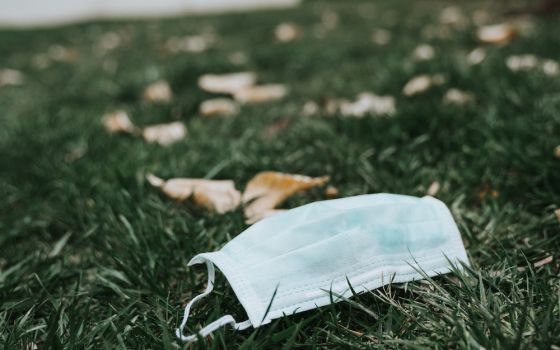