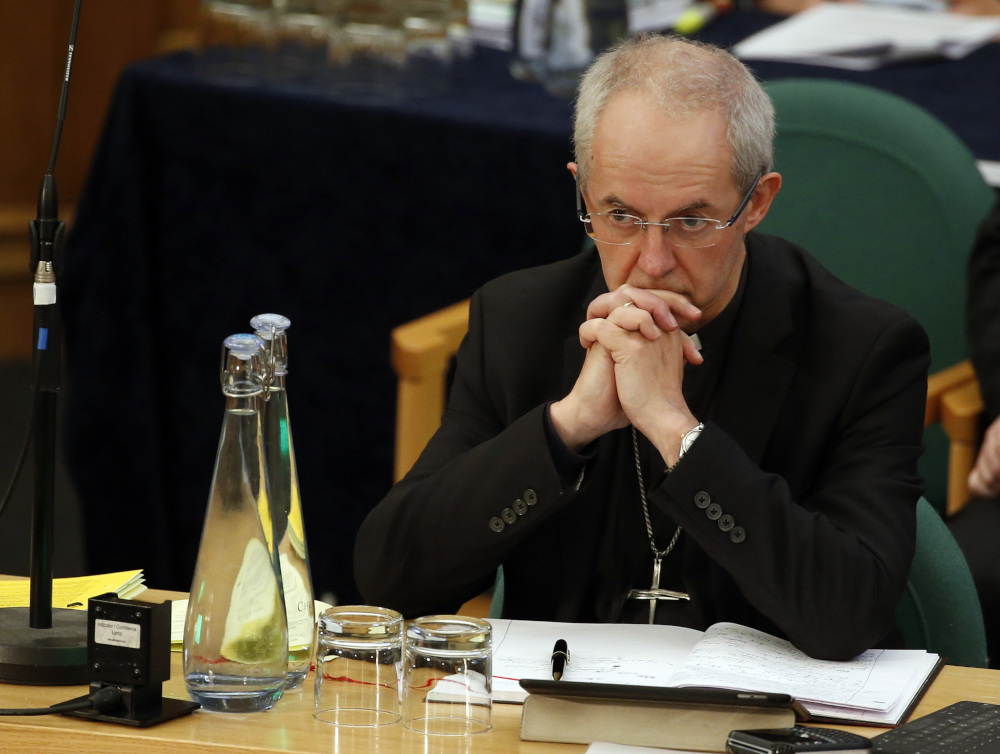 The Archbishop of Canterbury Justin Welby listens to debate at the General Synod in London, on Feb. 13, 2017. Less than half of people in England and Wales consider themselves Christian, according to the most recent census – the first time the country's official religion has been followed by a minority of the population. Figures from the 2021 census released Tuesday, Nov. 29, 2022, by the Office for National Statistics reveal that Britain has become less religious, and less white, in the decade since the last census in 2011. (AP Photo/Alastair Grant)

Fewer than half the people in England and Wales consider themselves Christian, according to the most recent census — the first time a minority of the population has followed the country's official religion.

Britain has become less religious — and less white — in the decade since the last census, figures from the 2021 census released Nov. 29 by the Office for National Statistics revealed.

The other parts of the U.K., Scotland and Northern Ireland, report their census results separately.

Secularism campaigners said the shift should trigger a rethink of the way religion is entrenched in British society. The U.K. has state-funded Church of England schools, Anglican bishops sit in Parliament’s upper chamber, and the monarch is “defender of the faith” and supreme governor of the church.

Andrew Copson, chief executive of the charity Humanists U.K., said “the dramatic growth of the non-religious” had made the U.K. “almost certainly one of the least religious countries on Earth.”

“One of the most striking things about these results is how at odds the population is from the state itself,” he said. “No state in Europe has such a religious set-up as we do in terms of law and public policy, while at the same time having such a non-religious population.”

Archbishop of York Stephen Cottrell, one of the most senior clerics in the Church of England, said the data was “not a great surprise,” but was a challenge to Christians to work harder to promote their faith.

“We have left behind the era when many people almost automatically identified as Christian, but other surveys consistently show how the same people still seek spiritual truth and wisdom and a set of values to live by,” he said.

Almost 82% of people in England and Wales identified as white in the census, down from 86% in 2011. Some 9% said they were Asian, 4% Black and 3% from “mixed or multiple” ethnic backgrounds, while 2% identified with another ethnic group.