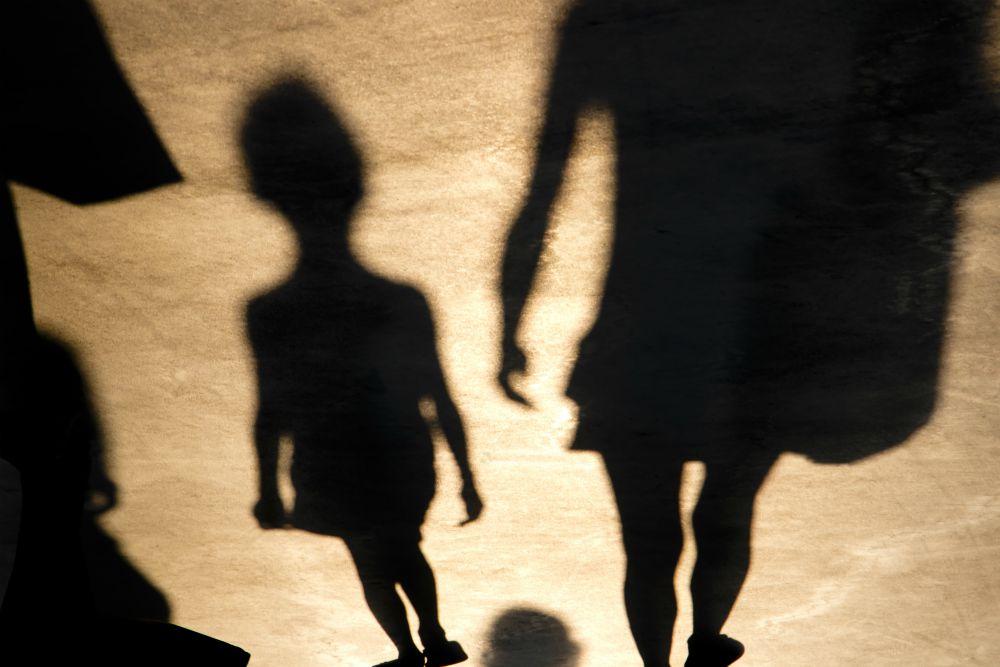 Child sexual abuse in the United States is at epidemic levels.

More than 60,000 children are reported to have been abused every year, outnumbering those killed by guns or cars. Those who survive are often left not only with physical wounds, but also with psychological wounds that may never heal. These wounds exact both a profound personal and social cost.

Much attention has been focused on the issue of child sexual abuse and the Catholic Church, and rightly so. Allegations of abuse by clergy and church workers as well as cover-ups and bureaucratic mishandling by bishops, dioceses and religious orders have caused terrible pain for survivors of such abuse and their families. It also has resulted in disillusionment on the part of ordinary Catholics. The cost of this abuse and its aftermath totals more than $4 billion so far, according to the U.S. bishops' Secretariat for Child and Youth Protection.

While the Catholic Church continues to struggle with this legacy, it has instituted a wide variety of steps to improve oversight, identify abusers and protect children.

One under-reported fact from the recent, highly publicized Pennsylvania grand jury report is that for all of the many horrors it identified, the good news was that it appeared to document the decline in current cases.

As Jesuit Fr. Tom Reese told America magazine in its Dec. 24 issue, every one of the accused priests in the report was either deceased or had been removed from ministry, "and only two had been accused of abusing a child in the last 20 years."

During these same 20 years, however, an estimated 1.2 million children in this country were abused nationwide in schools, organizations, churches and families.

Understanding the plague of sexual abuse in this country means going beyond the immediate headlines and understanding what experts are saying about this scourge. It also means looking not only at the Catholic Church but at all institutions and societal structures where abuse can take place.

So far, no grand jury, congressional committee or law enforcement organization has undertaken a broad societal investigation of what is happening to children in public or private schools, in sports and other youth-oriented programs and organizations, in pediatric facilities and perhaps most common, in families. (In Australia, a Royal Commission investigation of child abuse in nongovernmental organizations took five years.)

Related: The ball is in Pope Francis' court over the culture of cover-up

"Sexual victimization of children is a serious and pervasive issue in society. It is present in families, and it is not uncommon in institutions where adults form mentoring and nurturing relationships with adolescents, including schools and religious, sports and social organizations," said the John Jay report issued in May 2011 on "The Causes and Context of Sexual Abuse of Minors by Catholic Priests in the United States, 1950-2010."

The U.S. Catholic Church "is no greater [an] offender than anybody else. In fact, some of the statistics would say that priestly abuse among minors is less than other professions," the cardinal said.

He made the remarks in late January after the New York Legislature passed a measure to ease the statute of limitations on civil abuse cases. The state's Catholic bishops agreed to support the bill after it was broadened to include not just the Catholic Church but public institutions.

Over the years, highly touted organizations such as the Boy Scouts, U.S.A. Gymnastics and Penn State have had abuse scandals.

Often such organizations are accused of behavior similar to what the Catholic Church has been accused of: denials, cover-ups, relocation of predators and unwillingness to tell authorities.

In July 2018, shortly before the Pennsylvania grand jury report was released, a team of Chicago Tribune reporters turned out a special series on abuse in Chicago's public-school system: "Betrayed: Chicago schools fail to protect students from sexual abuse and assault, leaving lasting damage."

"Whether the sexual attacks were brutal rapes, frightening verbal come-ons or 'creepy,' groping touches, the students often felt betrayed by school officials and wounded for years," the paper reported.

"When students summoned the courage to disclose abuse, teachers and principals failed to alert child welfare investigators or police despite the state's mandated reporter law," it said.

The Tribune is hardly the first media outlet to examine abuse in the nation's public schools. In December 2016, USA Today published its own series.

"Despite decades of repeated sex abuse scandals — from the Roman Catholic Church to the Boy Scouts to scores of news media reports identifying problem teachers — America's public schools continue to conceal the actions of dangerous educators in ways that allow them to stay in the classroom," it said.

USA Today's network of media outlets conducted a yearlong investigation and "found that education officials put children in harm's way by covering up evidence of abuse, keeping allegations secret and making it easy for abusive teachers to find jobs elsewhere."

"As a result, schoolchildren across the nation continue to be beaten, raped and harassed by their teachers while government officials at every level stand by and do nothing," the paper reported.

How bad may it be in our schools? According to an Associated Press 2017 investigative report, abuse cases are underreported, but what is tallied is staggering.

The yearlong investigation "uncovered roughly 17,000 official reports of sex assaults by students over a four-year period, from fall 2011 to spring 2015."

"Though that figure represents the most complete tally yet of sexual assaults among the nation's 50 million K-12 students," AP said, "it does not fully capture the problem because such attacks are greatly underreported, some states don't track them and those that do vary widely in how they classify and catalog sexual violence. A number of academic estimates range sharply higher."

"Elementary and secondary schools have no national requirement to track or disclose sexual violence, and they feel tremendous pressure to hide it," AP reported. "Even under varying state laws, acknowledging an incident can trigger liabilities and requirements to act. And when schools don't act — or when their efforts to root out abuse are ineffectual — justice is not served."

2018 began with sentencing of Larry Nassar, the former U.S.A. Gymnastics and Michigan State University sports doctor who was world famous because he treated the top U.S. Olympic women gymnasts. He was convicted and sentenced to 40 to 175 years in prison after pleading guilty to seven counts of criminal sexual conduct. More than 150 women and girls testified during the court proceedings that he sexually abused them over the past two decades.

The U.S. Olympic Committee has launched an investigation on the inaction of then-USOC CEO Scott Blackmun and chief of sport performance Alan Ashley in the roughly yearlong period after they were informed of the allegations against Nassar.

In late 2018, another medical doctor was in the abuse spotlight over sexual misconduct that allegedly occurred from the 1950s through the 1970s: Dr. Reginald Archibald, who ran a prestigious clinic for about 30 years at Rockefeller University Hospital in New York, where he treated children who were small for their age.

The New York Times reported Oct. 18, 2018, that "parents sought him out" to get help for their children with this condition. The hospital, according to the story, sent a letter to as many as 1,000 of his former patients in September 2018 asking if Archibald had had inappropriate contact with them. The story said the hospital knew about the possible abuse in 2004; Archibald died in 2007.

As 2019 began, yet more news broke about sexual abuse. This time the alleged abuser is one of the biggest names in music and has been for over 20 years: R. Kelly.

In January a documentary series titled "Surviving R. Kelly" detailed decades of sexual abuse allegations against him. The multiplatinum R&B idol has repeatedly denied the claims, but many interviewed in the series alleged Kelly had been sexually inappropriate with them when they were underage.

Interviewees included Kelly's ex-wife and the singer's two brothers "as well as parents of women who say their daughters are currently being mistreated by Kelly," USA Today reported.

While doctors, teachers, clergy and other authority figures can be abusers, they also "can be neighbors, friends and family members," according to Darkness to Light, a South Carolina-based nonprofit organization dedicated to child abuse prevention. "Significantly, abusers can be and often are other children."

The younger the victim, the more likely it is that the abuser is a family member. Of those molesting a child under 6, 50 percent were family members. Family members also accounted for 23 percent of those abusing children ages 12 to 17.

Because of underreporting and a lack of systematic, nationwide data collection, estimates of sexual abuse can vary.

Understanding the scope and scale of child sexual abuse in this country is only the start.

[Greg Erlandson contributed to this story.]

Look for additional articles by Catholic News Service from the "Children at Risk" series, which will look at treatment for victims, the pursuit of predators, the threat of human trafficking and the impact of the internet on child abuse.