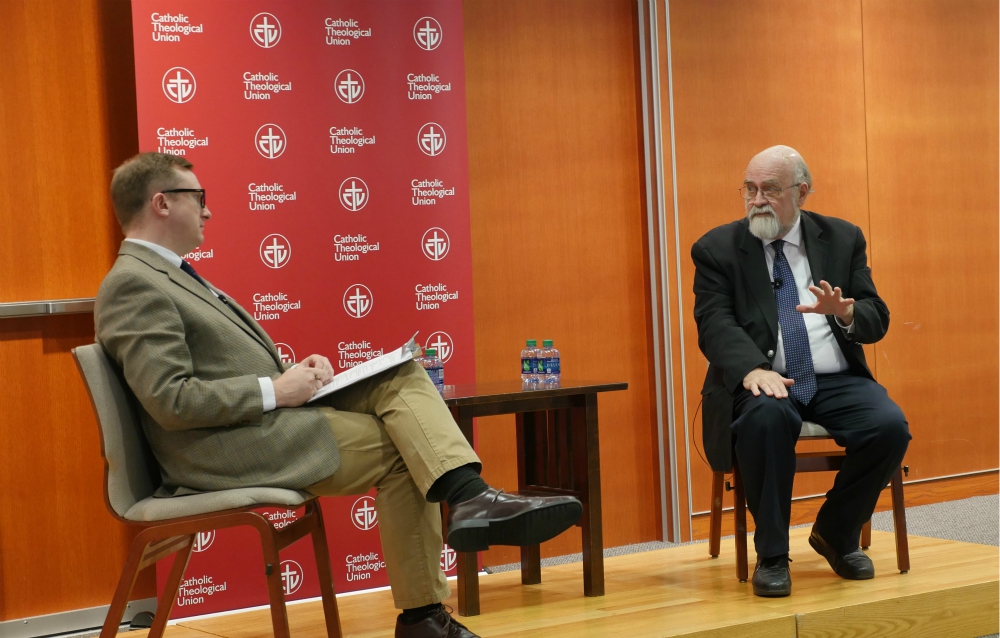 The deep divisions in United States today will only be addressed by creating safe spaces where people can get to know one another apart from the issues upon which they disagree, said a theologian with decades of experience with reconciliation and peacebuilding around the world.

And Christians have a particular role to play in such reconciliation, said Precious Blood Fr. Robert Schreiter, professor of systematic theology at Catholic Theological Union in Chicago, during a Dec. 1 conversation on "Peacebuilding at a Time of Political Polarization."

"Polarization is much more than difference of opinion," Schreiter said, noting that in-group/out-group dynamics come into play. "It evokes issues of survival, of safety and of belonging."

These "us-versus-them" reactions draw on deep emotional structures in the brain, which is why rational argument can be so ineffective in bringing polarized groups to common ground or even peaceful coexistence, he said.

Instead, Schreiter said, we need to draw on "the better angels of our nature" and work for reconciliation by creating safe spaces where people can come together and get to know one another as human beings.

Schreiter gave examples from his peacebuilding work in the former Yugoslavia, the Philippines and South Africa, but said the same principles could apply to political polarization in the United States.

Reconciliation is the central unifying story in Christianity, so it must also be the way Christians approach polarity and division, he said. And reconciliation is not the goal, but rather a process.

"But God is behind this process," he said. "God's vision and comprehension of this is so much larger than ours. ... That becomes the thing that holds us together."

The conversation with Schreiter was sponsored by Catholic Theological Union's Bernardin Center, whose namesake, Cardinal Joseph Bernardin of Chicago, was concerned about polarization before his death in 1996.

Bernardin saw the church as a place for dialogue and a source of unity, said Steven Millies, the new director of the center. "The church is a place where peace can begin in politics, in our church community and among the leaders of different faith," he said.