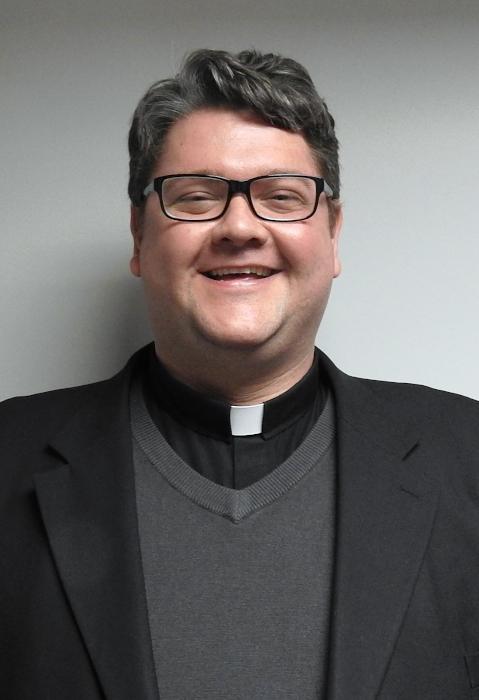 Fr. Robert McWilliams, 39, a priest in the Diocese of Cleveland, pictured in an undated photo. (CNS/Courtesy of Cleveland Diocese)

A Catholic priest is facing charges of possessing child pornography following his arrest at a suburban Cleveland parish.

Fr. Robert McWilliams, 39, was being held on $100,000 bond in Cuyahoga County Jail Dec. 6, a day after he was taken into custody at St. Joseph Parish in Strongsville. His first court appearance is set for Dec. 9.

The Diocese of Cleveland said in a statement Dec. 5 that the priest was immediately placed on administrative leave.

Officials with the Ohio Internet Crimes Against Children Task Force arrested McWilliams while serving a warrant to search the living and office spaces of the priest at the parish, where he served as parochial vicar, the diocese said.

The search was carried out as children from Sts. Joseph and John School, located on parish property, were playing outside. However, televised images of the arrest did not appear to show that the children recognized what was happening.

The parish was the only assignment McWilliams has had since his ordination in 2017, a diocesan spokesman told Catholic News Service.

The diocese stressed that it, the parish and the school were "committed to protecting children and stand ready with law enforcement to assist in the investigation."

Court records showed the charges stem from incidents that occurred from April 2016 through Dec. 5.

A task force spokesman did not return calls from CNS seeking additional information about the charges.