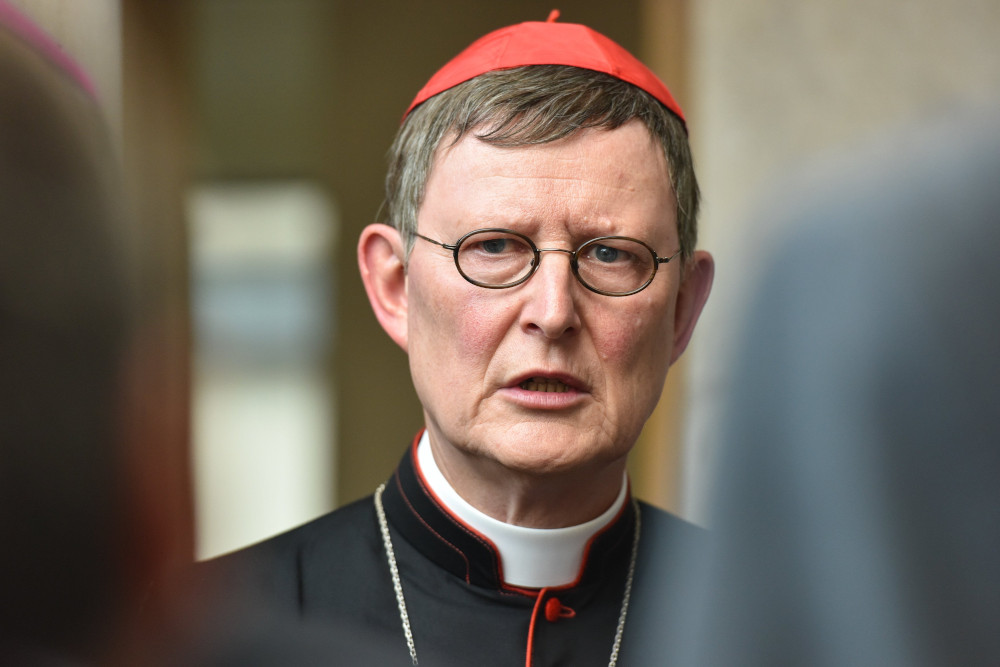 German Cardinal Rainer Maria Woelki of Cologne, pictured in a file photo, has praised small-group discussions in the Synodal Path process but warns some plans could lead to a "German national church." (CNS photo/KNA/Harald Oppitz)

"The worst outcome would be if the Synodal Path leads to a schism ... with the universal church," Woelki told Germany’s Catholic News Agency, KNA. "That would be the worst thing if something like a German national church were to be created here."

KNA reported that  Woelki also praised the most recent discussions within the Synodal Path, held in five regional conferences due to the coronavirus pandemic. Smaller groups of participants permitted a better exchange of arguments than would have been possible in the originally planned Synodal Assembly, Woelki said.

The Catholic Church in Germany launched the Synodal Path in 2019. Scheduled to run for two years, it is debating the issues of power, sexual morality, priestly existence and the role of women in the church. The aim is to restore trust lost in the clergy abuse scandal.

But the cardinal urged participants to avoid creating "unfulfillable hopes" regarding the ordination of women priests. This would cause frustration, he told KNA, because the issue had been decided by St. John Paul II.

"I cannot treat it as if the question were open," the cardinal said. "In that case, the discussion takes place outside the teaching of the church."

As pope, in 1994, St. John Paul reaffirmed that the church does not have the authority to confer priestly ordination on women and declared that this teaching is to be definitively held by all the faithful.

Woelki criticized the theological standard of some of the working papers prepared for the Synodal Path and said, "The whole world is looking at the church in Germany and at this Synodal Path right now, so we can't just permit ourselves to embarrass ourselves theologically through ineptitude."

He urged theologians in and outside the Synodal Path talks to become more involved in the debate.

Woelki also expressed the hope that the process would succeed in "initiating a true reform, which is definitely needed in the church."

The Catholic weekly newspaper Die Tagespost reported Sept. 17 that 53% of German Catholics said they were not interested in the Synodal Path. The lack of interest among Germans as a whole was greater at 63%, with 11% saying they were interested and 17% undecided.