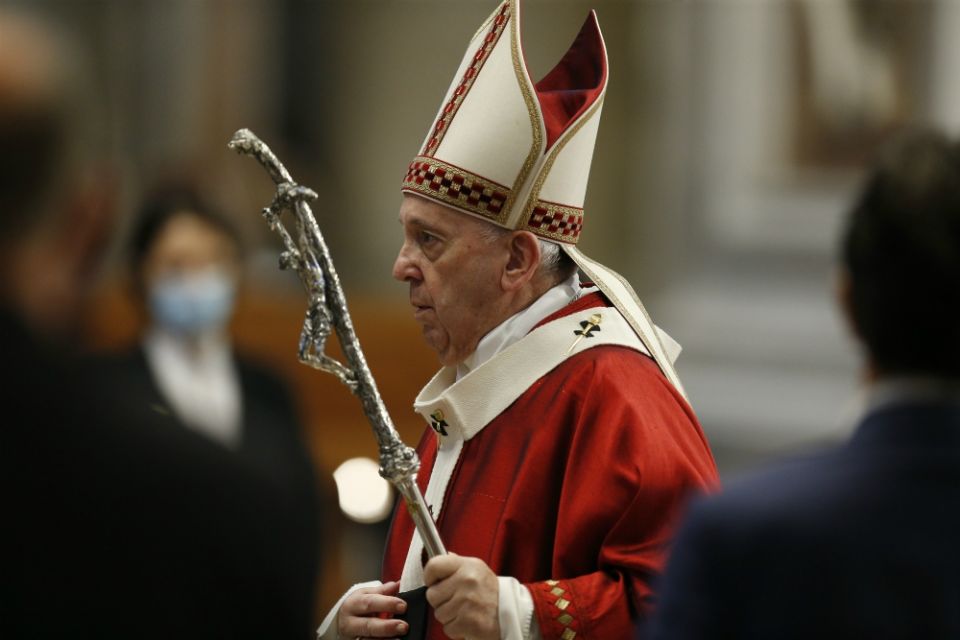 Professor M. Cathleen Kaveny has said, "Every guy with a copy of the catechism, an internet connection and an attitude thinks he's a theologian." Her insight goes a long way to explaining the bizarre case of Fr. Jeremy Leatherby of Sacramento, California.

The excommunication latae sententiae — that is, self-inflicted and automatic, although pronounced by ecclesial authority — incurred by Leatherby is, I believe, the first time a Catholic priest has been so severely disciplined because of his opposition to Pope Francis. I had added, but then deleted, the qualifying phrase "in part" to that sentence but, in fact, Leatherby's misconduct is all of a piece, and that piece is all related to the anti-Francis craziness that has taken hold among some on the Catholic right.

Sacramento Bishop Jaime Soto's letter to the faithful listed the reasons for Leatherby's excommunication: He continued to conduct public ministry despite his prior suspension, his refusal to pray for Francis in the Eucharistic Prayer, substituting the name of Pope Emeritus Benedict XVI instead, his refusal to pray for Soto in that same prayer, and his refusal to meet with Soto or respond to the bishop's efforts to discuss the situation.

Soto also insisted that the excommunication was not predicated on the current investigation into allegations that Leatherby violated his vow of celibacy:

Prior to these lamentable events, there has been an on-going canonical process concerning other alleged behaviors by Fr. Jeremy Leatherby in violation of priestly promises. This process admittedly has been long, is still continuing, and is in the hands of other ecclesiastical authorities. The events by which he has excommunicated himself are unrelated to these previous allegations and the ensuing investigation. These are two separate issues.

In Leatherby's own letter, he begins with the sexual allegations. It is interesting that he is so quick to forgive himself for whatever misconduct he committed with a woman. I wonder if he was as quick to forgive others who commit sexual sins?

But, no matter, the really important thing is that he abided by his suspension from public ministry until this year. He writes:

However, when I was going to call it quits, covid hit, and the sacraments were banned virtually throughout the world. The faithful were denied that which is most essential — even more essential than food or drink. They were denied the Eucharist, the Bread that without which one does not have life within him. I knew, canonically, that what was being done violated the law of the Church. The faithful, who request them and are in a proper state, have a right to receive the sacraments always. I couldn't stand by and watch as what I believe to be the greatest denial of Christ, since His very own crucifixion, was taking place.

The months with only online Mass were difficult, but not as difficult as being in the ICU with a ventilator, certainly not as difficult as living with the consciousness of guilt for participating in an event at which others caught this horrible virus and ended up gravely ill or dead. The failure to recognize the need for mutual sacrifices to avoid grave harm to fellow human beings was a blindness publicly articulated by — who else? — Archbishop Carlo Maria Viganò in his infamous letter to President Donald Trump.

Viganò, recall, said the public health emergency was being "managed" by nefarious forces associated with the "deep state."

"We will probably find that in this colossal operation of social engineering there are people who have decided the fate of humanity, arrogating to themselves the right to act against the will of citizens and their representatives in the governments of nations," Viganò wrote. It appears that Leatherby was drinking that Kool-Aid.

So, it is not really surprising that Leatherby, feeling justified in disregarding public health officials, and the California bishops who, despite their wide ideological diversity, have not challenged the public health requirements made of them and their flock, should also feel justified in refashioning Catholic ecclesiology to suit his purposes, refusing to pray for his bishop or the bishop of Rome in the eucharistic prayer.

Bishop Soto's sentence of excommunication again[sic] me is consistent with my relationship with Jorge Bergoglio (Pope Francis), with whom I cannot morally, spiritually or intellectually, in good conscience, align myself. Bergoglio's act of idol worship in Saint Peter's Basilica in October of 2019, his consistent promotion of religious syncretism, and his violation of the Church's constant sacramental tradition regarding the reception of Holy Communion by the divorced and remarried, among other things, has left me unable to consider myself in ecclesial communion with him. Further, and more importantly, I find it indefensible to hold that Pope Benedict's declaratio of 2013 fulfills the requirements for a valid act of resignation from the papacy, according to canon law; thus, I continue to regard Benedict as retaining the Office of Peter, as mysterious as that might be. Therefore, I do not regard Bergoglio as the Supreme Pontiff of the Roman Catholic Church. Frighteningly, I believe he may be the head of the "counter church" about which Venerable Fulton Sheen prophesied, or "the anti-church" spoken of by Karol Wojtyla (the future Pope John Paul II), or the "parallel church" written about recently by Archbishop Vigano.

Of course, Benedict is alive, so if he had any second thoughts about the validity of his resignation — and it would be his thoughts that matter, no? — he could voice them. He has not done so. I would like to ask Leatherby if he has had a private revelation into the matter?

Leatherby informs us that he is seeking to be dispensed from the clerical state in "the church over which Bergoglio reigns" and that he seeks to "live out my priestly promises independently." He has become a Protestant.

Two other sentences caught my eye: "Yes, I deservedly incur excommunication if Bergoglio is indeed the valid Successor of Peter, and I am guilty of causing great division within the Mystical Body of Christ," Leatherby writes. "However, I could not in good conscience do otherwise."

This caused me a tinge of sympathy for the wayward cleric. At least he acknowledges the church has the right to excommunicate and that his conscience might be ill-formed. How many liberal priests who have been excommunicated have done the same? And how many conservatives who were only too quick to applaud the excommunication of liberal clerics will now stand up and support this excommunication?

The politico-theological complex has found a new hero in Leatherby. Two years ago, Church Militant cited Leatherby in denouncing Soto for "persecuting orthodox priests." On Twitter, you can see the show of support for the excommunicate.

I do not know if Soto made the right decision here. Francis has been very patient in dealing with those who oppose him, and there is much to be said for his approach. What is clear is that the episode provides more evidence that the politico-theological complex exists, that people inclined to believe Francis is not the true pope are inclined to deny the need for public health measures to combat the coronavirus, that those who love Viganò are likely to applaud Bill Barr, and that Catholic supporters of Trump have had to swallow so much of their moral discernment, they are doubtless more inclined to believe the nonsense found among the anti-Francis brigades. That there are exceptions, no one can doubt, but they only prove the rule.

Five rules for disagreeing with the pope