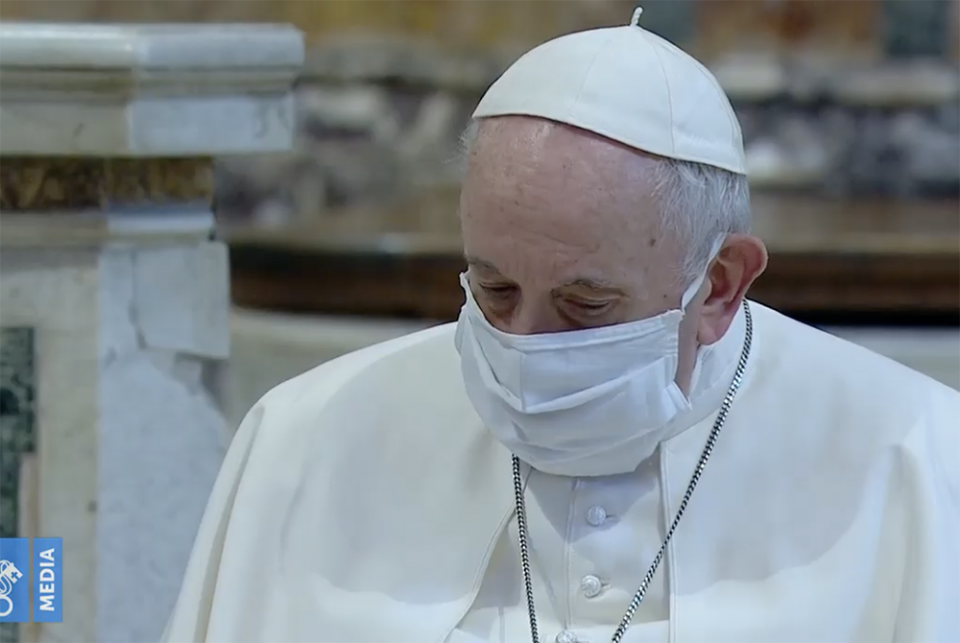 Rome — Taking part in his first public engagement with other religious leaders since the beginning of the coronavirus pandemic this spring, Pope Francis appeared at an interreligious prayer service near Rome's city hall Oct. 20 wearing a white mask.

It was the pope's first extensive use of a mask during a public event. Francis has previously used similar masks while being driven to his weekly general audiences at the Vatican, but had come under criticism, especially on social media, for removing his mask before those audiences.

The Vatican had previously noted that even while not wearing a mask, Francis had largely maintained social distance from those taking part in the audiences, which have been scaled down to adhere to Italy's strict coronavirus prevention protocols.

The Oct. 20 event, an annual peace service organized by the Sant'Egidio Community, started inside Rome's Basilica of Santa Maria in Aracoeli before moving to the nearby Campidoglio Square. 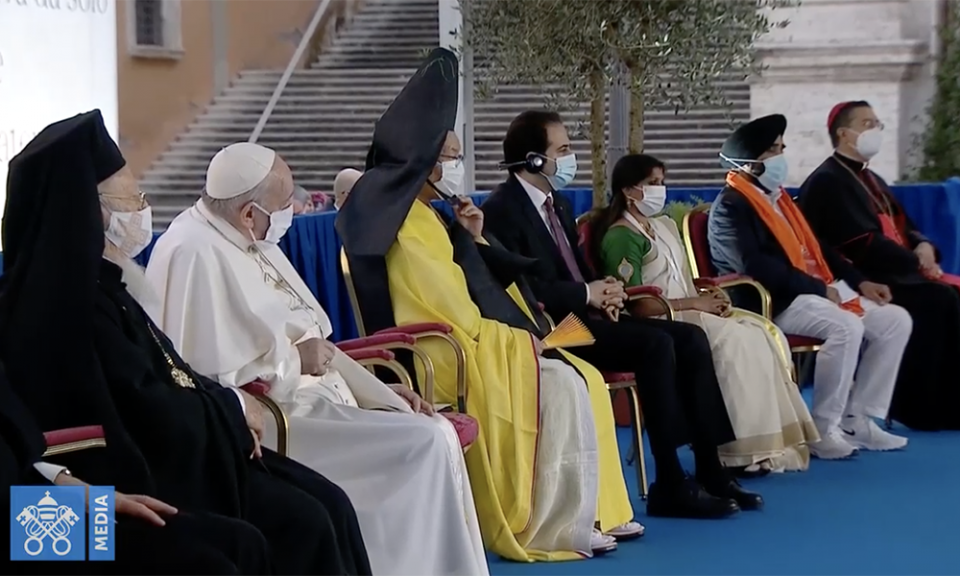 Among others taking part were Ecumenical Patriarch Bartholomew I; Bishop Heinrich Bedford-Strohm, chair of the council of the Protestant Church in Germany; Rabbi Haïm Korsia, the chief rabbi of France; and Shoten Minegishi, a Soto Zen Buddist monk.

Also present were a number of other dignitaries, including Italian President Sergio Mattarella and Rome Mayor Virginia Raggi.

All participants appeared to be wearing masks, which is now required by Italian law when outside your home except for those with specific medical needs.

Like other countries in Europe, Italy has experienced a spike in coronavirus infections over the past week, with daily infection numbers surpassing those reported at the height of the country's first wave of the pandemic in March. The Italian civil protection agency reported 10,874 new infections across the country on Oct. 20. 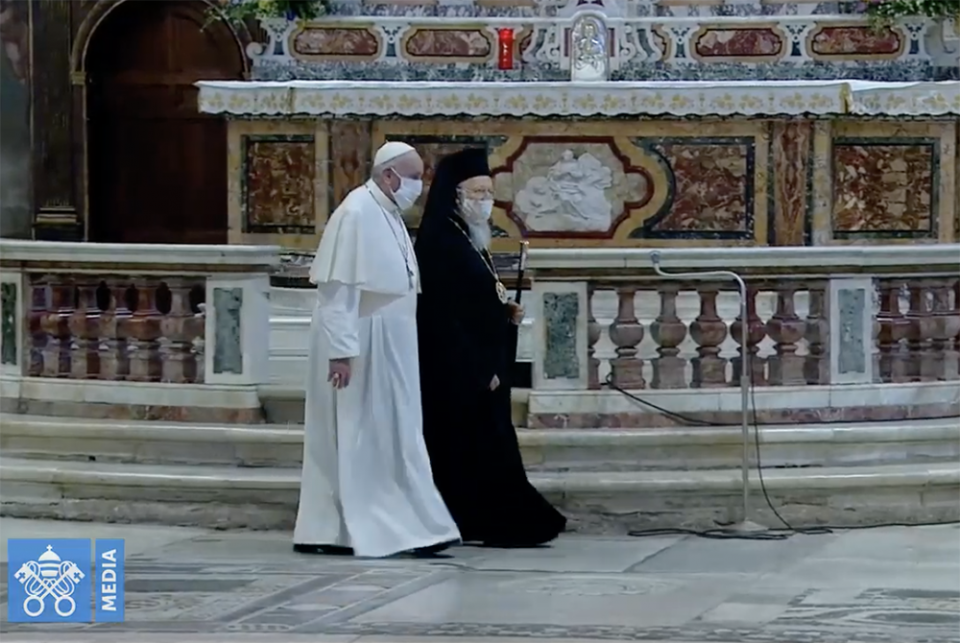 Pope Francis and Ecumenical Patriarch Bartholomew walk together at the end of the service Oct. 20 in Rome. (NCR screenshot/Vatican Media)

Francis did not mention the pandemic in a homily during a prayer service inside the Rome basilica, but offered instead a reflection on the temptation to try to "save yourself" without thinking of the needs of others.

"This is a great temptation," said the pontiff. "It spares no one, including us Christians. The temptation to think only of saving ourselves and our own circle. To focus only on our own problems and interests, as if nothing else mattered. It is a very human instinct, but wrong."

Jesus shows that death is not the last word, pope says