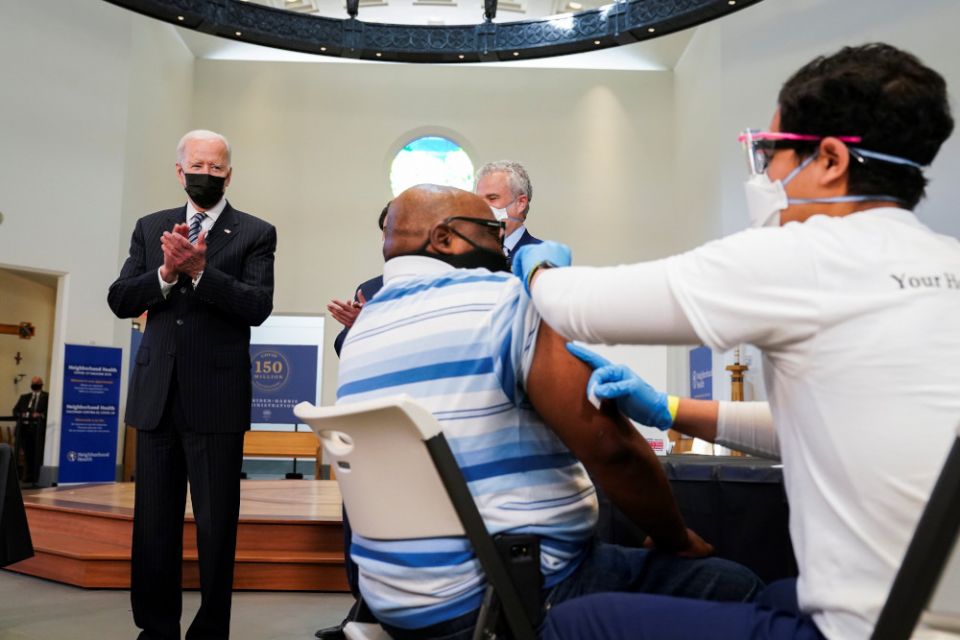 Washington — The Biden administration's May 5 announcement that it supports waiving intellectual property protections for COVID-19 vaccines — as a means to expand the vaccine's production and distribution — is a move the Vatican has been suggesting.

At a February Word Trade Organization meeting, a Vatican representative said this step "would be a strong signal demonstrating real commitment and engagement and thus moving from declaration to action in favor of the entire human family."

Prior to the May announcement, the United States has not backed the proposal to waive the vaccines' patent rights made by India and South Africa and supported by many congressional Democrats.

If the waiver is adopted by the World Trade Organization — which would require months of negotiations and final approval of all members — drug makers around the world would have access to how these vaccines are made.

Katherine Tai, the U.S. trade representative who announced the administration's position, said in a statement that the "extraordinary circumstances of the COVID-19 pandemic call for extraordinary measures."

"The administration believes strongly in intellectual property protections," she said, but in an effort to end the pandemic, it "supports the waiver of those protections for COVID-19 vaccines."

Tai also said in her statement that as the U.S. vaccine supply is secured, the Biden administration "will continue to ramp up its efforts — working with the private sector and all possible partners — to expand vaccine manufacturing and distribution. It will also work to increase the raw materials needed to produce those vaccines."

This decision comes as COVID-19 infections are surging in some parts of the world, particularly India.

The World Health Organization's director-general, Tedros Adhanom Ghebreyesus, called the administration's announcement a "monumental moment in the fight against COVID-19" and said on Twitter May 5 that it reflects the moral leadership of the United States.

Pharmaceutical companies, conversely, were not pleased with the Biden administration's action. One industry leader said it would undermine the global response to the pandemic and could prompt the production of counterfeit vaccines.

Brian Kane, senior ethics director of the Catholic Health Association, said the administration's move showed "good intention" but also said it was just one step in the overall effort to make sure the vaccine gets to everyone.

He told Catholic News Service May 6 that it is important to keep the idea of vaccine equity front and center in all discussions about getting through the pandemic, which is "a world-wide problem."

"We can't close our eyes to the unjust distribution of vaccines," he said. "We need to do something about it; it's our responsibility."

The Maryknoll Office for Global Concerns echoed this view. Chloe Noel, coordinator of the group's Faith Economy Ecology Project, said in a May 6 statement that she hopes other countries that have stood in the way of the proposed patent waiver will be involved in constructive dialogue to advance the proposal.

"Too many lives have been lost already, and too many more will become sick or die without vaccine access, especially in low- and middle-income countries," the statement said, adding that a "just recovery requires that everyone have equitable and timely access to vaccines, treatments and testing necessary to contain the pandemic. "

"Despite the billions of taxpayer dollars invested in R&D (research and development), and announcements that COVID-19 vaccines should be considered a public good, no government has openly made such a public commitment," he said.

Something - or something less - for everyone in new farm bill?

Throwing Catholic charities under the bus