Priest who balked at COVID precautions removed from parish 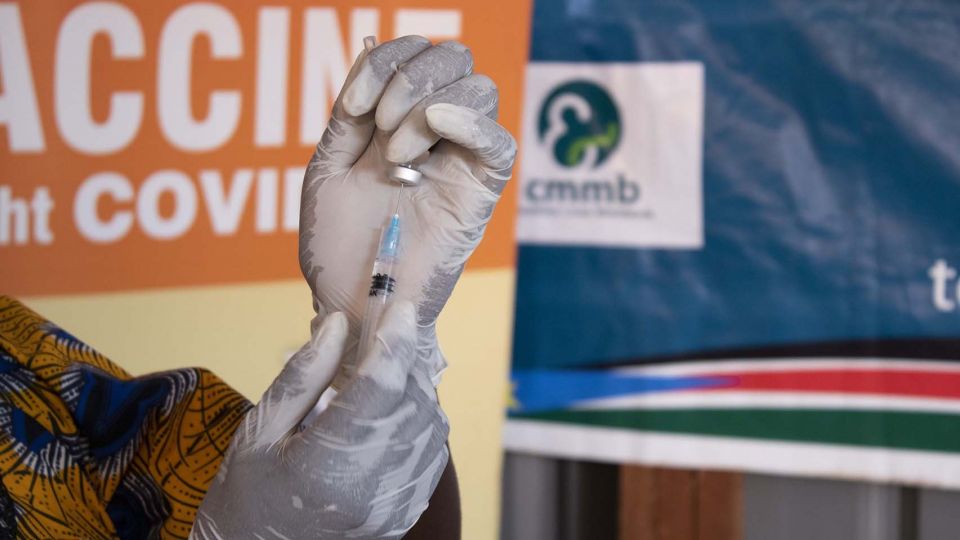 In this undated photo, a staff member with the Catholic Medical Mission Board prepares to administer a COVID-19 vaccination. (CNS photo/courtesy CMMB)

SPRINGFIELD, Vt. — A priest who balked at some of the Vermont Roman Catholic diocese's COVID-19-related precautions has been removed from his parish.

Bishop Christopher Coyne announced the decision about the Rev. Peter Williams in a letter to the Holy Family Parish of Springfield and Chester community on Tuesday, myNBC5 reported.

"A great deal of misinformation has been spread that has caused much division and concern within the parish and has impacted his ability to minister to all parishioners," the bishop of the Roman Catholic Diocese of Burlington wrote. "My hope was that this situation could have been reconciled privately, but unfortunately it only escalated causing much angst within the parish."

Coyne wrote that Williams was removed because of "his serious disobedience and disrespect shown to the office of the bishop." The diocese said his public priestly faculties are suspended as of Tuesday and he is not being transferred to another parish.

Williams could not be reached for comment, and the parish said he could not comment on the ongoing case.

Williams posted a message on the parish's YouTube page in January objecting to the bishop's request that priests get vaccinated against COVID-19 or be required to wear a mask in certain situations and get tested every other week, which Williams said he would not do.

"I balk at any incursion into my rights as a human being, certainly (as) a U.S. citizen and that was my objection when the bishop started directing matters of my health," Williams said in the post. He said he had hired a lawyer and was asked by the diocese to resign from the parish but had no intention of doing so.

In late February he posted another video calling the COVID-19 vaccines approved by the U.S. Food and Drug Administration under emergency use authorization "experimental."

"Our question is this: Are any of the demands being made because of COVID immoral? The answer is yes," he said.

Coronavirus | Priest who balked at COVID precautions removed from parish

Catholics join protests and 'Wall of Moms' in Portland, Oregon

Poll: Pope's favorability numbers down, and worse for handling of abuse