by Dan Morris-Young
Culture
Culture
This article appears in the A Nation Under Trump feature series. View the full series. 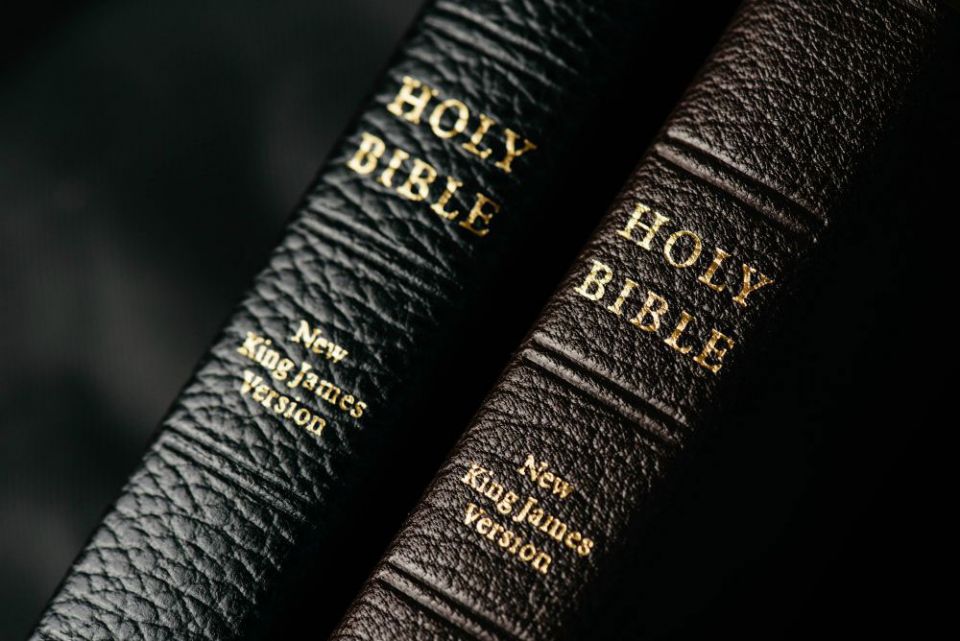 As the nearly 40-foot brass doors to the $500 million, eight-story, 430,000-square foot Museum of the Bible open, few entering the imposing edifice will be aware of its links to illicit trade in antiquities, the questionable scholarship used to classify some of its massive holdings, and its owners' hope the museum will undergird a specifically evangelical Christian view of the world based on the King James Bible.

In Bible Nation: The United States of Hobby Lobby, Candida R. Moss and Joel S. Baden roll up shades on the motives, means and measures used by the multi-billionaire owners of Hobby Lobby — the David Green family — to work toward the museum's imminent opening in the nation's capital, a short walk from the National Mall.

Part investigative narrative and part biblical scholarship tutorial, Bible Nation is a timely read on a number of fronts, especially for those interested in how well-focused, financially powerful groups can exert influence in the public sphere.

Established scholars themselves (Moss is the Edward Cadbury Professor of Theology at the University of Birmingham, and Baden is professor of the Hebrew Bible at the Yale Divinity School), the authors argue that the Museum of the Bible "will become the Christian Smithsonian" and "will be the educational resource for the Bible for the museum-going American public." 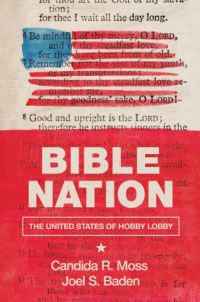 It will be closely monitored and managed by the Green family, which owns Hobby Lobby and which, in turn, controls the museum. The authors focus on the Green family because the Museum of the Bible's influence will be disproportionate and long-term, enhanced by the fact of the Greens' collection, arguably the largest privately held collection of biblical artifacts in the world.

Moss and Baden's use of extensive interviews impresses. They spoke with members of the Green family, top museum officials and administrators of two key enterprises related to the museum — the Green Scholarship Initiative and the Museum Collection. They contacted myriad scholars, visited with Green Scholarship Initiative students and conversed with antiquities law enforcement officials.

Bible Nation is made up of four dense chapters, including one on the Green Scholarship Initiative (recently re-named the Scholarship Initiative) and another on the collection itself. The latter takes readers on an informative safari of Scripture scholarship. Moss and Baden articulate enough background on a key element within the narrative — papyrology— that the reader feels comfortable about conversations about the study of ancient manuscripts.

Yet rather than recruit credentialed scholars to analyze its vast stores of unpublished papyri, the Green Scholarship Initiative prefers to assign the enviable work "to scholars with no papyrological training or experience whatsoever," claim Moss and Baden.

In addition, these largely unknown and untested scholars, often graduate students, are required to sign airtight non-disclosure agreements, a situation "virtually unheard of in the academy, and especially in the humanities" which "effectively impair the basic modes of scholarly discourse," write Moss and Baden.

How does Hobby Lobby benefit? First, since the Greens have unshared control of the scholarship and discoveries within their collection, they can also pilot any narrative about an item. Scholars wonder aloud about the potential for a kind of censorship, of a locking up of information or questions that might deviate from the King James Bible world-view.

Museum of the Bible literature and mission statements have evolved over time to attempt to establish it as a "non-sectarian" institution, but where the rubber meets the road is how one defines non-sectarian, point out Moss and Baden. For example, the entire Museum of the Bible governing board is Protestant, and the majority embraces a fundamentalist or evangelical Christianity.

The Vatican seems comfortable with its Museum of the Bible associations and occasional cooperation. In fact, Jesuit Fr. James Martin, who was recently appointed as a consultor to the Vatican's Secretariat for Communication, is listed as a member of the Museum of the Bible International Advisory Committee. But Moss and Baden caution that Museum of the Bible and the Green family "do not appear to appreciate that the Bible does not tell a single story, and that religious instruction … is always ideologically loaded. The notion of merely telling the story and allowing the Bible to speak has a storied history in the United States: one that is both implicitly anti-Catholic and is — from any reasonable academic perspective — completely impossible."

The researchers point to an illuminating quote attributed to Museum of the Bible board chair Steve Green by a former Green Scholarship Initiative director when discussing use of a potential biblical artifact. Green made it crystal clear that nothing from the Green collection would be used to undermine the King James version of the Bible.

Meanwhile, Museum of the Bible president Cary Summers* told the author-scholars he hopes the museum will "become the premier religious pilgrimage site for Roman Catholics in the United States." The Green Family "built a crafting empire on biblical foundations, they dedicated their profits to evangelical outreach, and they took their religious principles to the Supreme Court," underscore Moss and Baden, alluding to the high-profile lawsuit won by Hobby Lobby against provisions of the Affordable Care Act in 2014.

The Greens have purchased vast amounts of antiquities, often at bargain-basement prices, which have not yet been studied or cataloged. These gain value — sometimes exponentially — once it is known or projected what the material actually is. In some rare cases, a piece might be of major financial and historic value. These items can then be donated by Hobby Lobby to the Museum of the Bible for massive tax write-downs.

Predictably, Hobby Lobby — with a net worth exceeding $4 billion — has become a major player in the antiquities market, despite the black eye it received after being convicted of illegally purchasing $1.6 million of Iraqi artifacts in late 2010. Last July Hobby Lobby agreed to pay a $3 million fine and forfeit the artifacts. "We should have exercised more oversight and carefully questioned how the acquisitions were handled," Steve Green told reporters.

Moss and Baden drive home the message that purchasing antiquities with weak, non-existent or obfuscated provenance greatly encourages continued looting, often violent, and counterfeiting of such treasures — with sales often subsidizing terrorism. Some scholars, they say, believe there is evidence that modern-day forgers might target wealthy evangelical individuals or institutions, focusing on biblical passages dear to certain convictions. They cite forgeries of passages from Leviticus that describe homosexuality as an abomination.

Interestingly, the Bible Nation authors soften what are at times harsh academic and even legal charges by conceding that "at no point" has the Green family "concealed their belief that the Bible has a story to tell and a message to deliver, nor have they hidden their ambition to serve as conduits for that story."

"The oft-repeated statement by the Greens and their Museum of the Bible representatives, 'We aren't collectors, we are storytellers,' is central to their own self-understanding," write Moss and Baden. "It is also the key window through which all of their Bible-related ventures should be viewed."

Those "Bible-related ventures" include the development of a high school curriculum on the Bible spearheaded by Green Scholarship Initiative staff. The Greens and staff have worked hard to convince public schools (directly or through state legislatures) to adopt the curriculum, making it elective and arguing that study of the Bible is key to understanding U.S. history.

Interestingly, the 2016 Republican platform included an historic plank encouraging "state legislatures to offer the Bible as a literature curriculum as an elective in America's high schools."

Moss and Baden make note of public office candidates' obligatory pilgrimages to Oklahoma City, where Hobby Lobby is based, to make their needs known and loyalties clear. And the authors note that David Green's change to endorse Donald Trump during the presidential race generated wide media coverage.

* An earlier version of this story misidentified Cary Summers.

Read this next: Book review: Meet the godfather of libertarianism in 'Democracy in Chains'