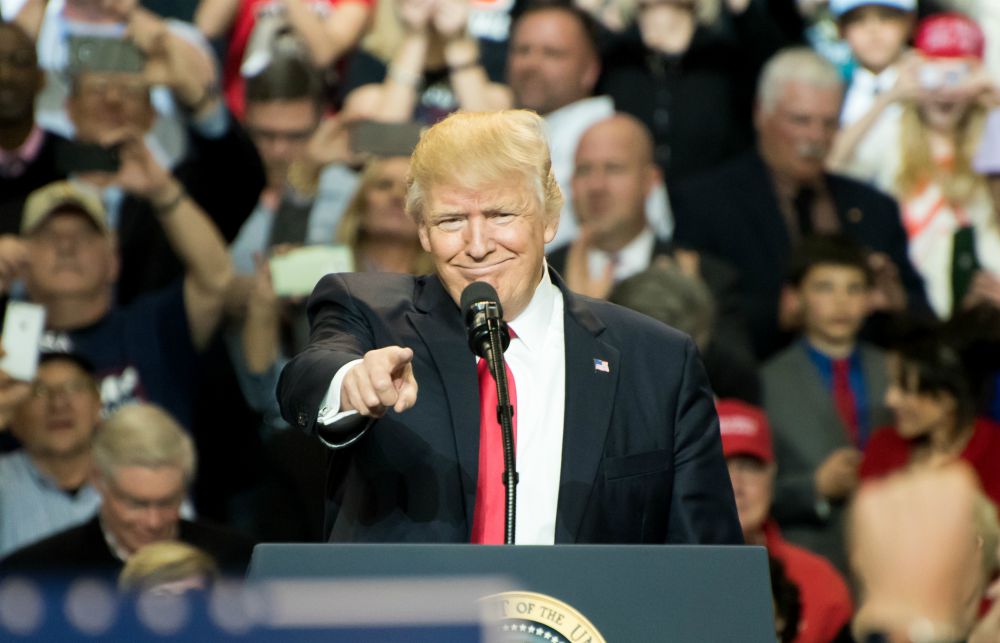 President Donald Trump addresses a crowd at a rally inside Freedom Hall in Louisville, Kentucky, on March 20, 2017. (Dreamstime/Joe Tabb)

The day after the election, I warned a Washington psychotherapist friend to get ready for a tidal wave of newly-anxious patients, mostly Democrats whose lives revolve around whoever runs the government in this one-industry town.

The shrinks have been deluged. I have even tried political therapy to help people nervous about having one of the great square pegs of all time in the White House.

President Donald Trump has had devastating psychological and political effects on America.

He played on anti-Washington anger, Middle America's fears about being left behind economically, and on the unhappiness with social change in order to unleash the nationalist, nativist and protectionist strain in politics that we have not seen since McCarthyism.

Supporters expected a business-trained problem-solver and swamp-drainer but instead got a president who has created a bigger swamp: an autocratic, narcissistic, thin-skinned bully who demonizes people who reject him and whose pants are constantly on fire.

Many people fear that Trump could cause a devastating presidential misstep. One Nation After Trump is about the effects of Trumpism and how we can respond to this test of American democracy. 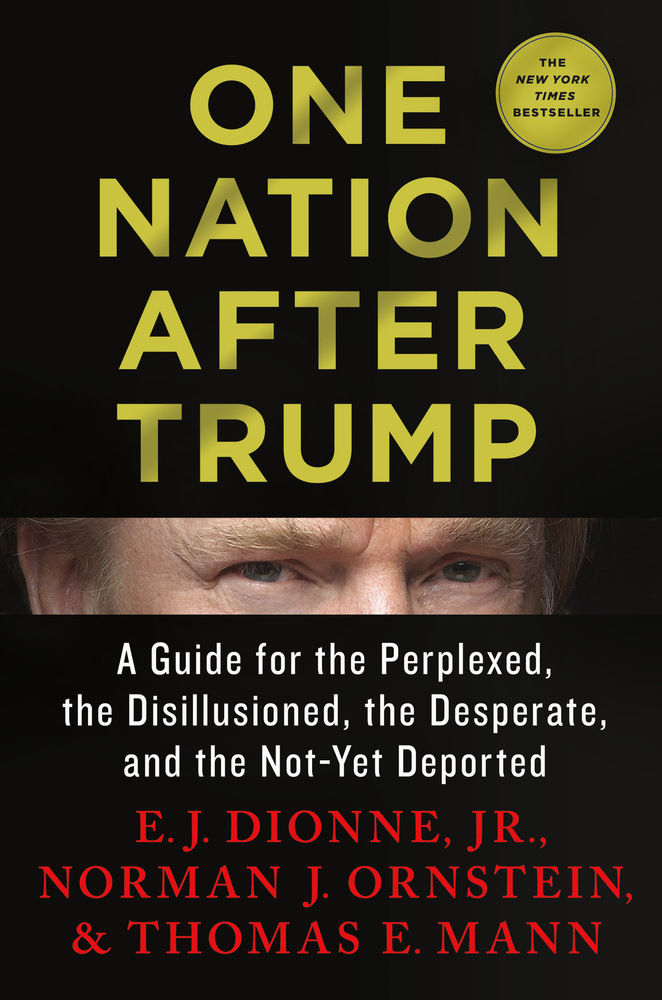 ONE NATION AFTER TRUMP: A GUIDE FOR THE PERPLEXED, THE DISILLUSIONED, THE DESPERATE AND THE NOT-YET DEPORTED
E.J. Dionne, Jr., Norman J. Ornstein and Thomas E. Mann
352 pages; St. Martin's Press; 2017
Purchase for $25.99 »

We have, as the authors put it, a president who raises doubts about his commitment to the "norms of democracy," is little interested in the workings of government or the substance of policy, and raises "profound questions" about his competence and "capacity to take on the most challenging political office in the world."

What do you do about a president who lacks "even elementary knowledge or intellectual curiosity about policy," constantly shifts his positions on issues and thinks little about the consequences of his decisions? He and a Republican Congress bent on gutting federal agencies are destroying programs that are crucial to many Americans.

Trump wasn't the Manchurian candidate, but, the authors point out, helped a foreign power — Russia — meddle in our election. Indeed, Humpty Dumpty Trump eventually could fall if compelling questions are raised about how he got up on the wall in the first place.

But there is hope for change, say the authors.

Our democracy, they argue, provides the tools to counter Trumpism and reform government. What the country needs is a sweeping re-energizing of American democracy like the New Deal or Great Society.

It would start with reforming elections. We need to end the power of fat cats using obscene sums of money to try to control government and forcing more than a few members of Congress to spend more time waltzing with them than weighing legislation. We need to hear the voice of small donors and, I would add, resurrect public financing of elections that was seriously talked about after Watergate.

And while a constitutional amendment to reform the electoral college is a long shot, we need to keep one-person-one-vote from becoming a joke as happened in 2016 when Hillary Clinton's winning 4.2 million more voters in California was meaningless as Trump squeezed out a total of 78,000 more in Pennsylvania, Michigan and Wisconsin that enabled him to win the electoral vote. One more presidential contest where the popular vote is irrelevant, and we could have a new American Revolution on our hands.

They seek to ensure that economic growth benefits a majority of Americans by making government and business full partners. A charter for American working families would keep people from being left behind, and businesses would have to do more than just keep stockholders happy by showing a sense of "social responsibility" to their employees and the rest of us. Government would invest in a GI bill-type of program for American workers patterned after the post-World War II legislation that helped educate a generation. And it would put Americans to work on infrastructure and other projects.

But we also would have to clean up the congressional swamp where Republican leaders have clung to the commandment that business is good and government is bad, rejected bipartisanship, and driven out members of both parties by destroying civility.

I would add that post-Trump democracy also hinges on reinforcing press freedom and finding a new political Moses who would lead the transformation.

The serious press' probing of the Trump presidency has been one of its finest hours.

The other media and all of us would be floundering around — and the authors likely could not have written this book — without the solid reporting and analysis by The New York Times, The Washington Post, The Wall Street Journal, Los Angeles Times, news services like the Associated Press, Reuters and Bloomberg, and others such as The New Yorker, Economist, Politico, Guardian, Atlantic and some online-only sources.

But the new democracy needs a magnetic leader who understands Washington and politics, can unite the anti-Trump majority and spur the bipartisanship voters crave.

Is One Nation After Trump's grand plan too sweeping to be realistic?

No more than the reforms instituted after Watergate or Lyndon Johnson's Great Society.

And no one could lay out a better path than respected journalist E.J. Dionne, with his thoughtful columns and books about American politics, and Norm Ornstein and Tom Mann who revolutionized our view of Congress with It's Even Worse Than It Looks.

One Nation After Trump also updates us about groups and individuals who are already pursuing reforms.

But the authors might have given us a simpler banner to march under by boiling down explanations, cutting back on citing social science studies, and synthesizing the writing more so that their declaration would be clear.

One thing is clear: It's time to get over the hyperventilating, get a focus and meet Trumpism head-on to restore the real American democracy.

[Lewis Wolfson is American University emeritus professor of communication, a former Washington news bureau chief and longtime analyst of the president, Congress and the media.]

This story appears in the A Nation Under Trump feature series. View the full series. 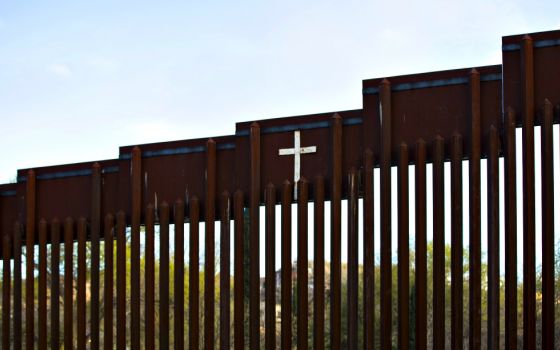 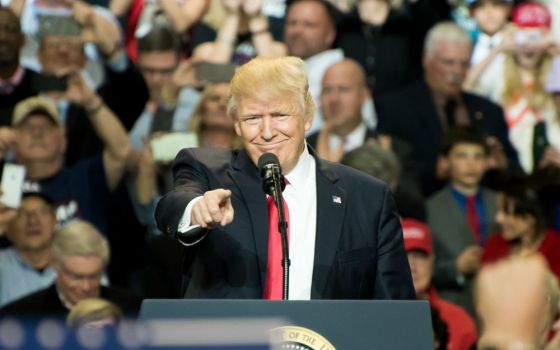 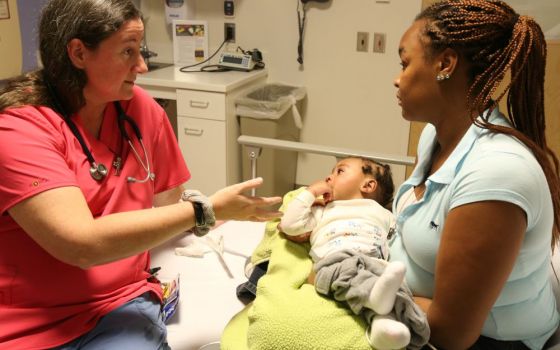 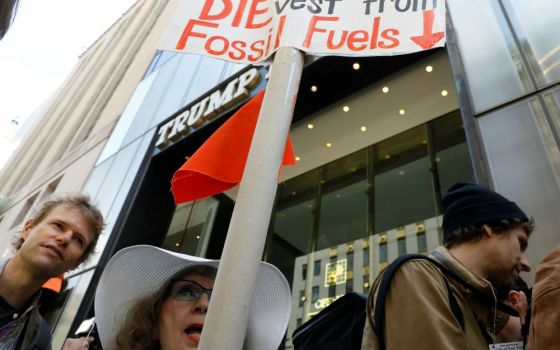