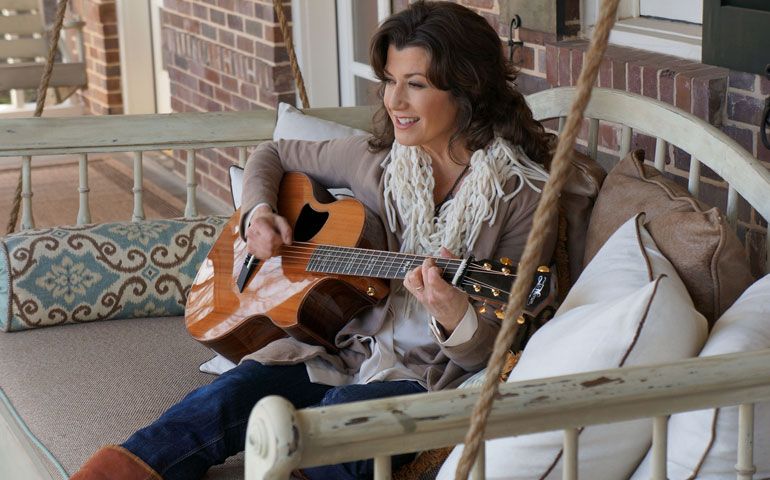 When I was in college, my musical tastes were nothing if not eclectic. Although it was the early 1980s, I apparently believed I was living in the '60s, preferring Bob Dylan, the Who, and Crosby, Stills and Nash. Yet my album collection -- yes, actual vinyl records -- also included such diverse artists as Rush and REO Speedwagon.

What all those musical groups had in common -- or rather, what they all lacked -- were women.

The rise of all-girl bands and even superstar female soloists like Madonna were not on my radar back then. While others were dancing to the Material Girl, the only female singer I sang along to was the non-material girl, Amy Grant.

Yes, Amy Grant, the queen of Christian pop. It was hard to ignore her, since her blockbuster album "Age to Age," was released my freshman year. It would eventually go platinum, the first Christian album to do so. With six Grammys and dozens of Dove awards from the Gospel Music Association, Grant is arguably the best-selling contemporary Christian singer ever.

An evangelical friend in high school introduced me to Grant, and I rediscovered her in college thanks to some Catholic-turned-evangelical students who were part of a Christian club at the University of Notre Dame. They all listened to Christian music: the women to Grant; the men to Petra and Stryper, two of the first hard-rock Christian bands.

I preferred my hard rock secular, and made mix tapes that were truly mixed. While it might seem odd that I would hum along to "Oh, to live on Sugar Mountain" one minute, then sing, "I'd love to live on a mountaintop, fellowshipping with the Lord" the next, deep down I still believed in God, and the lyrics of Grant's songs resonated. While rock music spoke to the cynical and melancholy side of me, Grant's songs were uplifting, even prayerful. They had just the right combination of "God loves me" and "I hope that cute guy on campus will love me too" for a 20-something college girl.

Fast forward a couple decades: I married that cute guy from campus, got divorced, have since remarried and adopted children. Life has been complicated but wonderful. My musical tastes are still eclectic, with my current CD and downloaded collection including everything from yoga kirtan to alternative rock. It also now features more female than male voices.

Yet I hadn't listened to -- or even thought about -- Amy Grant in more than a decade. Then I heard she had a new album coming out and, intrigued by nostalgia, thought I'd check it out. I'm glad I did.

It seems Grant's life has grown a bit complicated too. Her marriage to what seemed like the "perfect man," fellow Christian singer Gary Chapman, also ended, and she is now married to country music singer Vince Gill. She took some heat from her die-hard Christian fans not only for her divorce, but also when she crossed over into mainstream pop music. Though they knew Grant's hit single "Baby, Baby" was inspired by her infant daughter, evangelicals didn't like her sexy, leopard-jacket-wearing new image. And they certainly didn't like her doing commercials for Target, whose parent company, Dayton Hudson Corporation, had donated to Planned Parenthood. 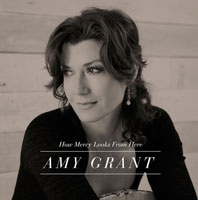 Since her last full studio album 10 years ago, Grant has been a busy member of the sandwich generation. A mother of five, she has cared for her ill parents, and dedicated her new album, "How Mercy Looks From Here," to her mom, who died in 2011 and had encouraged her daughter to "sing something that matters."

Grant's songs have always been about things that matter, but this latest album reflects the wisdom often realized in the second half of life, after many experiences of love and loss. In the album's title track, she sings of the appearance of grace when all seems lost:

When you face your greatest fear
Losing all that you hold near
Open up your eyes, my dear
Oh, how mercy looks from here

The personal stories that inspired Grant to write these songs contain universal -- even spiritual, though not always religious -- truth. "Shovel in Hand" is about parents' suffering as their children deal with tragedy. "Better Not to Know" is about life's uncertainty and unexpected timing. "Don't Try So Hard," sung with James Taylor, is about acceptance:

You're lovely even with your scars ...
God gives you grace
You can't earn it
Stop thinking you're not worth it

Back in college, singing along to Amy Grant was a way for me to pray, usually triumphant, praise prayer as in "Emmanuel" or "I Have Decided," or sometimes the more tranquil "El Shaddai." I was young, confident and ready to take on the world. Now Grant says she feels more settled -- in life and creatively. Her latest album may be less preachy than her earlier work, but it is no less faith-filled. Rediscovering Grant as we both hit midlife reminds me that faith truly does stand the test of time.

Compromise is the glue in relationships

Ambulances, lockdown and new patterns of life in coronavirus Rome