Q & A with Raven Chacon, the first Native American to win a Pulitzer Prize for music 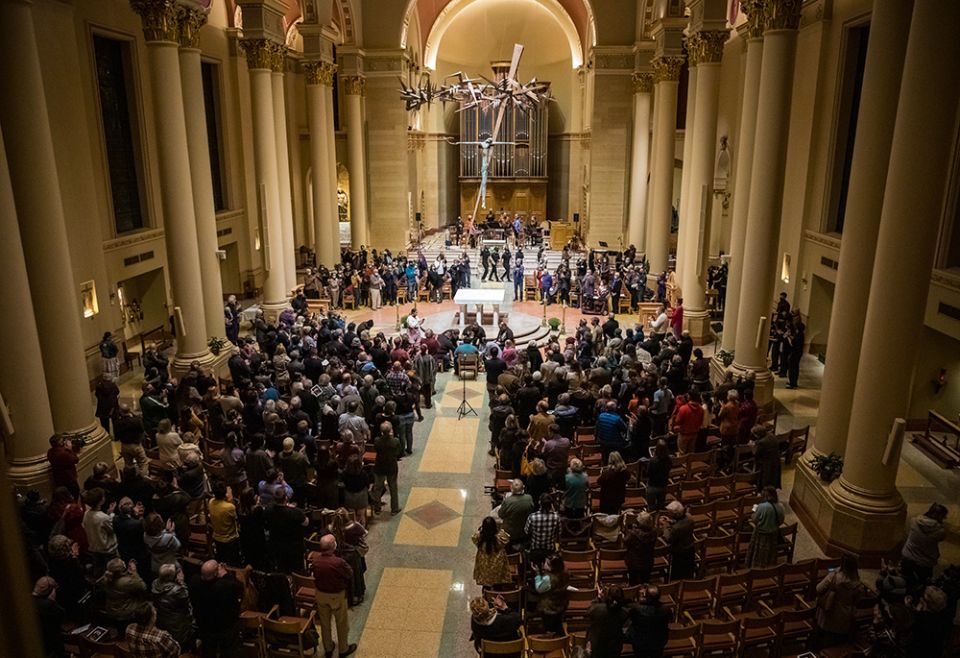 Last month, Raven Chacon became the first Native American to win a Pulitzer Prize for music. His composition, "Voiceless Mass," in part explores the tension between Catholic and Indigenous cultures — a tension that's personal for Chacon: He grew up in New Mexico cognizant of how his family's Native traditions and Catholic faith complimented and conflicted with one another.

The award-winning piece was composed for the organ at the Cathedral of St. John the Evangelist in Milwaukee, Wisconsin, where it was performed in November 2021. "In exploiting the architecture of the cathedral, 'Voiceless Mass' considers the futility of giving voice to the voiceless, when ceding space is never an option for those in power," Chacon writes in his award submission.

Co-commissioned by the Milwaukee organization Present Music during the pandemic lockdown, the 16-minute work is unlike a traditional Catholic Mass and is without sung voices. It features not only the organ but an ensemble of violins, flute, clarinets, cellos and percussion. The piece also includes electronic tones.

There's an intentional dissonance in the piece that Chacon, from the Navajo Nation, said reflects the often-voiceless communities that inspired the composition. Judges called the work "mesmerizing," with a "haunting visceral impact."

The following conversation has been edited for clarity and length.

NCR: There are no voices in "Voiceless Mass," but does the title have other meanings as well?

Chacon: The organ was probably invented to stand in as a substitute for the orchestra or other chamber instruments or voices. So I was thinking of that as well as the inequity of space for voices wanting to be heard.

There was this moment of quiet that happened in the middle of March 2020 when people were not able to go to work, weren’t able to visit friends or families, when the whole world was shutting down. And so, in a way, the piece was referencing that silence, that calm.

At the same time, in contrast to that, we saw a lot of concerns about injustice. We saw a lot of protests around Black Lives Matter, around police violence, and it was an opportunity for those voices that aren't normally heard during the regular movements of the day to have a little bit of space to be broadcast and amplified.

I also thought about the privileges of being able to speak out on injustices. There are these places where we gather — the university, the academy, churches — and what is their role in speaking to injustice? Are they giving space to these voices? Do only a select few get to speak?

Having the opportunity to present this in a Catholic church, a church I grew up in, in parallel with my Indigenous ways, was something that resonated with me; this is a place where my family gathers. I was thinking of the building and its ability to amplify voices and what that would mean for me to voice concerns in this space. 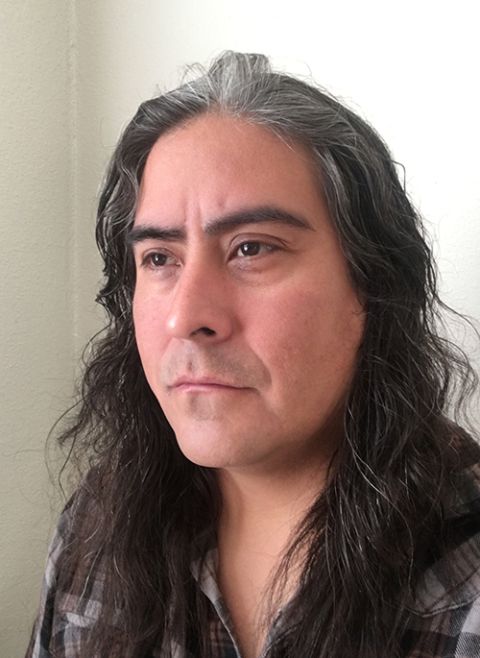 Raven Chacon, from the Navajo Nation, hopes his Pulitzer Prize will inspire the young Native Americans he mentors on U.S. reservations. (Courtesy of Raven Chacon)

Do you identify as Catholic?

In New Mexico, where I've lived most of my life, the culture is the collision of Indigenous ways and Catholicism. And inside of that there is a lot of art, there's a lot of music. And I'm an artist who's a product of being from this place. So in a way I identify as a descendant of Catholic culture. I also am somebody who likes to be open to receiving the Creator however they might appear. If I'm in the proximity of a group of people doing that — whether that's in a Catholic church or a Native community — I'm open to trying to receive the Creator there.

My father grew up Catholic and is Hispano, or of Hispanic descent, and that combined with the Native traditions has a complex history here in New Mexico. It goes all the way back to contact with the first conquistadors who came. There have been events that have resulted from this conflict, for example the Pueblo Revolt that happened in 1680. That was when people stood up and said we are tired of being killed and abused [the Pueblo Indians overthrew Spanish rule in New Mexico for 12 years]. So this history is something that's been trying to come to a resolution throughout time here in this place.

I think the best way to answer this question is to say that I do identify as Catholic because the identity of what that means in New Mexico is so complicated and aligns and misaligns with various Native traditions in different ways that I can't avoid.

What would you suggest people listen for in the piece?

People often ask why I write for chamber instruments and in the classical medium. It is because I have a huge respect for them; they are the best that they can be. Europe gets a lot of credit for that because of classical music, but of course these are instruments that originated in Africa, in Asia and have gone through many different places to be the instruments they are. I like to think that I'm contributing to the continuation of exploring those instruments.

I also hope that one can hear the dissonance and tension inside the piece. Not as anything to subvert music, but for listeners who might not be exposed to contemporary music, my hope is they understand that that dissonance is part of the conversation.

To speak about music metaphorically, there is consonance and dissonance within this piece and it is mediated by the breath of the organ, this huge mechanical instrument. In a way it is replacing the breath of the people. Here we are speaking in musical terms, but this of course is the same language we use — dissonance, consonance and resolution — when we are talking about conflict, talking about a collision of worldviews. And so that's what the piece was able to speak about.

You've said that as an Indigenous artist you make a point not to present your work on Thanksgiving. This work was commissioned for an annual concert on that holiday. Why did you accept?

Past invitations seemed like an afterthought. It's seemed like there was a quota to be filled, that they needed to include an Indigenous person in an event on this day.

I always consider all invitations, but it takes extra research to find out what motivations were behind it. However, in this case I realized through research and discussions with the commissioners that they understood this was an opportunity for dialogue. So that, in conjunction with the opportunity to write for such a beautiful instrument, was motivation. At the same time, the cathedral, the holiday and the organ itself were all linked in the same history I wanted to address.

What projects are you especially excited about going forward?

I am working on a book that celebrates contemporary Indigenous women composers. This project is called Zitkála-Šá. It started off as prints, but now will be a book dedicated to Zitkála-Šá [born on the Yankton Reservation in South Dakota], an early 20th-century activist, writer, poet and composer. It is also dedicated to other contemporary Indigenous women composers.

I'm also working on some new chamber pieces. Chamber music might be considered elitist, or inaccessible to the general public. Finding ways that others can appreciate chamber music has been a goal of mine, either through my own work or my teaching work.

On a personal level I'm ecstatic and honored that "Voiceless Mass" was acknowledged with a Pulitzer Prize. But the thing that might last is the motivation, the inspiration it gives to my students, the young composers on the Navajo reservation who do this project with me and who I mentor. 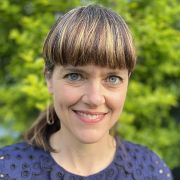 Katie Collins Scott is NCR staff reporter. Her email address is kcscott@ncronline.org. Follow her on Twitter at @KatieCScott.

Culture | Q & A with Raven Chacon, the first Native American to win a Pulitzer Prize for music

Links: Governors' races in the midterms; resigning from the pro-life movement