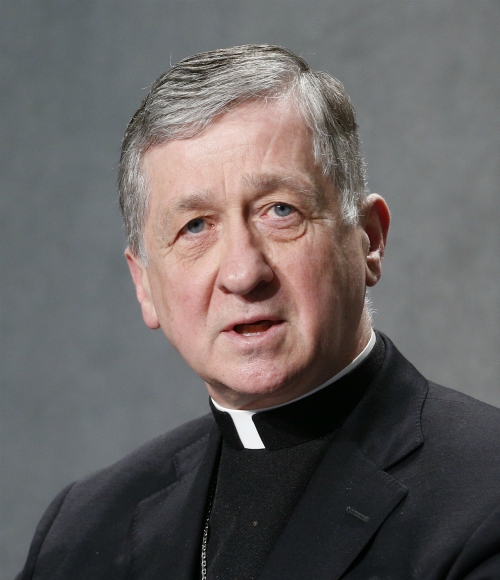 When the ordained ministry "becomes separated from the baptismal foundation" shared with all Catholics, Chicago Cardinal Blase Cupich said, then the holy orders "needed for church life are replaced by some unholy disorders." 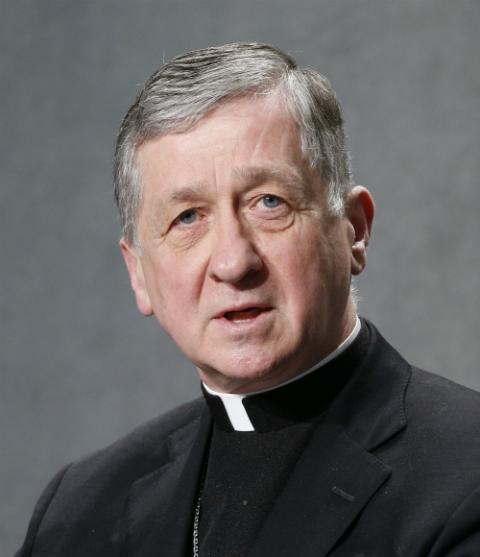 "The decision before us is to recapture a holy order for the church, that has been corrupted by a culture of clericalism, which lies at the root of the present crisis the church is facing," he told a group of Catholic priests gathered for a conference in St. Louis.

The cardinal delivered a keynote titled "Ordination Does Not Annihilate Our Baptism" during the eighth annual assembly of the Association of U.S. Catholic Priests June 24-27. The theme of the conference, which drew about 260 priests, had as its theme "God's Priestly People: The Baptized and the Ordained."

Since the beginning of his pontificate, Cupich said, Pope Francis "has framed the renewal needed today" in the life of the church "in terms of retrieving an understanding of the church as synodal."

That "can only take place if all the baptized participate in the life of the church," he said in his June 26 address.

"There should be no rigid separation between an ecclesia docens and an ecclesia discens ['teaching church' and 'learning church'], since the flock likewise has an instinctive ability to discern the new ways that the Lord is revealing to the church," the cardinal said.

His talk was a reflection on the "fullness of Christian initiation through the lens of synodality," which he hoped would provoke "a deeper appreciation of what baptism means for all of us and especially for the ordained."

"My hope is that with such a reflection, the ordained will find fresh inspiration for their ministry, but also sound vocational reasons to take the lead in rejecting any form of clericalism," he explained. "I believe this is a much more pastoral approach. It does us no good to rail against experiences of clericalism in the church which, sadly, are legion, and leave it at that, as if shouting will accomplish anything."

Cupich said the way forward for the church "must involve more than mere policy changes or new regulations. Even if these institutional reforms are the fruit of the finest acts of collegiality, they will not be enough."

He called for "the conversion of men and women, walking together as a synodal church — parents and priests, catechists and religious, parish leaders and bishops — and the conversion of ecclesial cultures on every continent that we must seek."

He also emphasized the need to remember "the countless acts of loving and generous service by so many of our priests."

Cupich examined the role of baptism, confirmation and the Eucharist "in a synodal church."

Baptism "is the call to receive the very life of the Trinitarian God," he said, which means accepting a new life with the Father and letting go of "power, possessions and prestige." The Father "pledges each day, 'I am with you always; everything I have is yours,'" Cupich said. "We need nothing else but to respond."

"The gift of the Spirit in confirmation empowers us to renew time and time again through community relationships the baptismal conversion by which we turned away from relying on ourselves and embraced a life with God marked by dialogue and accompaniment," he continued.

Trinitarian life "is ecclesial community life, where the dying and rising of Christ is celebrated and where we turn away step by step from a self-referential life," he said. "The temptation for the ordained to retreat into obsessive privacy, pursuing one's own preferences and avoiding conflict is so alluring, particularly if we convince ourselves in power schemes, where we make the rules and create our own zones of safety, that we are not accountable."

In a synodal church, Cupich explained, the pope says its shepherds must be willing "to take up three positions in the community": leading, standing in the midst of the faithful and walking "behind the flock" sometimes.

The Eucharist sends the baptized "into the world to be a field hospital," he said.

"By calling the church a 'field hospital,' Pope Francis calls us to radically rethink ecclesial life and continue the conversion we each began at baptism as a communal experience," Cupich said. "He is challenging all of us as church to give priority not to ourselves but to the wounded. That means placing the needs of others before our own. The 'field hospital church' is the antithesis of the 'self-referential church.' "

Cupich told the priests that "if we want to rid the church of clericalism, then it has to begin with us" by claiming "in a fresh way the conversion begun at baptism, continued and spurred on by the gift of the Spirit in confirmation and which will shape us as we celebrate that ongoing conversion in the repeatable sacrament of initiation, the Eucharist."

Ending clericalism is more than about "winning back the confidence, respect and trust of our people," said. "It is central to the renewal the church needs at this time to also turn away from a self-referential church so that it can be that field hospital in the world."