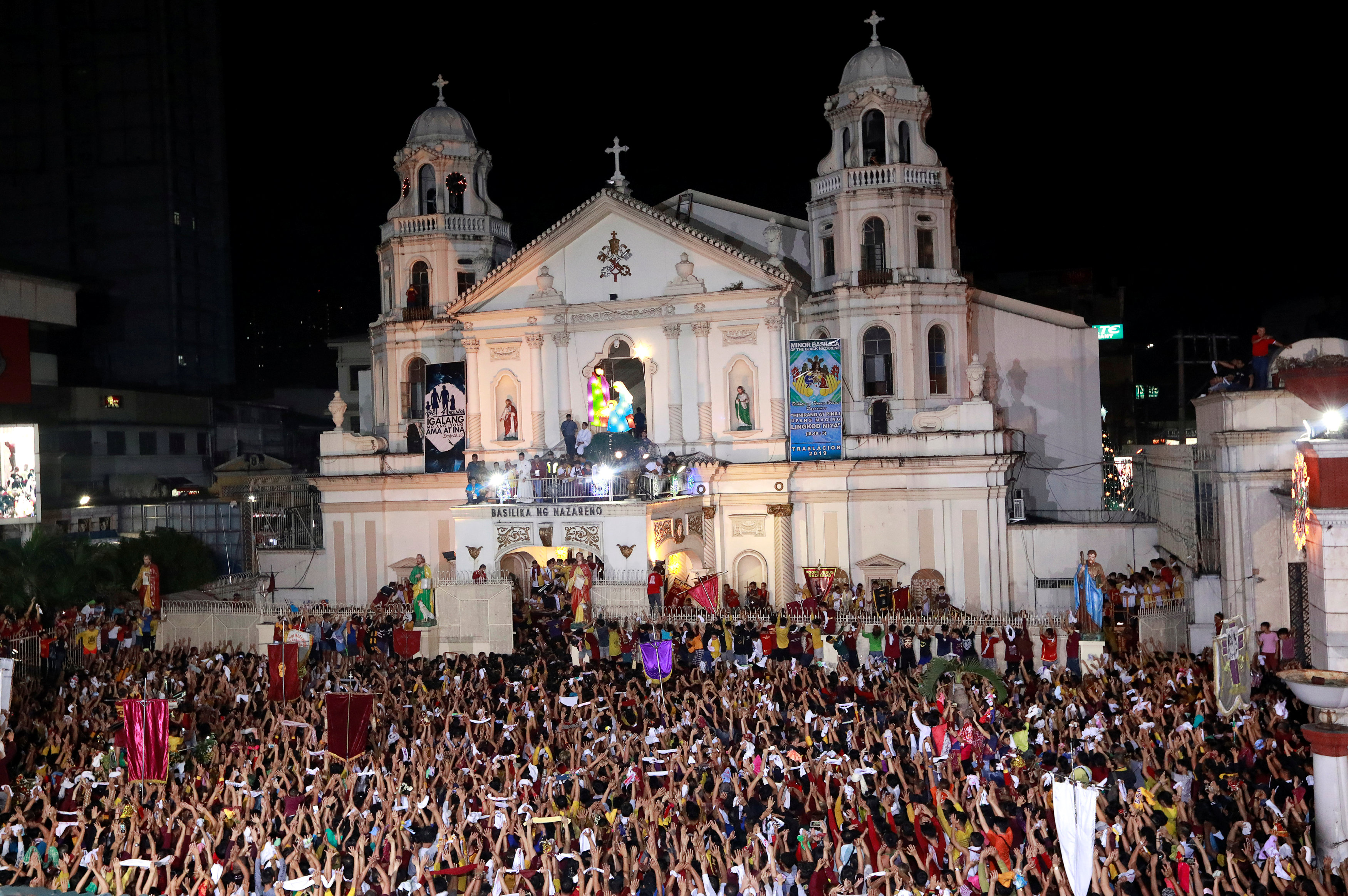 Filipinos are seen Jan. 10 in front of the Minor Basilica of the Black Nazarene in Manila. (CNS/Reuters/Soe Zeya Tun)

Philippine President Rodrigo Duterte is open to talking with church leaders, his spokesman said after the president called on people to kill and rob bishops.

Duterte has long been at odds with church leaders, who have been critical of his war on narcotics that has reportedly killed at least 20,000 people, reported ucanews.com.

Duterte has repeatedly accused Catholic priests and bishops of corruption and of sex abuse.

The president "is up for talks, if that's what (church leaders) are asking for," said Salvador Panelo, who is also the president's lawyer.

"Anything that is beneficial to the nation, the president is easy to talk to," Panelo told reporters Jan. 13 after Duterte urged people to "kill and steal" from "rich bishops."

Bishops Arturo Bastes of Sorsogon and Ruperto Santos of Balanga condemned the president's statements, describing them as "absolutely silly."

Santos said if the "murderous words" were intended to be a joke, they are "no longer funny and do not deserve laughs or applause from audiences but condemnation."

On Jan. 13, Vicente Sotto III, Senate president, volunteered to mediate between Duterte and the bishops, saying their ongoing dispute was making Filipinos "uneasy."

"There are attacks and counterattacks, (both) by the palace and the members of the Catholic Church," said the legislator.

"There should be a mass movement among decent Filipinos to make him desist from speaking like a devil," said the prelate.

Santos said Duterte's presidency had become a "disappointment and disgrace."

"If he does this with bishops, how much more to ordinary citizens? What kind of head of state (is he) who encourages killing?" the prelate said.

Panelo said the president was saddened by the bishop's remarks.

"Like the bishop, the president is imperfect, but ... (Duterte) looks at the innate goodness of man," said Panelo.

"What is a disgrace is when a member of the clergy uses unsavory language against (Duterte), who only fulfills and complies with his constitutional mandate to lead the government," he added.