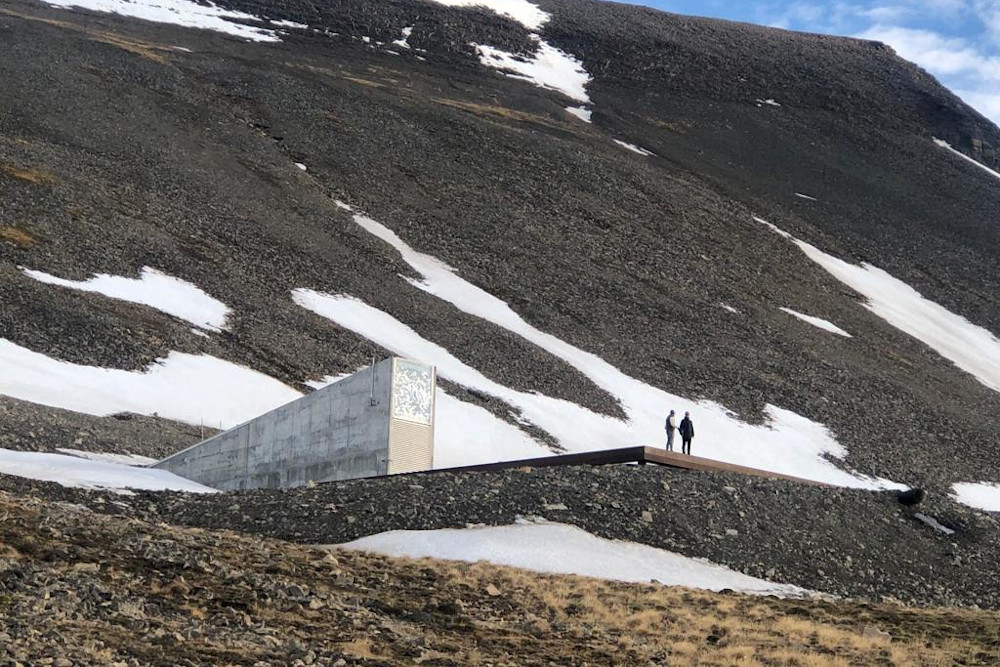 When Pope Francis stood in St. Peter's Square on March 27, 2020, to plead with God for an end to the COVID-19 pandemic, the image of the weary pontiff standing alone under a stormy night sky to offer a message of hope immediately became one of the most iconic scenes of his papacy.

On the one year anniversary of that extraordinary "urbi et orbi" (to the city and the world) blessing, the pope's message was reproduced alongside an interview with Francis reflecting on the occasion, in a book titled Why Are You Afraid? Have You No Faith? by Argentine Msgr. Lucio Ruiz, secretary for the Vatican's Dicastery for Communication.

The coffee table style-book has since been published in seven languages and has become a fixture of the gifts given by Francis to world leaders.

Ruiz says the message of the book, like the pope's mediation in March 2020, is direct: the world cannot emerge out of the pandemic that way it was before — and despite bleak circumstances, both then and now — Christ always gives hope.

Now, in the same spirit of Christ commissioning his disciples to go to the ends of the earth to share that good news, Ruiz has traveled to a remote area of the Arctic to bring the pope's message, but in a different medium.

Some 2,400 miles north of Rome is the city of Svalbard — situated between mainland Norway and the North Pole — which is home to the Global Seed Vault.

Built into the side of a mountain, the vault provides long term storage of seeds from around the world. Aware of the global threats posed by climate change, the vault was established by the Norwegian government in one of the coldest places on earth to ensure the world's future food supply.

In an interview with NCR, Ruiz said that friends suggested that the vault might be a perfect symbolic location to also deposit a copy of his book to transform the pope's message into a permanent "seed of hope."

After discussions with the vault's managers and United Nations officials, it was determined the book was too large and too heavy to be stored in its usual format.

The solution: a miniature 11.5 x 8.5cm handmade edition of the book was created in a custom-built three-ply package to be deposited alongside the other seeds from around the world in the 18-degree Celsius vault. 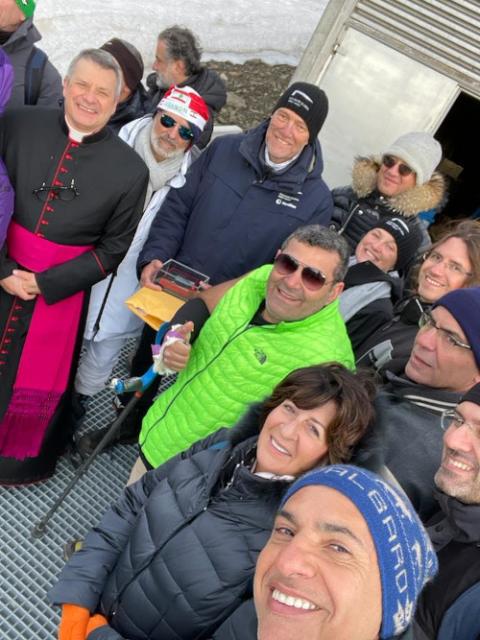 Ruiz describes the pope's COVID-19 "urbi et orbi" as a "sui generis moment" for both the church and the world.

"People were at home, inside, full of fear," he recalled. "And the pope went alone, in the middle of an empty St. Peter's Square — in the rain — to pray."

Every person that receives a copy of the book, said Ruiz, begins to recount their own experience of what they were enduring at that moment in the pandemic.

"I know the same number of histories as the number of books I have given out," he said, adding that he likes to think of each book as a box set, complete with a teaching, a prayer and a blessing for everyone.

"When you open the book, the tenderness of God flows out of it," he said.

In the same way the vault is built to provide for and safeguard future sustenance for humanity, Ruiz says he hopes the symbolic gesture of placing the book there will help preserve the pope's message that even though humanity is vulnerable, the "Lord, will not leave us at the mercy of the storm."

On June 6, Ruiz was joined in Svalbard by Michael Haddad, a Lebanese athlete who is 75% paralyzed and who serves as United Nations Goodwill Ambassador.

In December, Haddad had met with Francis at the Vatican where the pope gave him a copy of the book.

Now, in the Arctic, Haddad placed the book in his shirt pocket, next to his heart, and walked across the Nordic ice with Ruiz to the vault — which is only open three times a year — to deposit the book.

Haddad's physical presence, said Ruiz, was yet another symbol that despite difficulties, there is always hope that can be found.

And now, buried in the depths of the earth, is forever planted a reminder that, in the words of Francis that March 2020 evening, "We are not self-sufficient" and "by his cross we have been saved in order to embrace hope and let it strengthen and sustain all measures and all possible avenues for helping us protect ourselves and others." 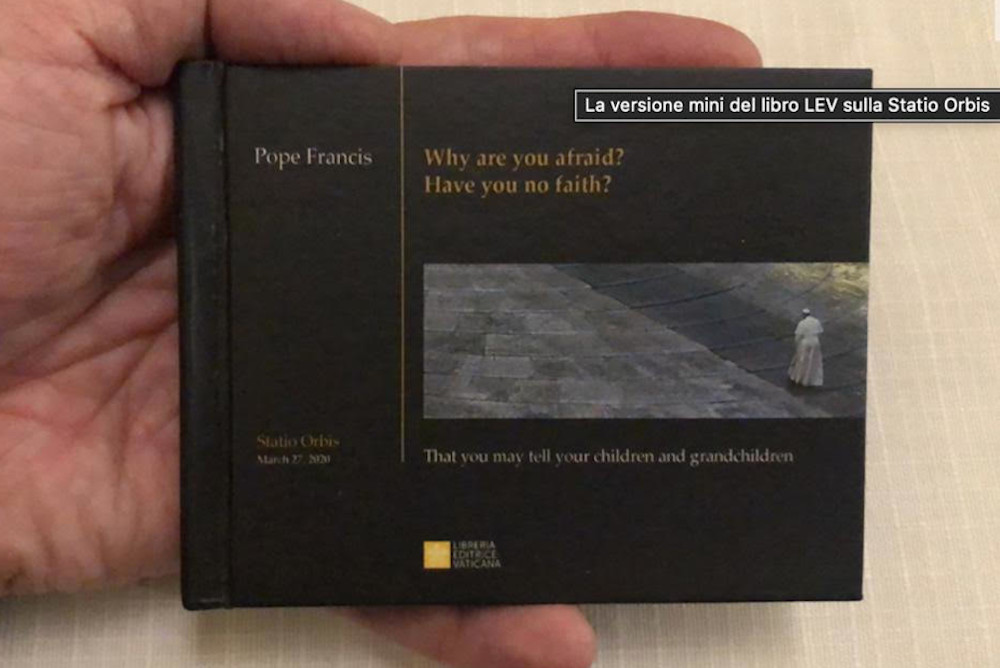 The miniature copy of "Why Are You Afraid? Have You No Faith?" containing Pope Francis' March 27, 2020 extraordinary "urbi et orbi" blessing. (Courtesy of Msgr. Lucio Ruiz)