by Jesse Remedios
Leaders
This article appears in the Laudato Si' at Five feature series. View the full series. 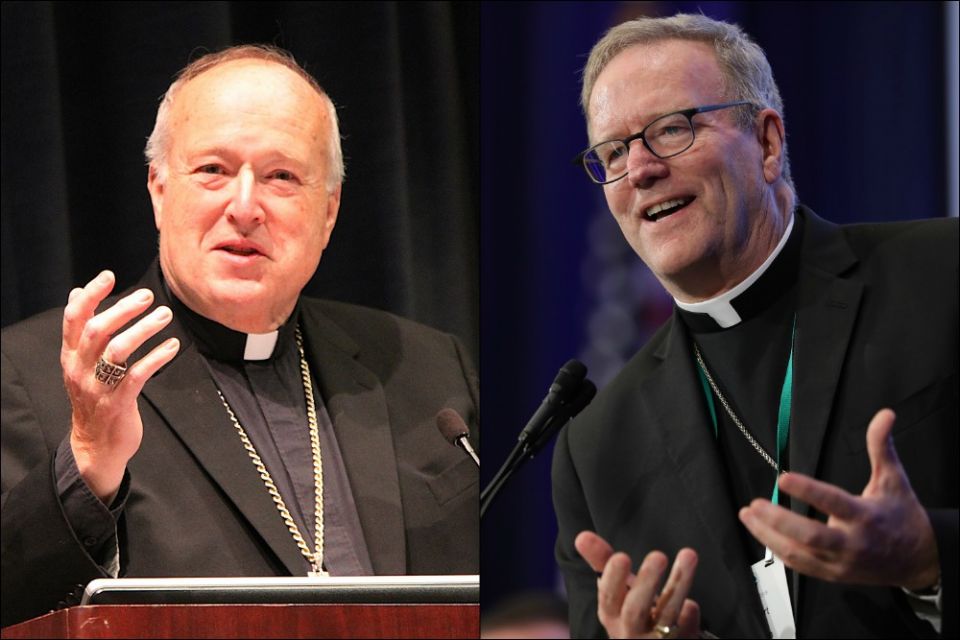 One bishop says it may take 40 years for the Catholic Church to fully grasp the wisdom of Pope Francis' "Laudato Si', on Care for Our Common Home." Another says that, given the urgency of climate change, we don't have that kind of time.

During a May 20 virtual panel discussion on Laudato Si' presented by the U.S. Conference of Catholic Bishops, Los Angeles Auxiliary Bishop Robert Barron and San Diego Bishop Robert McElroy diverged in their assessments of the American church's progress in advancing the encyclical's message. The interaction reflected some of the differing views among bishops about the urgency of climate change.

Early in the discussion, moderator Marianne Comfort asked the three participating bishops — a group that also included Oklahoma City Bishop Paul Coakley — how the church in the United States has received the messages of the encyclical and what progress has been made on living out these themes.

Barron said his diocese has done a lot of work to implement the encyclical, partly because of the fires and droughts common to California. But he said five years is probably too short a time frame to assess the document's true impact.

He cited the example of Pope Leo XIII's 1891 encyclical on capital and labor, Rerum Novarum. He said that if church members were asked in 1896 what had been done to implement messages from that document, the answer likely would have been: "Not that much." It wasn't until 40 years later, with Pope Pius XI' Quadragesimo Anno that the church seemed to "get a sense of its own tradition."

While Laudato Si' will be "one of the great legacies of Pope Francis," Barron said that "it will take time for the church to assimilate this teaching into its broader social teaching."

McElroy agreed that it's difficult to measure an encyclical "this major a few years after."

But he added: "At the same time, we don't have 40 years left on the climate question if we're not attentive to it as a global community. So my concern is that we're not reaching out with that level of intensity."

McElroy said that although the scientific community, young people and a number of religious conferences have embraced Laudato Si', he hasn't seen the level of conversion he witnessed at the synod for the Amazon in October. There, he witnessed indigenous communities with "true ecological conversion, of understanding our relationship to nature as a gift from God and how it is imperiled."

Not reaching that level of conversion "worries me greatly," he said, "because the climate change has such a short time frame on it."

[Jesse Remedios is a staff writer with National Catholic Reporter's EarthBeat. His email address is jremedios@ncronline.org. Follow him on Twitter at @JCRemedios.]