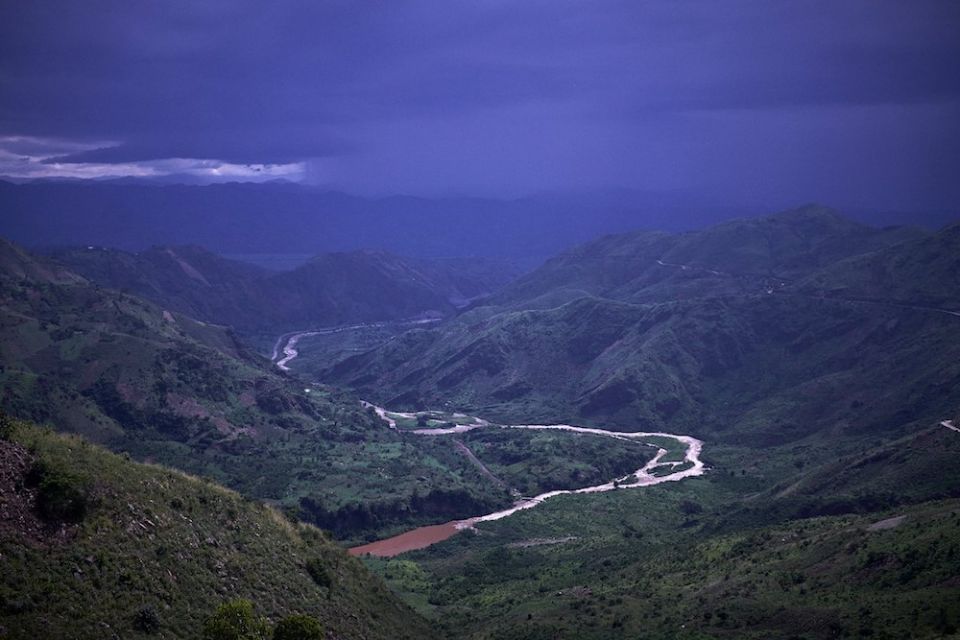 Mountains and the country of Rwanda are seen across the Ruzizi River near Bukavu, Congo, in 2014. The Congolese bishops have sharpened their focus on protecting the Congo Basin. (CNS photo/Sam Phelps, CRS)

Kinshasa, Congo — In the Congo Basin, unsustainable use of the environment and natural resources is diminishing people's resilience to climate change and destroying communities' livelihoods, say Catholic bishops and environmental experts.

But Congolese bishops are moving to save the basin, which environmental experts describe as "the second lung of the planet," after the Amazon. Some of their actions were amplified at their meeting on the environment and natural resources in Kinshasa, the  capital of Congo, June 21–24.

The meeting's focus was the Congo Basin, and it was coordinated by the National Episcopal Conference of Congo's commission for natural resources. Its key objective was to get local churches to commit to protect the basin.

Archbishop Marcel Utembi Tapa, chairman of the bishops' conference, appealed for increased care of the basin.

"Our concern is to promote an education of our people to respect the environment for the protection of the Congo Basin," he said, adding that his country "is responsible for 60% of [the] forest in the basin. Thus, we have a mission to lead a plea for taking into account the dignity of the people and the living conditions of populations who live in this environment," Utembi Tapa told the gathering attended by senior church and government officials, environmental experts and members of civil society.

Congo is currently facing key challenges related to the environment and natural resources, including insecurity related to mineral exploitation in eastern areas. In May, a humanitarian crisis ignited in Goma following the eruption of Mount Nyiragongo. Part of South Kivu province is also facing floods due to the rising waters of Lake Tanganyika. 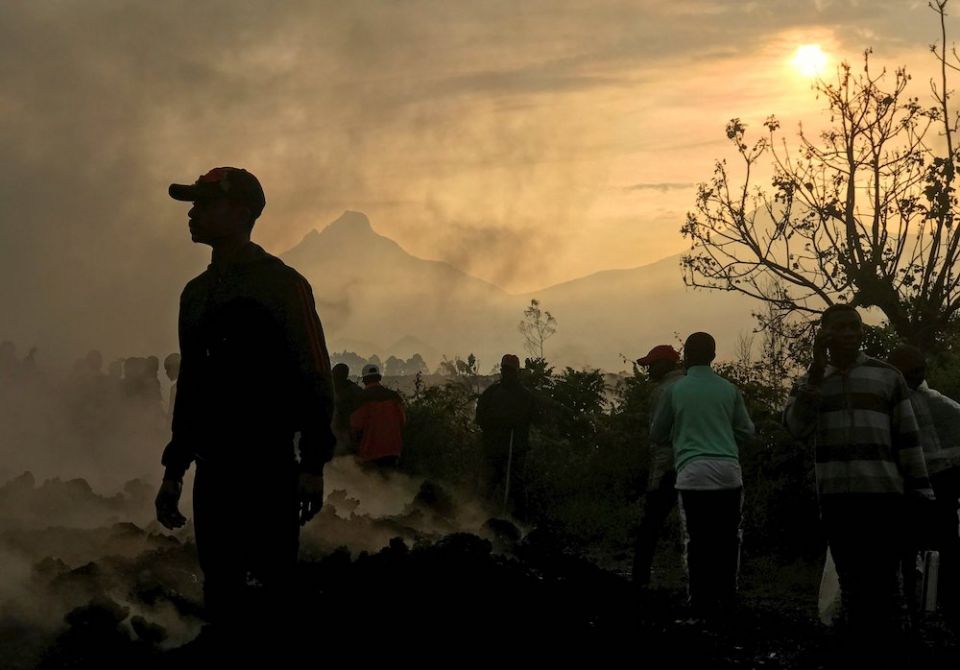 "We cannot reflect on the challenges of environmental protection and the exploitation of natural resources without considering their relation to human integral development," Utembi Tapa said.

The country has struggled recently with Ebola and is tackling the coronavirus pandemic, amid other diseases such measles and cholera.

These diseases "show our failure to manage human ecology," the archbishop said. "It's time that our behavior helps combat the multifaceted pollution in a consciousness that all human beings are created in the image and likeness of God."

Bishop Sébastien Muyengo, president of the bishops' commission for natural resources, said with COVID-19, many world leaders are calling for the new world order, the good of which is to find new ways of inhabiting the world.

Utembi Tapa said questions about protecting the Congo Basin include how to protect the forest without disrupting lives of communities settled there, what solidarity can be exercised with regard to countries where water sources are drying up, and how the revenue from mining of minerals such as cobalt and lithium could benefit the local populations.

Congo is rich in copper, cobalt, coltan and lithium, among other minerals. It has 50% of the world's cobalt reserves. Cobalt, a key material in car batteries, is expected to come under increased demand, along with copper, as the world continues to switch to electric vehicles.

"So it would make sense that at one point or another our country benefits from this demand in the face of insufficient supply," said Albert Yuma-Mulimbi, president of the Federation of Businesses in Congo.

In a range of observations at the end of the conference, the bishops noted the Congo Basin's rich natural resources were irresponsibly overexploited, leaving the land fragile following deforestation, air and water pollution, and dumping of toxic waste.

A key driver of social inequalities in the country is climate injustice, the bishops' statement said.

It also highlighted the Congolese government's weakness and inability to control or evolve a strategic vision for its mining, forestry, water, energy, land and agricultural resources. The statement also noted the absence of basic infrastructure that would ensure sustainable exploitation of natural resources, thus contributing to the national budget.