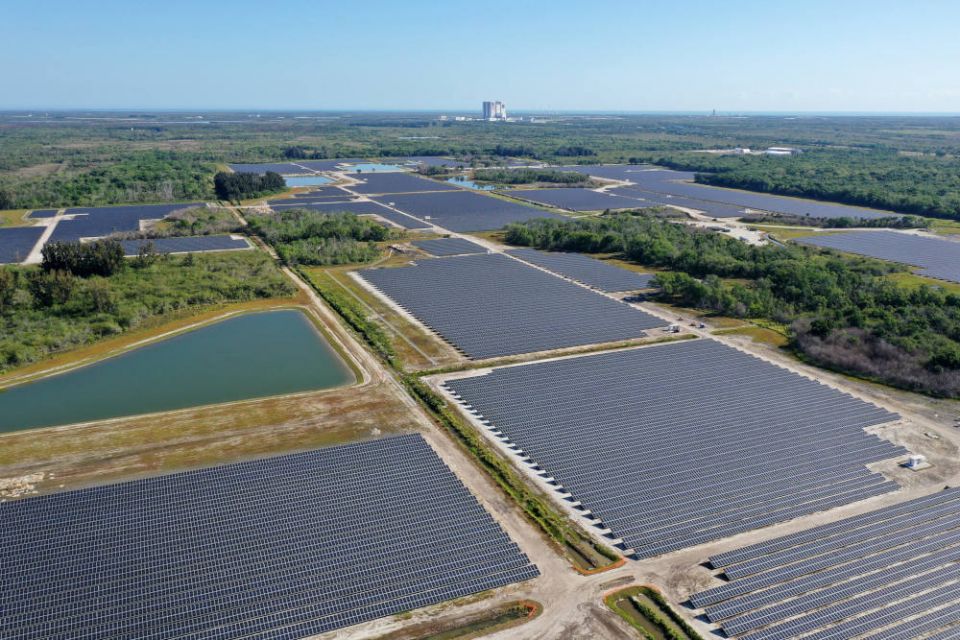 If you're like me, when you hear the words "environmental justice" what first forms in your mind are pictures of polluting factories and power plants near a residential neighborhood. Maybe a congested highway overpass or malodorous city dump, too.

But the term, and its guiding principles, apply beyond how and where fossil fuels are extracted and burned and toxic dumping occurs, and where hazardous landfills are located. It also has to do with renewable energy, and how that major power shift is implemented as part of global efforts to limit climate change.

A timely example of that is playing out now in Florida.

Reporting this week for Inside Climate News, Aman Azhar chronicled the story of Archer, a historically Black town in northern Florida where residents successfully organized twice in the past two years to block construction of two large, utility-scale solar farms on nearby vacant farmland.

"It's a great idea. But it's in the wrong location," Gerrie Crawford, chair of the Saint Peter Saint Paul Community Council who lived near one of the proposed solar sites, told the online publication.

She and others in her community, a small town of roughly 1,200 people, had concerns about the proposed solar facilities' compatibility in their neighborhood, potential environmental harms for those living nearby and environmental racism and cultural factors — for instance, one of the plants threatened to disturb a cemetery and past energy projects left properties unusable or devalued.

Just as important, the residents were upset with the limited and late-stage engagement the solar companies had with their community, as they received notice on a fence post ahead of construction that was set to begin in months for a project they learned was years in development.

Frustrated with the lack of participation in decision-making, the neighborhood formed the Saint Paul Saint Peter Community Council, named after two Baptist churches that share the same road. Ultimately, the residents swayed Alachua County commissioners to vote against both solar projects.

Despite their victories, the Archer community still faces uncertainty with future proposals after the Florida Legislature and Gov. Ron DeSantis in the summer rushed through a new "preemption" law to stop local governments from blocking future energy projects.

The whole story is worth a read.

"We support renewable energy," Crawford told Inside Climate News. "But we feel it has to be a just transition to break the cycle of past injustices in the name of progress."

As you may recall, a just transition was the focus of a recent reporting series by Global Sisters Report.

Speaking from her experiences working with Indigenous communities in Peru who have opposed mining projects on their land, Maryknoll Sr. Patricia Ryan said that the local people "have to have a direct, vital part in any decision that is being made regarding their territory. They have to be a part of the decision-making process right from the beginning."

Other examples of environmental justice alarms ringing with renewable energy are seen in the ongoing campaign by the Apache Stronghold opposing a copper mine in Arizona that would destroy their sacred sites at Oak Flat, and in Nevada where tribes are battling mining projects for lithium and other rare minerals essential for creating batteries and other elements necessary for clean energy deployment.

In each of these cases, the focal point may have changed — from a coal-fired power plant or chemical factory to clean energy projects — but the environmental justice ramifications remain. All of this reminds me of something that Ruth Miller, a Dena'ina Athabaskan from near Bristol Bay, Alaska, told me while we spoke in the streets of Glasgow after an Indigenous rally  at COP26:

What's new on EarthBeat this week:

What's happening in other climate news:

The National Black Catholic Congress is hosting a live webinar on Jan. 10 titled "Imagining our Ecological Future: Black life and Laudato Si'." It will be streamed 7-8:30 p.m., Eastern, on its social media platforms.

At EarthBeat and NCR, we're always working hard to track down stories and keep our finger on the pulse of what's happening at the intersection of faith, climate and environmental justice. But we can only do so much ourselves. That's where you come in.

Drop us a line at earthbeat@ncronline.org with your story tips, or other ideas you might have to help inform our coverage in 2022.

As always, please forward this email, or pass along the link to EarthBeat Weekly on our website, to a friend who might appreciate EarthBeat.

EarthBeat Weekly: 'Pursuit of climate justice is inextricable from the pursuit of racial justice'