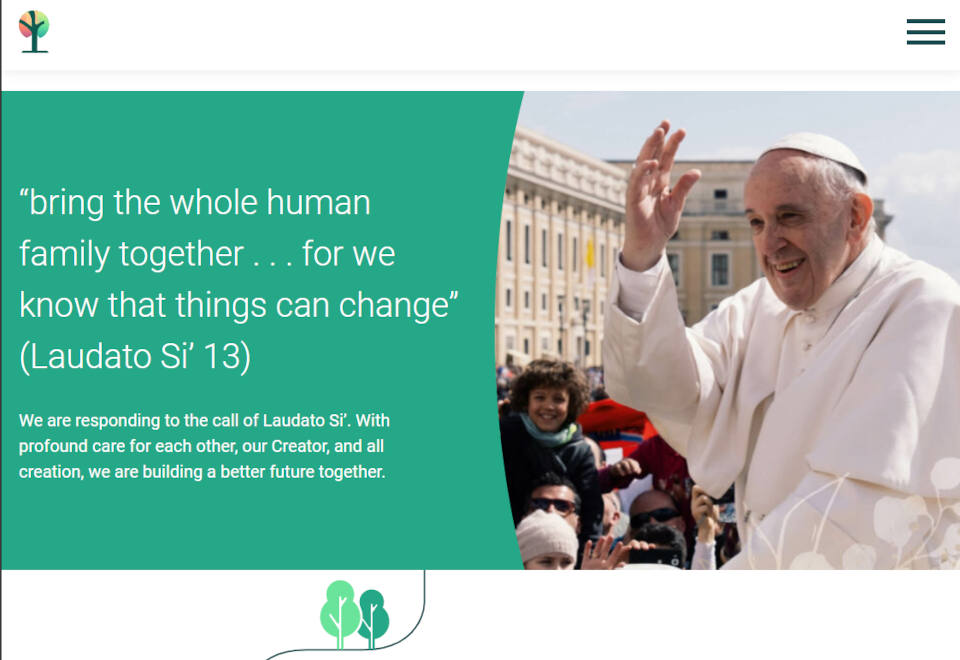 The end of 2021 is just hours away. And depending on where and when you're reading this, it may already be.

The past year was billed as an especially important one for the planet, which certainly kept us quite busy here at EarthBeat. On Monday, we published a year in review from Catholic News Service that highlighted a number of the major environmental stories of 2021.

As I read through those highlights, and reflected on other prominent areas of our reporting of the past 12 months, a central theme ran through a number of the year's major stories — preparation.

Preparation, by nations that gathered at COP26, in Glasgow, Scotland, ahead of a critical decade for significant action to dramatically reduce greenhouse gases if the world is to put itself on track to hold average temperature rise to 1.5 degrees Celsius, and critically, below its most catastrophic levels. As Catholic leaders have stated all year, that goal is not just about a number; it's about the survival and safety of millions of people and species, both today and for generations to come.

Preparation, by the Biden administration to reverse environmental rollbacks under former president Donald Trump as it looked to reestablish the U.S. as a global leader on climate change. That has begun with policy changes, whether efforts at the Environmental Protection Agency, land protections through the Department of Interior or the continued work to pass the largest federal climate legislative action as part of the Build Back Better Act.

Preparation, by the Vatican through a major, ambitious initiative to activate the worldwide Catholic Church toward integrating sustainability into their daily faith experience through the Laudato Si' Action Platform. The project pushed through several delays but is now open for Catholic institutions large and small to join — attention will turn next to who will, and how many.

In each case, important groundwork was laid this year, even if not as much as many faith-based environmental actors had hoped. The three stories above demonstrated signs that progress on addressing climate change and other environmental threats are afoot, but also the difficulty that comes with achieving them.

And in each case, they will be stories we'll continue to follow into 2022 and beyond.

But before we look too far ahead, here's the news stories that most captured the attention of you, our readers, in 2021:

The famed conservationist/primatologist spoke about her views on the intersection of religion and science and her history observing chimpanzees in Africa. In April, Goodall also appeared with Cardinal Peter Turkson in a discussion about the importance of preserving biodiversity for humanity's own survival.

While the launch of the Laudato Si' Action Platform wouldn't come until November, this introduction in May laid out the expectations and displayed papal support of the project. For me, this was the biggest faith-environment story of the year, and one of the biggest Catholic stories overall.

An unprecedented joint declaration by 40 leaders of world religions made clear that the global faith community was united in calling for a robust and radical response to climate change. It spelled out in clear terms what Francis and others expected from COP26, and just as importantly, stated what they commit to do within their own faith traditions. A copy of the joint faith appeal hung framed between the main plenary halls at the Glasgow climate conference.

Francis was clearly an environmental newsmaker for us this year. In this case, he delivered two Earth Day addresses calling for urgent action on climate change, one directed at world leaders gathered at President Joe Biden's virtual climate summit.

And here are the most-read commentaries on EarthBeat this year:

Members of West Virginia Interfaith Power & Light tapped the pope's words in urging their state's Sen. Joe Manchin, who is Catholic, to support the $555 billion in climate provisions tucked into the Build Back Better Act. Those efforts to sway their senator continued in December, when they delivered an extra-large Christmas card asking he reconsider his publicly declared opposition to the bill.

In a Small Earth Story (which you, too, can submit, by the way), University of Notre Dame student Randazzo bemoaned how fertilizer dumping and climate change have combined to push her hometown Lake Eerie to an ecological breaking point.

Camosy, writing for Religion News Service, provides a round-up of the latest research and actions from theologians in the realm of nonhuman animals.

Also writing for RNS, McDermott makes the case for a plant-based diet as not just good for your health, or good for other animals, but also essential for the planet.

We often hear readers or groups talking about how to live out Laudato Si'. Well, Bauck offers up her suggestions on how to wear it out.

And I'll close with highlighting a few reports that warrant special recognition:

An Estate Plan for the Earth: A four-part special reporting series by Chris Herlinger and me told the story of how women religious across the country are working to preserve the land under their care for generations to come through land trusts and conservation easements.

Inside the campaign to divest the Catholic Church from fossil fuels: A deep-dive into the yearslong program of the Laudato Si' Movement (formely Global Catholic Climate Movement) to accelerate Catholic institutions to make financial decisions in harmony with church teaching on the environment and addressing climate change, primarily through cutting ties with the fossil fuel industry.

Hazel Johnson, the mother of environmental justice, was Catholic: The founder of a citizens advocacy group fighting pollution in south Chicago's predominantly Black community was also a parishioner at Our Lady of the Garden Church. Johnson's daughter Cheryl joined Goldman Prize winner Sharon Lavigne, who has fought against plastics factories in Louisiana's "Cancer Alley," as both spoke during the Catholic Climate Covenant's second biennial conference on implementing Laudato Si' in the U.S. church.

We'll return to the regular newsletter format next week. In the meantime, thanks again for your continued support and readership of EarthBeat. Have ideas on stories, angles and topics we should explore further in 2022? Drop us a message at earthbeat@ncronline.org.

As always, please forward this email, or pass along the link to EarthBeat Weekly on our website, to a friend who might appreciate EarthBeat. And of course, thanks to you for reading,

We'll see you in the new year.