EarthBeat Weekly: Three women leading in defense of the environment 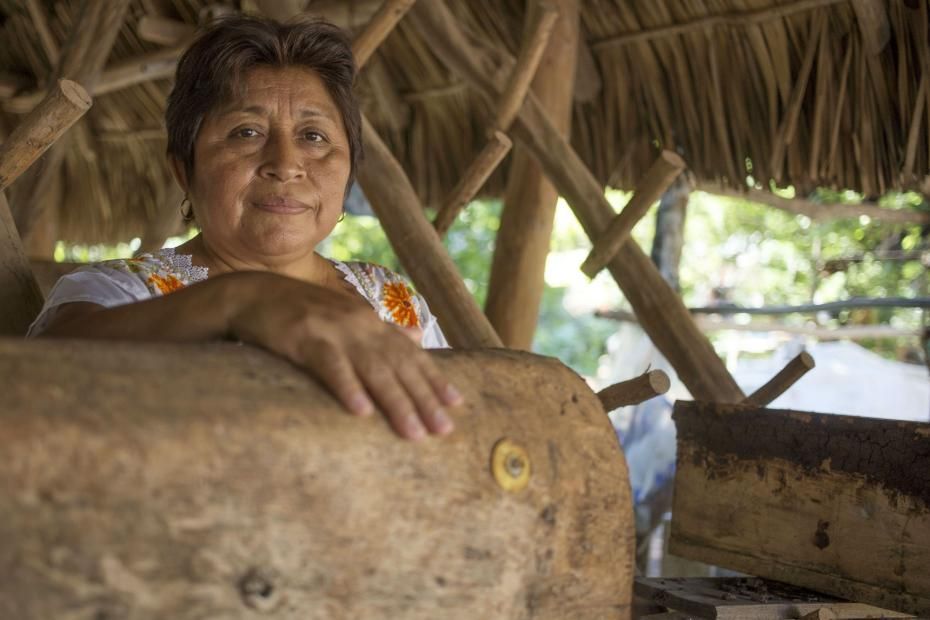 Leydy Pech, a Mayan beekeeper, led a fight against plantations of genetically modified soy that were decimating wild bees in her region of Mexico. (Robin Canul for AIDA)

With International Women's Day approaching on March 8, it's appropriate to highlight the work of women who defend the right to a clean and safe environment, often at risk to their own lives. There are far too many to count, of course, but here are brief portraits of three recent winners of the Goldman Prize, which is sort of the Nobel Prize for defenders of the environment.

When soy plantations moved into the Mexican states of Campeche and Yucatán, the combination of deforestation and chemicals used on the genetically modified soy was devastating for the wild bees on which local people depend for a livelihood.

Leydy Pech brought Indigenous Mayan farmers and beekeepers like herself together with environmental groups and researchers to study the environmental and health impacts of the plantations and the chemicals they used, including the herbicide glyphosate.

As a result of their efforts, Mexico's Supreme Court ruled in 2015 that Indigenous communities must be consulted before genetically modified crops can be planted nearby, and in 2017, the government revoked Monsanto's permit to grow genetically modified soybeans in seven states, including Campeche and Yucatán. Nevertheless, the rule has not been effectively enforced, as Pech recently told Bobby Bascomb of Living On Earth.

Farther south, in Ecuador, Nemonte Nenquimo grew up in an area where the government had opened up the tropical Amazonian forest for oil drilling. She recalls seeing both the environmental impacts and the social effects on her Waorani people.

In 2018, Nenquimo, a Waorani leader, played a key role in a battle against the auction of millions of acres of forest for oil drilling. A ruling by the Ecuadorian Supreme Court in 2019 blocked the oil leases and required the government to gain the consent of Indigenous communities about projects slated for their lands.

But while the case could set a precedent for other Amazonian peoples, Indigenous communities continue to face obstacles in their fight for control over their territories.

And in case you think that battles to protect the environment are only waged in distant forests, Lucie Pinson, a French environmental activist, launched a savvy and successful campaign that prodded major banks and insurance companies to stop financing and insuring coal projects and coal companies.

The list of women who stand up for environmental justice is long — and some have lost their lives in the struggle, like Berta Cáceres, whose fight to protect her Lenka people's territory from a dam project led to her assassination. March is a good month to remember them, to stand with them and to ask what more we can do to support them.

The United States Conference of Catholic Bishops is hosting its third ecumenical dialogue about its recently published "Ecumenical and Interreligious Guidebook: Care for Our Common Home" on March 9 from 4:15 p.m. to 5:15 p.m. Eastern Time. The purpose of the dialogue is to gain greater insight into how caring for God's creation is fundamental to Christianity, how each of the participating churches is fulfilling this mission and how Christians can unite in caring for our common home. You can find more information about this and other upcoming events on the EarthBeat Events page.

The interfaith environmental network GreenFaith will sponsor "Sacred People, Sacred Earth," a global day of action, on March 11. You can learn more about how to participate here.

Do you know a woman who is fighting for the right to a healthy environment for her family, her neighbors or the rest of us? She might be a well-known figure or a person who works at the grassroots, in her community. She could be a friend or a neighbor.

We'd like to share her story on EarthBeat. You can tell us about her in 150 words or less in a Small Earth Story or send us a message at earthbeat@ncronline.com, telling us why you admire her.