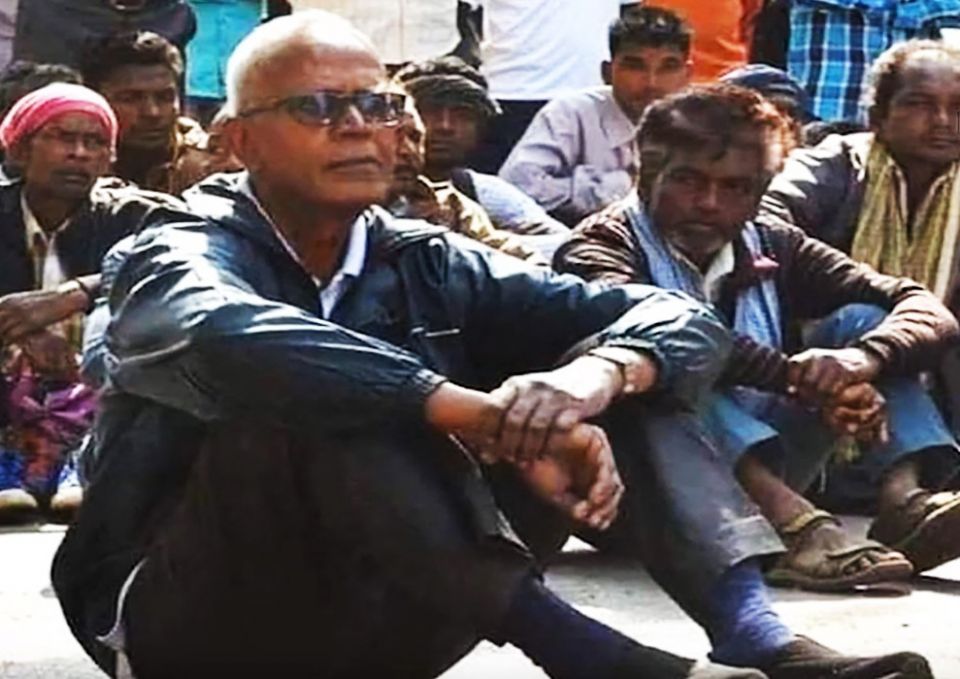 Jesuit Fr. Stan Swamy, pictured in a screenshot from a video, has been incarcerated in an Indian jail since his Oct. 8, 2020, arrest. The priest, who has worked for tribal rights in India, credits his Jesuit training and work with India's Indigenous people for providing him with coping strategies. (CNS screenshot/YouTube)

Bhopal, India — An elderly Jesuit priest struggling in an Indian jail with ill health says he still finds happiness in listening to the stories of other inmates and credits his congregation for the training that helps him cope with his situation.

Fr. Stan Swamy, 84, has been in Taloja Central Jail in Mumbai since Oct. 9 following his arrest on charges of sedition and links with outlawed Maoist rebels.

Ucanews.com reported the priest is suffering from Parkinson's disease, a hernia and age-related ailments and is unable to eat and drink without help from other prisoners. Inmates help him bathe, wash his clothes and do other daily chores on account of his age and ill health.

"Listening to the life narratives of the poor prisoners is my joy in Taloja prison. I see God in their pains and smiles," Swamy told one of his priest colleagues in a telephone call.

The priest also revealed his struggle to drink tea and water without the help of a straw or a sipper after jail authorities refused to allow him a sipper-tumbler that he brought with him when he was taken to the prison.

"Now, I am using a baby-sipper mug, which I purchased through the prison hospital. I have communicated this need to our lawyers. I am still awaiting to receive the sipper-tumbler," Swamy said.

The Catholic Register in Toronto reported Father Erik Oland, Canada's Jesuit provincial superior, has asked the Canadian government to intervene in the case.

"Our country has publicly declared its commitment to championing the values of inclusivity and accountable governance; peaceful pluralism and respect for diversity; and human rights, including the rights of those most marginalized in society. All these values have either been ignored or violated in the case of Father Stan," Oland wrote in an October letter to Foreign Minister Francois-Philippe Champagne. "We cannot espouse these principles and values as a nation and do nothing in this case.

Ucanews.com reported Swamy maintains an attitude of contentment and credits his Jesuit training and close to 50 years of working with underprivileged Indigenous and Dalit people.

"Father Stan is so down to earth that he used to eat whatever poor people offered him," said Jesuit Fr. A. Santhanam, a lawyer practicing in the Madurai bench of Tamil Nadu High Court.

"Father Swamy is in great difficulty in the jail and cannot even eat and drink without others' help. We are encouraged by his great words to be happy in the most difficult times. It is a living testimony for any missionary on how to deal with a painful situation," Santhanam added.

The National Investigating Agency, a federal agency empowered to combat terror in India, arrested the priest Oct. 8 from his residence in Ranchi, capital of Jharkhand state, and charged him under the stringent Unlawful Activities Prevention Act.

Swamy tried for interim bail because of his failing health and old age, but the court dismissed his request on grounds that he was arrested under the UAPA.

The priest has denied any wrongdoing. Church leaders have accused authorities of persecuting the priest because of his work with marginalized communities.

The case has also attracted the attention of the United Nations.

The next hearing of his case is Nov. 26, ucanews.com reported.