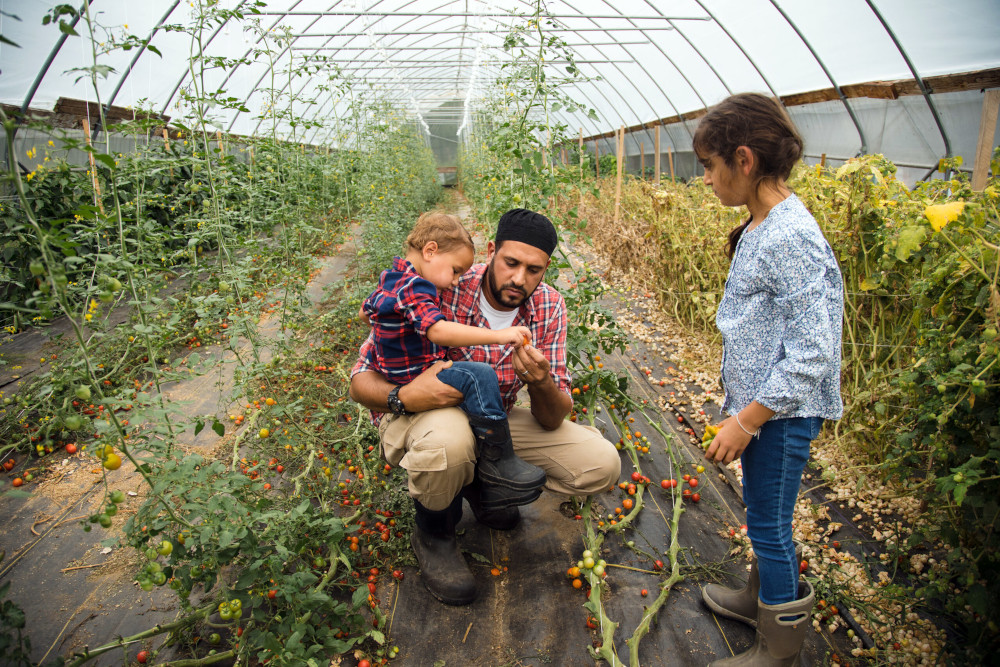 More than a decade ago, Samer Saleh started reading about where his food — and the vast majority of food in the U.S. — comes from. He was horrified by what he found. From crowded slaughterhouses to pesticides leaching into the soil, the industrialized agricultural practices that millions of Americans take for granted disgusted the 46-year-old stock trader, originally from the Egyptian city of Alexandria.

Saleh and his wife, Diane, resolved to find another way to feed themselves. As observant Muslims, they already restricted their family to food that is "halal" — permitted under Islamic dietary laws — but now they broadened their understanding of "tayyib," a quality broadly defined as wholesome that is also recommended in the Hadith, the sayings of the Prophet Muhammad.

That meant finding meat slaughtered not only in accordance with Islamic principles but also raised humanely and vegetables produced in a way that doesn't victimize others.

Finding few companies that answered that call, the couple founded Halal Pastures in 2013 and two years later purchased a 14-acre farm about an hour north of New York City, where they grow organic vegetables and raise free-range chickens. Today, they work with other farmers in New York and Pennsylvania to ship certified organic halal chicken, beef, turkey and lamb to customers around the country.

Saleh sees this work as an expression of his faith. "In our religion, food truly nourishes your body," Saleh told Religion News Service in a recent phone interview from the farm. "What we put in our food, or even our body, is what we get out. And if the food that we put into our body is wholesome, is halal, is pure, you believe that it turns into good deeds."

Increasingly, religious food producers and consumers are on the hunt for food that satisfies their faith's dietary restrictions — "halal" for Muslims, Kashrut, or kosher, for Jews — but goes beyond bans on eating pork or eating meat slaughtered to minimize animals' suffering. These foods have been called "eco-halal" and "eco-kosher." 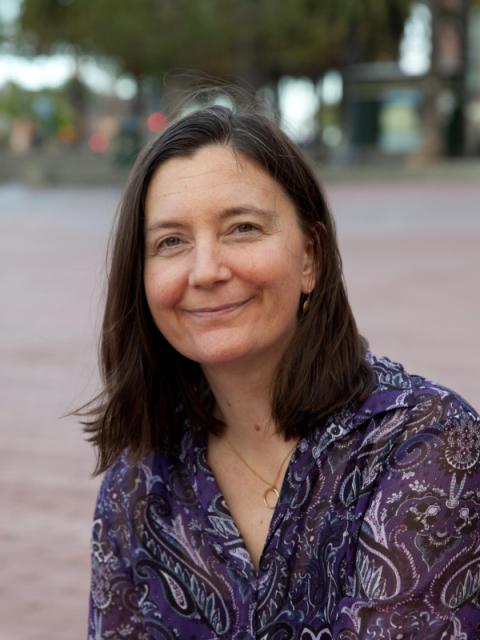 Rather than focus on "permissible foods," said Sarah Robinson-Bertoni, a professor of religion and environment at Pacific Lutheran University, the focus is on permissible foods that also provide for the wellbeing of farm workers, consumers and the land itself.

These ideas are gaining ground as more religious communities see the concept of food justice — the right to eat fresh, nutritious, affordable, culturally appropriate and locally grown food — as part of their faith's mission. Besides Halal Pastures, companies such as Grow & Behold and KOL Foods provide kosher meat that's grass-fed and pasture-raised on small farms.

"Stewardship of land and water are crucial for not only human health, but the health of all the living beings in a particular landscape," Robinson-Bertoni said. "So all of these priorities, (these movements) locate in religious tradition."

Eco-kashrut has existed since at least the 1970s and gained traction in the 1990s, with the writings of Rabbi Arthur Waskow, who grounded the movement's ideals in Jewish values such as tza'ar ba'alei chai'im — literally, "distress of those who possess life," and usually interpreted as respect for animals — and bal tashchit, a prohibition against "ruining" the earth.

Eco-halal, meanwhile, has been popularized with the publication of books such as 2010's "Green Deen," by Muslim activist and organizer Ibrahim Abdul-Matin, who connects core Islamic ethical principles such as belief in the oneness of God and stewardship of the earth with the relationship American Muslims have with food and agriculture.

Both these movements are currently experiencing a "burst of interest," said Samira Mehta, a professor of Jewish studies at the University of Colorado Boulder. Mehta attributes the increase to the awareness of climate change, which "creates an urgency" to move away from industrial agriculture, which contributes about 11% of the country's greenhouse gas emissions. 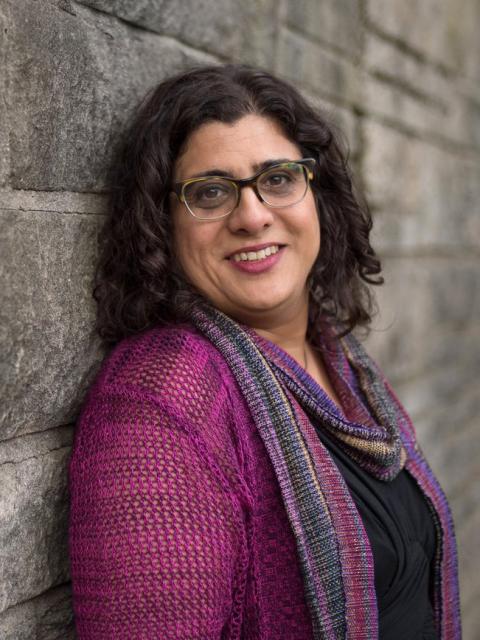 Samira Mehta, a professor of Jewish studies at the University of Colorado Boulder, attributes increased interest in sustainable eating to awareness of climate change. (RNS/Courtesy photo)

Even as activists seek to incorporate ecological principles into religious food certification traditions, some religious authorities are doing so as well. After an investigation revealed animal cruelty at the nation's largest kosher slaughterhouse in 2006, members of the Jewish Conservative movement created Magen Tzedek ("Shield of Justice"), a complementary certification that ensures that the food meets standards for workers, consumers and the environment as well as for the animals.

But another reason is that eco-halal and eco-kosher devotees are less concerned with strict religious approval than faith-based food justice, which might be a stronger expression of Jewish identity for some than keeping kosher, according to Mehta. Rather than merely looking for kosher symbols at the grocery store, ecologically sound eating makes people think deeply about the food they're eating.

"People can find (kosher or halal rules) immensely personally meaningful," Mehta said. "But the eco-kashrut movement is operating on a different logic. And it's a logic around really clear values tied to environmentalism."

"You don't want to dirty the land that has been given to you," Saleh said. "You really have to take care of that soil … because this is the soil that will feed generations — and generations after you."