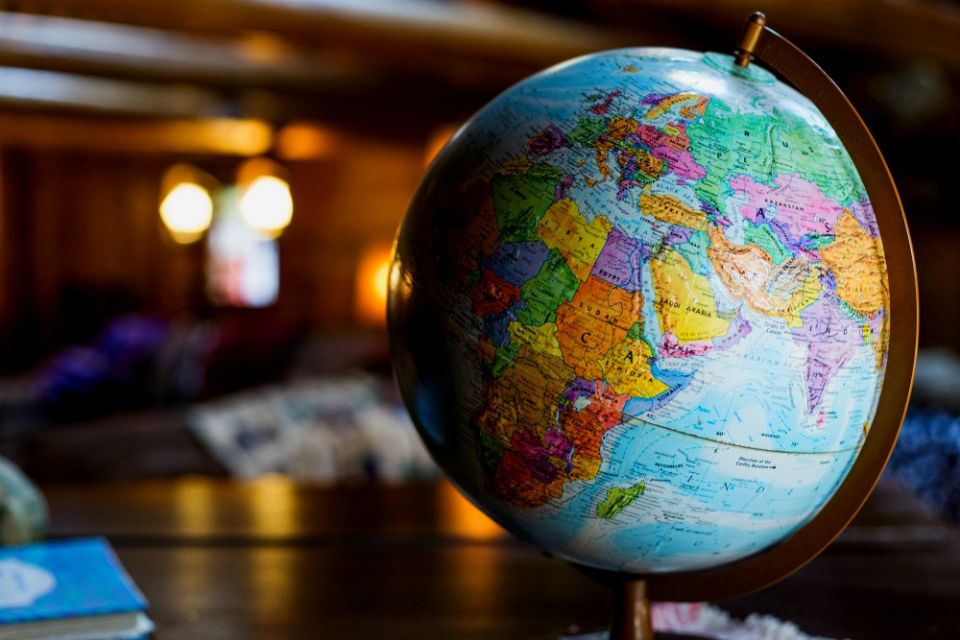 Pope Francis has consistently called for the human family to embrace an "integral ecology," a way of viewing the world anew and understanding that "everything is connected." Everything that affects the human domain is inextricably tied to the nonhuman world and vice versa.

The interdependence, interrelatedness and inseparability of our circumstances as part of a larger whole and members of God's broad family of creation have long been ignored or denied by many human beings for centuries. And now, in documents including "Laudato Si', on Care for Our Common Home" and Querida Amazonia, the pope has drawn our attention to the need for intellectual and moral conversion toward a more integral ecology that responds to "both the cry of the earth and the cry of the poor."

But what are we to do once our perspectives have changed in this way? When we embrace an integral ecological approach to understanding the world and our place within the broader community of creation, what comes next?

Like his pontifical predecessor St. John XXIII, Francis has not shied away from emphasizing the need to put Christian principles into action. In fact, Chapter 5 of Laudato Si' is focused on promoting "lines of approach and action" that follow from what should be our renewed sense of interconnection between the human and nonhuman spheres.

I believe that an integral ecology means little if we do not translate it into concrete action, or what we might call an "integral economy."

Both ecology and economy share a common root word, one that signals the focus of the terms, that is the Greek word oikos, which means "household." In the case of "ecology" we have the etymological combination of oikos with the word logos, which in this case means to "study," "talk about," "understand" or "reason." Ecology is the manner in which we study or talk about "our common home."

In the case of "economy," you have the joining of oikos with nomos, which literally means "law" or "rule." But nomos comes from another Greek word, neimen, meaning "management," "oversight" or "distribution" and these valences give us a broader sense of the term's meaning.

Typically, the word "economy" is reduced to the world of financial transaction, international monetary policies and stock market performance. But the term itself avers to a more comprehensive vision. It references not only the financial norms and laws of a given "household" or society, but points to the inherent principles, foundations, presuppositions and policies that structure that society.

We are desperately in need of another way of thinking about how we structure "our common home," and the lens through which we order our choices and shape our policies must be shaped by an integral ecology. As Francis outlines in Laudato Si',

Today, the analysis of environmental problems cannot be separated from the analysis of human, family, work-related and urban contexts, nor from how individuals relate to themselves, which leads in turn to how they relate to others and to the environment. There is an interrelation between ecosystems and between the various spheres of social interaction, demonstrating yet again that "the whole is greater than the part."

At times throughout Laudato Si', Francis refers to the realm of human society as the "social ecology," which describes the intrahuman relationships that exist and are ordered at various levels, from the nuclear family to international institutions. Always keeping in mind the interrelatedness of humanity with the rest of creation, the pope emphasizes, "If everything is related, then the health of a society's institutions has consequences for the environment and the quality of human life."

And yet, there is not always a clear vision expressed for what a "social ecology" in the key of "integral ecology" looks like.

Thinking about this question recently led me to return to Yale Divinity School theologian Kathryn Tanner's 2005 book, Economy of Grace. Tanner makes a claim that might surprise many self-identified Christians, but it is one that aligns well with the pope's challenge for Christians to embrace alternative ways of thinking about society and the world. She explains,

The whole Christian story is a vision of economy, a vision of a kind of system for the production and circulation of goods, beginning with God and extending to the world, from creation through redemption. In this way of looking at the Christian story, Christianity is every bit as much about economic issues as an account of the way prices are determined by marginal utilities.

At the core of the Christian tradition stands a vision for how we are meant to live with each other. Jesus of Nazareth's entire life, death and resurrection provide us with the strongest glimpse of what God is like. Furthermore, Jesus models for us how to live, what a community called by God ought to look like and whom it might include (i.e., everybody) and what the real-life consequences are of accepting the mission to live more in line with God's reign than that of other forms of economy or societal structuring.

Tanner refers to this as a "theological economy," but I think her point about the motivation and guidance for economic structures shaped by Christian commitments (which sound a lot like "socialism" to many today) is exactly in keeping with the "integral economy" I am striving to envision.

Like Tanner, who explores in her study a variety of iterations of alternative economies, I do not wish to be reductionist in making an overly simple (and ultimately false) claim that Christianity — whether considered from the point of Scripture or some series of doctrinal articulations — offers us a clear pathway toward constructing a social, political or financial system as such. Instead, I believe that what is most important is returning to the principles that should govern our social ordering and shape the structures of "our common home."

To this end, I return to Francis' reiteration of the importance of integral ecology understood most broadly as learning to see that everything is connected, that we are interdependent creatures, that what happens within the human sphere of influence both directly and indirectly affects the rest of creation and so on.

It is this vision of Christianity, one formed by a commitment to mutuality and inclusion, which should guide the choices we make, the laws we pass, the commitments we embrace and the society we wish to form.

Within the context of the United States, we find ourselves at an important time of decision-making, particularly as it pertains to the kind of principles we wish to support and the civil leaders we elect to enact and protect them. Often "the economy" is listed as a voting priority for many citizens. However, most people are really only talking about their own financial security and personal future.

But what if an "integral economy," shaped by the Christian vision of an "integral ecology," was our voting priority? What if we sought seriously to put into practice the holistic vision of God's creation the church teaches in Laudato Si'?

Maybe then we could shift our focus from financial bottom lines and self-preservative measures toward a way of sharing "our common home" that takes into consideration the whole of creation from the Christian perspective in shaping the policies and practices that govern our society.

A version of this story appeared in the April 3-16, 2020 print issue under the headline: What we need is an 'integral economy' .

Column | What we need is an 'integral economy'