by Richard J. Nevle
Spirituality
This article appears in the At Home in Creation feature series. View the full series. 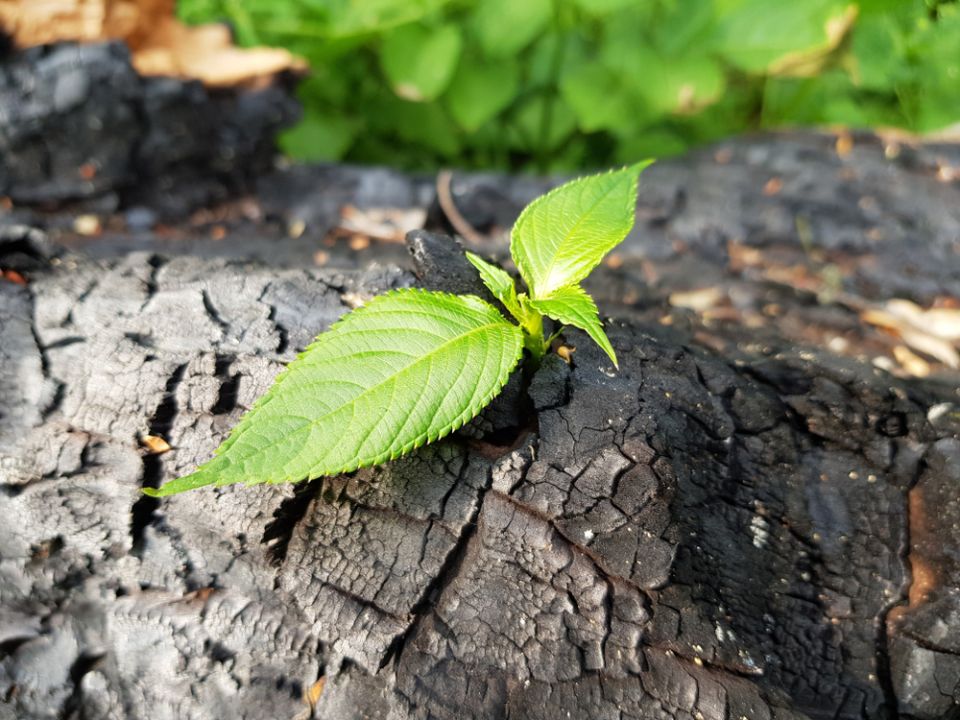 This week's reflections focus on fire.

"grief saw nothing but itself, grief saw every speck of pain in the world; grief spread its wings large like an eagle, grief huddled small like a porcupine; grief needed company, grief craved solitude; grief wanted to remember, wanted to forget; grief raged, grief whimpered; grief made time compress and contract; grief tasted like hunger, felt like numbness, sounded like silence"

"Her absence is like the sky, spread over everything."

"Give sorrow words; the grief that does not speak
Whispers the o'er-fraught heart and bids it break."

[The following is adapted from The Paradise Notebooks: 90 Miles across the Sierra Nevada, by Richard J. Nevle and Steven Nightingale, to be published in spring 2022 by Cornell University Press, and is used here by permission.]

In the hot, dry summer of 2021, I watched helplessly as fires raged across California. Since July, fire has ravaged more than 2 million acres of my home state, burning forests, devastating towns and ending lives of countless animals who make their homes among the trees. Our fire season is not over, and unknown loss looms in the months ahead.

In August, as smoke turned the sun above my city into a neon pink ball, a woman I know lost her brilliant, beautiful son. He was 17. I wrote to tell her that I wished, somehow, I could hold some measure of her immeasurable grief. I wished, absurdly, that she and her family would not have to bear the weight of it all alone. But she would have none of it. There are gifts in grief, she told me. Beauty even. Even miracles. I don’t know how this is possible, and yet I want it to be true.

In another August, eight years ago, I was headed home from a backpacking trip, my days spent wandering mountains, nights spent beneath heavens of stars. Some movement in the rearview mirror drew my attention from the road. An immense gray nimbus boiled up from the green curtain of mountains behind me. It took several seconds of reckoning to convince myself that the Sierra hadn’t been bombed. I watched as forest vaporized into a clear blue sky. Images of fleeing animals — deer, bears, ravens, coyotes, wildcats, snakes — raced across my mind's eye.

The fire raged, rained ash, turned the Sierra sky the color of blood. Months passed until the first good rain of autumn finally came, smoldering out the fire at last. In December I returned to witness the devastation close up. Charred trees stretched to the horizon. What once was forest was a blackened necropolis bitter with the smell of smoke.

I've returned each year to study how a forest might begin to recover from such devastation. Eight summers later, blackened pillars of trees are still present, but they stand above a brushy tangle of green. Ferns and tough-leaved shrubs have sprung up. Ponderosa pines I thought were surely dead are flush with young brushes of needles. Oaks are regenerating. Conifer seedlings poke through charcoal-glittered soil. Black-backed woodpeckers, so dark they disappear against burn-blackened snags, hammer deep into trunks as they probe for beetles. The air hums with insects. At day's end, bats swirl silhouetted in the gloaming. Night brings small mammals scurrying from burrows. Some fall prey beneath silent flights of owls.

Perhaps in a few decades this burned-out landscape will begin to look something like what we think of when we think of a forest. But even now this land of blackened snags is a land of emergent abundance. It's a land recovering.

Maybe grief is a fire that burns in proportion to love. I want to hold onto the hope that from devastating loss, some small green thing might still emerge. For how else can any of us ever survive?

As we grapple with the intensification of wildfires due to climate change, it is important to know where the energy we use in our homes originates. If you're located in the United States, look up the source of the electricity in your home (coal, gas, solar, etc.), and contact your local utility to request less carbon-intensive energy in your region.

EarthBeat | At Home in Creation: Some small green thing