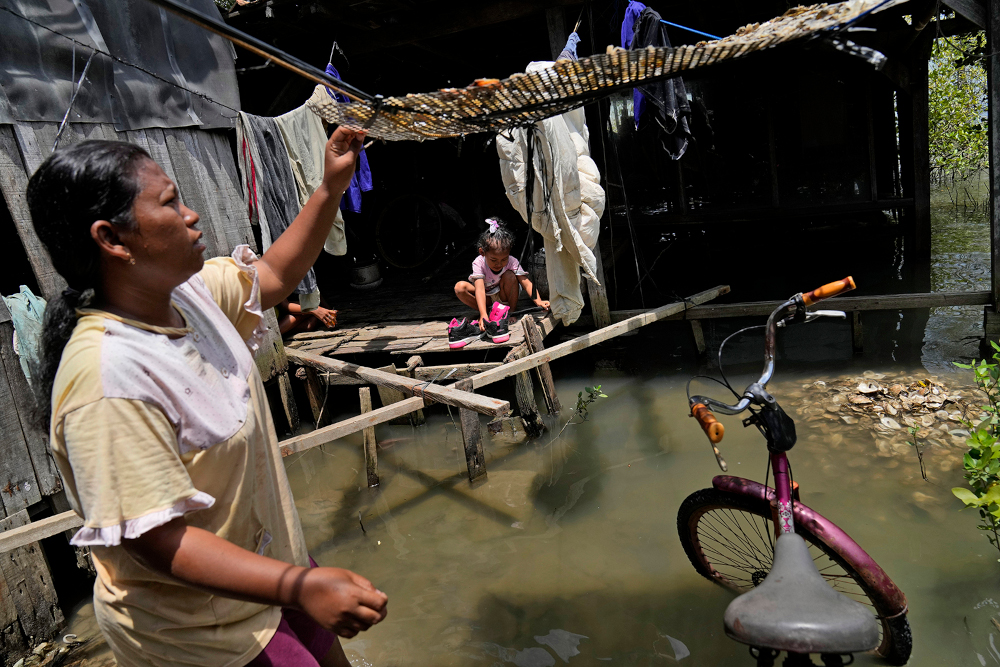 Nia Riningsih, one of few residents who stayed behind after most of her neighbors left due to the rising sea levels that inundated their neighborhood on the northern coast of Java Island, checks salted fish she dries as her daughter Safira plays at their house in Mondoliko village, Central Java, Indonesia, Sunday, Nov. 7, 2021. (AP/Dita Alangkara)

The middle of a war that is grabbing the world's attention may not be the best time to reflect on climate change. But the latest report from the U.N.'s Intergovernmental Panel on Climate Change shows that one crisis is not taking a pause while we settle another.

The news from this sixth IPCC assessment, unsurprisingly, is not good.

As The New York Times summarized it, "The dangers of climate change are mounting so rapidly that they could soon overwhelm the ability of both nature and humanity to adapt, creating a harrowing future in which floods, fires and famine displace millions, species disappear and the planet is irreversibly damaged."

Nowhere does the future appear more harrowing than for the inhabitants of small islands, from the Caribbean to the South Pacific, whom rising seas threaten to literally wipe off the map. But as imminent as the physical danger is, how the inhabitants reckon with what they are facing is often at odds with the scientific understanding.

In a chapter on small islands, the IPCC report to its credit recognizes that "material and non-material symbols that express collective meaning" are "often overlooked in adaptation policies and plans."

As it happens, many of these communities are composed largely of Bible-believing Christians, and what they believe matters because "(e)xternally-driven adaptation efforts in rural small-island communities that exclude community priorities, ignore or undervalue IKLK (indigenous knowledge and local knowledge), and are based on secular western/global worldviews, are often less successful."

In other words, it is important to know where the affected communities are coming from — not least, religiously.

Take the outer Fijian island of Ono. When Amanda Bertana, a sociologist at Southern Connecticut State University, went there to study relocation plans, she found a devout Christian population that believes that rising sea levels are the result of God's disapproval of their immoral behavior and, at the same time, that they won't be flooded into oblivion.

Why not? Because in the ninth chapter of the Bible's Book of Genesis, God promises Noah after the waters recede, "Never again will all life be destroyed by the waters of the flood."

For Bertana, this rejection of the secular narrative of coastal degradation is "a form of emotional self-preservation" — one, to be sure, that undermines efforts to get them safely relocated. This comforting promise not to flood the Earth again has been widely embraced among sea-level-threatened islanders.

But University of Oxford geographer Hannah Fair, also working in the South Pacific, has found alternative climate-related interpretations of the Noah story.

Some Fijians see in Noah a model for disaster preparation. Others, in a less orthodox interpretation, regard Noah as a villain who used his wealth for self-protection and those who drowned as victims. 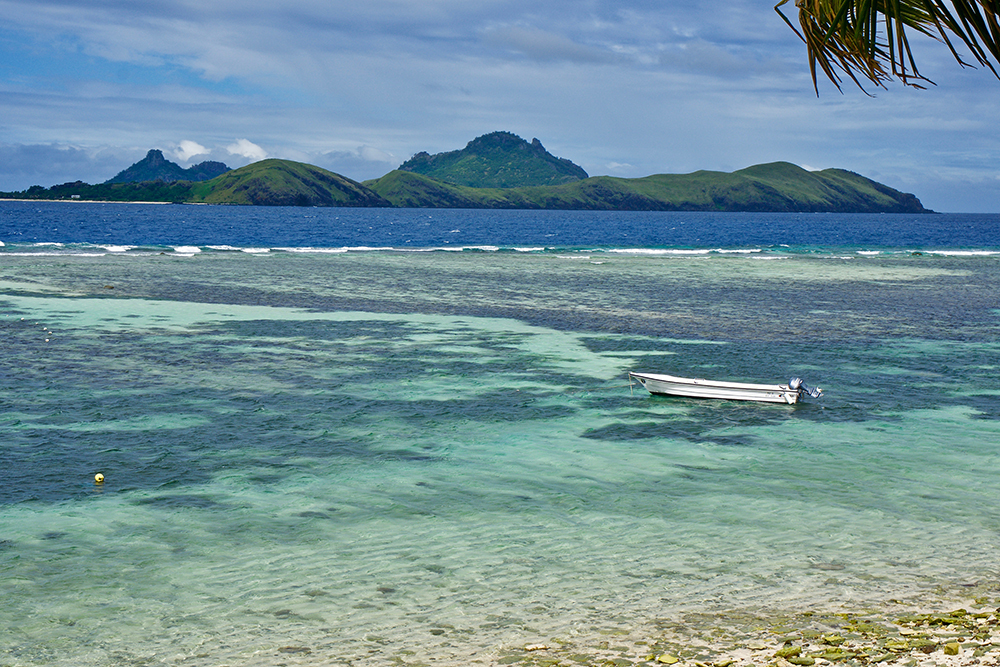 Meanwhile, on the Caribbean island of Trinidad, University of Texas anthropologist Brent Crosson found that the Afro-Christian denomination of Spiritual Baptists has adopted a biblical understanding of environmental destruction based on a (mis-)reading of Psalm 24.

This has led them to see the Earth as God's body, suffering harm from human activity. That includes the activity of oil companies, which despite providing Trinidad with significant wealth nevertheless are considered vampires consuming the planet's lifeblood.

Writing in a forthcoming collection of essays, Climate Politics and the Power of Religion, Crosson sees in this interpretation of Scripture an "ethics of injury" that "forms the basis not only for empathy but for new legal regimes that, despite many challenges in implementation, define the Earth as a person with rights."

Those who track religion and climate change tend to divide the world into Pope Francis-type progressives and white evangelical deniers. But there are more environmental theologies in heaven and earth, dear reader, than are dreamt of in their philosophies.