A pastor finds joy through the Lenten practice of birdwatching 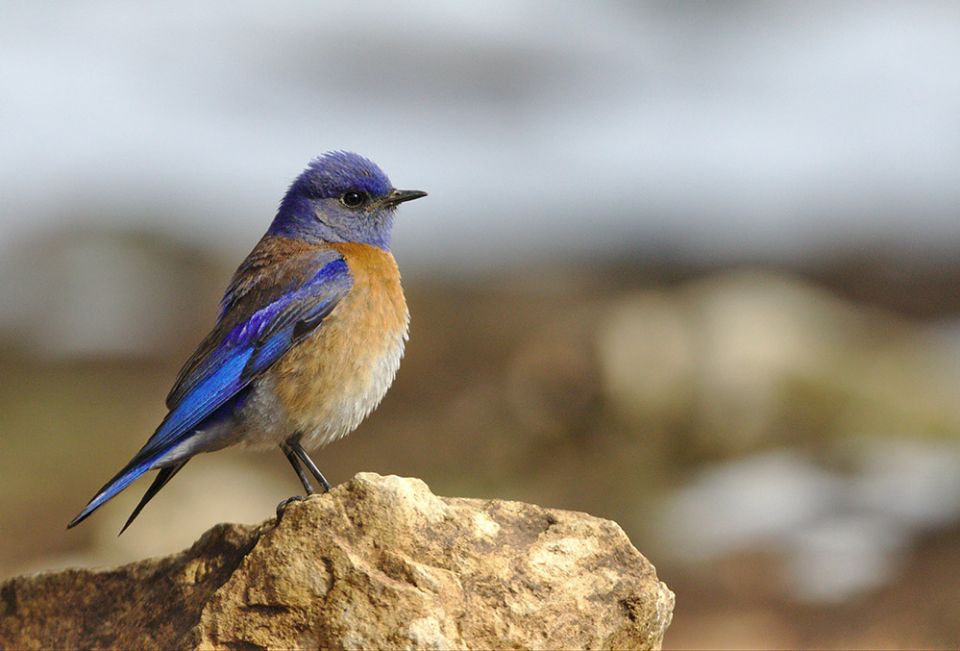 I struggle to sit still and pray.

That's a tough thing for a pastor to admit, but here we are. I've worked in ordained ministry for more than 11 years and, still, being still is often the last thing I want to do.

Then in early 2020, stuck within the four walls of my home with three active children, a perseverating husband and a perseverating self, stilled by circumstance and not by choice, I started looking out the window.

A little black bird with a white belly looked back at me. A western Phoebe, as it turns out. Our youngest, then 18 months old and still learning how to form words, called it "the seaweed."

We watched the seaweed and he watched us, his tail flicking up and down, his eyes bright, his head tilted to the side. We noticed turkey vultures in the tree across the street, two dozen of them sunning their wings in the early morning California rays. A mourning dove spent its early hours on the wall between our house and the neighbors, stepping its pink feet gingerly on the cool bricks.

Then I met author, physicist and Baptist pastor Paul Wallace on Twitter and began to follow his birding joy. Faced with stress or frustration or just the dailiness of life, he'd take to the woods near his home in Atlanta and sit still, asking for "a bird from the Lord."

Instead of trying in vain to sit quietly and pray, I bought a pair of binoculars and headed out to the yard, the park, the trails near my home and began to sit actively, alert and aware, watching and waiting. You can't make a bird appear, but if you aren't paying attention, you will almost always miss the gift. (There's a metaphor there.)

Here’s your Monday afternoon song sparrow, peace be unto you

When the calendar turned to March and Lent surprised me — again? this year, too?! — I didn't want to fast from anything. As we collectively limp out of a pandemic season, purposeful deprivation feels less spiritual and more like sandpaper on my already-raw soul. Instead, I decided to take on a simple, mindful spiritual practice: I would sit outdoors for 10 minutes a day and wait on a bird from the Lord.

I broached it with Paul, knowing I'd be borrowing his phrase, and he gave his blessing (and kindly agreed to lead the practice on Fridays, the one day I spend off of digital media). We agreed to hashtag it #aBirdFromTheLord and open it to anyone who wanted to join us.

Sometimes when I’m anxious I look back through my favorite bird photos not because they’re great photos but because the birds are beautiful and I remember what it felt like to meet them: wild, pure, real. Here are a few who have helped me recently. pic.twitter.com/9Mvem5yC32

Within a few days, we had become a delightfully ecumenical gaggle. A rabbi joined in, Anglicans and Catholics and Presbyterians (like me!), sharing stories of birds brought to our yards and a slowly deepening awareness of God's presence.

It's unexpectedly shocking, but when you begin looking for birds, they are everywhere. Participants who said at first there were no birds in their area soon discovered cardinals, mallards, wrentits and starlings. One Lenten birder snapped a photo of her barn cat attacking a chickadee. (To everyone's relief, no birds were harmed.)

I also witnessed the Lord’s miraculous deliverance of that chestnut-backed chickadee when my very naughty barn cat went after it. God even looks out for the little chickadee! But it also might be a good time to upgrade the cat deterrents around my feeders again... 🤦🏻‍♀️ pic.twitter.com/0DPIivEmB0

Some days, my 10 minutes stretched on forever. Other days they went by in a blink. Yet over time, I began to learn anew how to pray. With my eyes lifted, breath deep and ears open, I could hear the feathered thrum of a hummingbird as it sailed over the fence, watch the crows squabble with one another over who could claim the peak of the roof, and begin to sense the presence of the spirit of God within and around me.

When I am running at top speed, my backyard looks exactly the same, but as I retreated to it repeatedly day by day, I began to see the incremental shifts of hour and season. The pink blossoms on the nectarine tree budded and then burst open. The crows began dragging sticks out of the neighbor's tree, preparing to build a nest. The angle of the sun slanted upward. The earth warmed.

This morning in #ABirdFromTheLord, a big ol’ crow, my mockingbird friend (in the same spot as yesterday!), and an Allen’s hummingbird.

The mockingbird mimicked the calls of half a dozen other birds, and I began to grieve that our yard doesn’t have trees.

"So don't be afraid," he says, "you are worth more than many sparrows."

Today when I leave my church office or pick up my children from school or roll the trash cans out to the curb, I pause. The birds have always been singing. I've just only now begun to listen.

Want to join us in watching for #aBirdFromTheLord? The goal is simply to take 10 minutes a day to tune in to the natural world, waiting with attention and expectation. In general, birds tend to be at their most active early in the morning and around dusk. For identification purposes, the free Merlin Bird ID app is your friend. Binoculars help, too.

You'll probably see and hear many birds, but even if you don't, the stillness itself is its own type of gift. 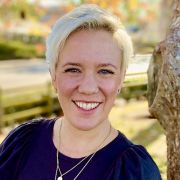 Courtney Ellis is a Presbyterian pastor, speaker and author of Happy Now: Let Playfulness Lift Your Load and Renew Your Spirit. She lives with her husband and three children in Southern California. Find her on Twitter, Instagram or at CourtneyBEllis.com.

Perspective | A pastor finds joy through the Lenten practice of birdwatching