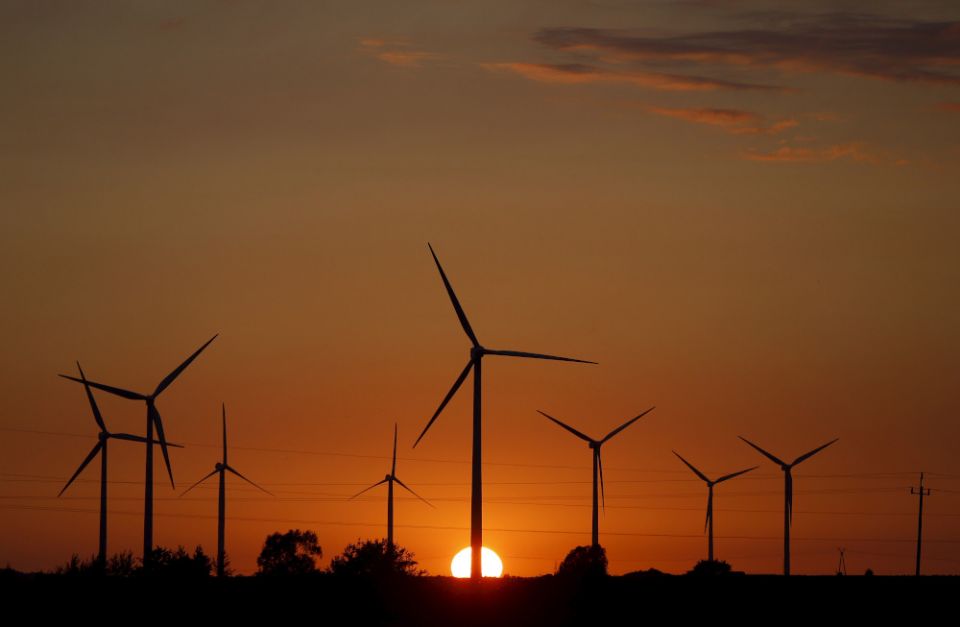 A sunset is seen through a wind farm in 2015 near Puck, Poland. Poland's Catholic bishops have urged nationwide prayers for rain, amid warnings huge areas of farmland could be ruined by drought during the COVID-19 pandemic. (CNS/Reuters/Kacper Pempel)

Warsaw, Poland — Poland's Catholic bishops have urged nationwide prayers for rain, amid warnings huge areas of farmland could be ruined by drought during the COVID-19 pandemic.

"Our homeland has struggled with the coronavirus epidemic, as the state makes efforts to maintain the economy, sustain jobs and rescue those wrestling with financial problems," Archbishop Stanislaw Gadecki, president of the bishops' conference, said in an April 21 appeal.

"Yet these are not our only difficulties, since the country is affected today by another severity — namely a drought which threatens to destroy hundreds of thousands of hectares of arable land."

The appeal was issued as the Polish government eased coronavirus restrictions, while also unveiling plans to boost and safeguard water supplies.

"This will hit hundreds of thousands of farmers, fruit-growers, gardeners and their families who make a living from the earth," the bishops' conference president said.

"So I appeal to all faithful and people of goodwill to beg for rain with lasting, ardent prayers — in sanctuaries, parishes, religious houses and families."

Poland's government confirmed April 20 its anti-drought legislation would include expanded reservoirs and irrigation projects, after the warmest winter in half a century was followed by the lowest March rainfall in 30 years.

However, the State Forestry Commission warned of fire hazards after a six-week ban on visiting parks and forests was lifted April 20 as part of an easing of COVID-19 lockdown restrictions, which also saw Catholic churches reopen nationwide to limited congregations.

In his appeal, Gadecki praised medical and security services and the sense of "responsibility and solidarity" shown by Poles during the pandemic, adding that Catholic clergy and laypeople who had joined the fight through "faithful prayer, persistent work and material help" also deserved "highest respect and recognition."

Meanwhile, Poland's primate, Archbishop Wojciech Polak, called on Catholics April 22 to pray to the national patron, St. Adalbert, "for an end to the epidemic and rain in our thirsty and parched land."

In a pastoral message for World Water Day March 22, bishops from Poland's coal-mining Silesia region, which includes some of Europe's most polluted districts, warned access to drinking water was already restricted. They said the Catholic Church should promote safeguarding water as a "moral cause."

"Poland possesses the lowest stocks of natural water of all European countries," said Archbishop Wiktor Skworc of Katowice and the other bishops.

"We can't just keep paving over our land, since water must return if it's to continue to be of service to us. Many such practices are morally reprehensible and should be branded ecological sins."

In a March report, the European Environmental Agency warned decreased rainfall would deplete farmland by more than 80% in parts of southern Europe in coming decades, but said water shortages would also affect crop yields and productivity in Scandinavia and Central Europe.