Fr. Dermot Lane says bishops must provide environmental leadership — in both Ireland and the US 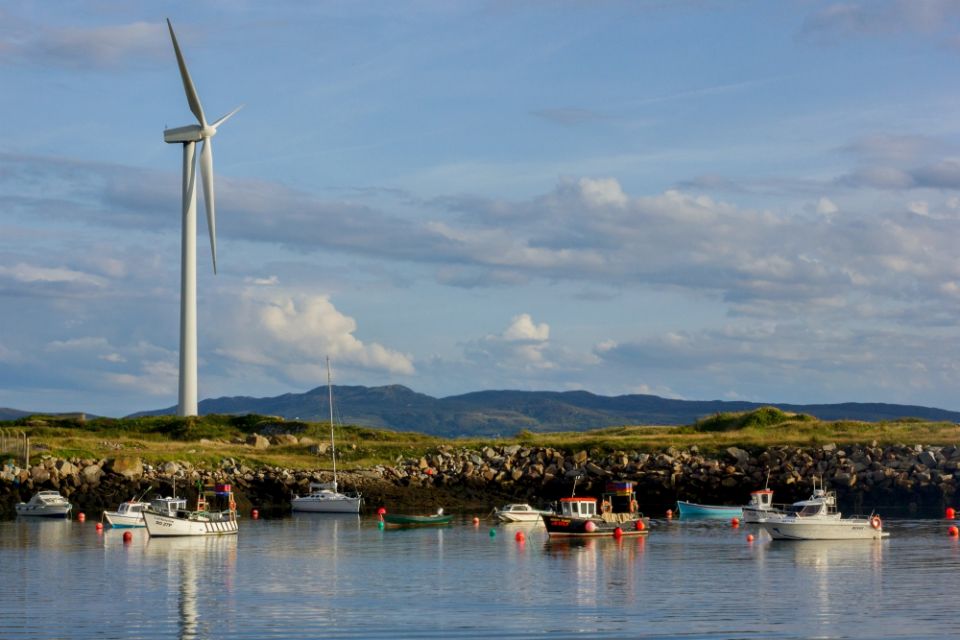 Dublin — Irish theologian Fr. Dermot Lane, author of a new book on integral ecology, welcomes the environmental policies outlined by the newly formed Irish government. But he questions whether the coalition will be able to deliver on its "ambitious targets."

Lane is the retired president of Mater Dei Institute of Education at Dublin City University. His new book, Theology and Ecology in Dialogue: The Wisdom of Laudato Si', is set to be published in the fall by Paulist Press in New York.

The new government's so-called Program for Government, "Our Shared Future," shows the Green Party's influence on its two bigger coalition partners, Fianna Fáil and Fine Gael. These include:

The new government's three parties managed to conclude a deal and form a government four months after the Feb. 8 general election. 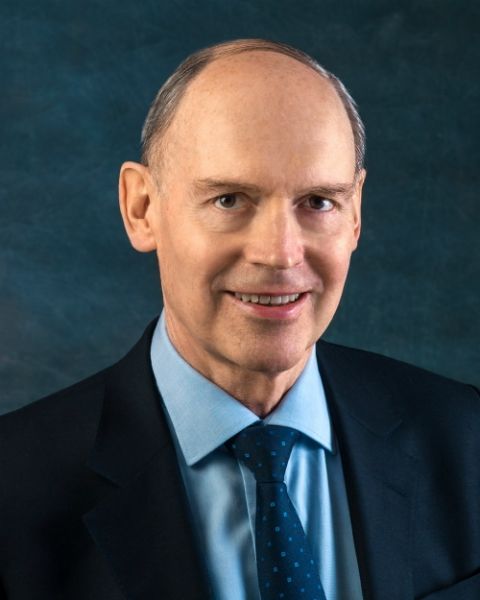 Speaking to EarthBeat in a telephone interview, Lane said successive Irish governments had "kicked the can down the road for far too long" on issues like carbon emissions, fracked gas, clean technology and transport. But he is concerned that the government's environmental promises will either not be fully implemented or may fall by the wayside at budget time.

"I was encouraged by what the Green Party achieved, but the big question is how will they deliver on this economically," Lane said, noting that the proposed environmental reforms will place "extraordinary demands" on the budget as the country grapples with the financial fallout of the COVID-19 pandemic.

He said he welcomed the proposal for a Citizens' Assembly on Biodiversity in the program for government. But he is well-aware that the farming community may feel threatened by this. Ireland's agri-food sector is one of the most important indigenous manufacturing sectors, accounting for 8.5% of national employment and 9.8% of exports, mainly beef and dairy products.

The farming community has, Lane believes, "a very important role to play. There are big scientific questions about how to change agricultural practices to reduce methane gases. It can be done by changing the feed and the quality of the grass."

In a country where farming is still a major player in the economy and farmers still make a major contribution to the social fabric, Lane emphasized that they must not be "made the scapegoat."

The real challenge for the government, he suggested, is "not to create conflict with the farming community but to support them in changing their way of farming and in particular the intensity of their farming." 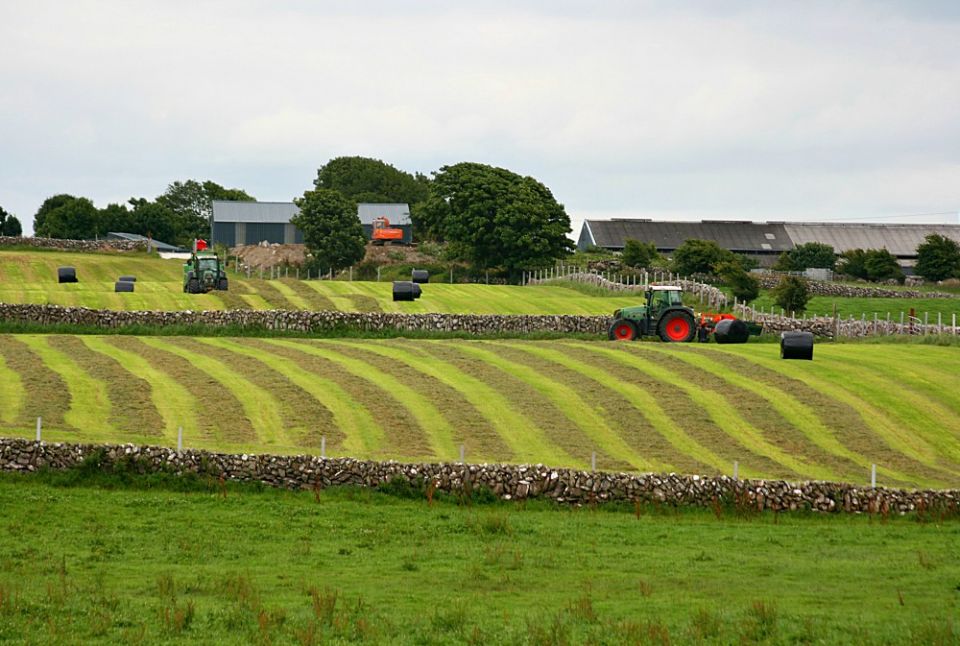 With the country still on something of a green wave, Lane said he believes the Irish bishops should "seize the moment" to promote Pope Francis' encyclical "Laudato Si', on Care for Our Common Home" and its teachings on care for the Earth. "We have now a growing awareness of the importance of climate change in Ireland with the formation of a new government with a strong Green presence. We would be pushing an open door!"

He also sees a role for the bishops in making sure that the commitments and the responsibilities entered into by the government are honored and kept. He said discourse around climate change must be followed by action: "The encyclical is so strong on the importance of ecological conversion. It requires a shift in everybody's lifestyle."

But he said the bishops in Ireland have failed to provide sufficient leadership on the climate crisis.

"They have begun to incorporate Laudato Si' into catechetical textbooks, so that is a step in the right direction," he said, noting that they've also established a Laudato Si' Working Group and have promoted the Season of Creation.

"But are they doing enough? My personal view is that they are not. In particular, they haven't adequately recognized that this year is the fifth anniversary of Laudato Si' and Pope Francis has said this is to be an anniversary year in which we are to reflect and act on Laudato Si'. That is an enormous challenge. It is interesting when that is coming from the top and yet very little is being done."

A boardwalk tracks through a variety of habitats in the nature reserve of Fenor Bog in County Waterford, Ireland. (Wikimedia Commons/Brendan Tobin)

Lane acknowledges that the COVID-19 pandemic has made things more difficult for the bishops but believes they need to make the link between the global health crisis and the decline of biodiversity and the neglect of the natural world.

If you have any sense of the meaning of Laudato Si', you begin to see very quickly that COVID-19 is one more expression, and a very sad expression, of the existence of a global climate crisis. You don't have to be a scientist to realize that we are living on a planet that is in peril. Certain boundaries have been crossed that have resulted in coronavirus. The cause behind the pandemic crisis is climate change, more particularly the destruction of the natural habitat of nonhuman species within the Earth's ecosystem.

COVID-19 is a crisis within a bigger crisis — it is a health crisis within the context of the climate crisis. All the reports coming out from the United Nations and from various commentators like David Attenborough are highlighting the damage that we are doing to the universe. We are running out of time. I see the coronavirus as a wake-up call to the climate crisis.

The Irish bishops are not the only bishops with whom Lane expresses disappointment. He believes the Anglophone church has a problem with climate denial and that the bishops in the United States have failed to speak with one voice on the issue.

"The Catholic Church in America is very polarized and there are a lot of very conservative Catholics who don't want to know about it," he said. "The petrochemical industry is massive. There are lots of vested interests who are denying climate change and that has seeped into a mindset of a lot of Catholics and many U.S. bishops."

When Lane launched his book online in Dublin, due to the COVID-19 lockdown, he told the 186 participants in the webinar that he found it "deeply troubling that President Trump had got into power on such a large Catholic vote."

The Irish theologian told EarthBeat that he would like to see the U.S. bishops be more consistent in their view of what constitutes being pro-life. He cites ideas espoused by the late Cardinal Joseph Bernardin about a consistent ethic of life.

When Lane was researching his book during a 2018-19 sabbatical at the Jesuit School of Theology in Berkeley, California, wildfires in the state killed more than 100 people, destroyed some 140,000 acres of trees, and dislocated about 200,000 individuals.

"What happened is indescribable: the loss of life, the destruction of wildlife, and the annihilation of beautiful trees," he said. "You don't have to be a scientist to recognize the fires are still blazing, there is global warming, there is manifest extreme weather conditions. Just look at the amount of money that the U.S. has had to plow in every year because of drought, flooding and fires."

But despite these signals from nature, none of the six parishes he attended as a worshipper while in Berkeley during the 2018 Season of Creation made any mention of it, Lane said.

Asked what parishes should be doing about the climate crisis, the 78-year-old Dublin priest said they "must begin to read the encyclical and form climate coalitions in parishes, so that they can get their teeth into the content of the encyclical and its vision and values."

Two significant documents were released recently by the Vatican on care for our common home. One is dedicated to the celebration of the Laudato Si' anniversary year for 2020-21. The other is a handbook issued June 18 about making Laudato Si' operational in the life of the universal church. Lane believes these as well as Laudato Si' and the church's teachings on care for the earth may help parishes connect with young people who are alienated from the church but who are engaged with the issue of climate change.

Climate activists demonstrate on a street in the city of Galway, Ireland, in an undated file photo. (Dreamstime/Karlo Curis)

He described the central theme of his book as integral ecology.

"If you don't get what integral ecology means, all the rest of what I have said won't fit into place," he said. "Integral ecology is an innocent-sounding concept, but it has radical implications for ethics and theology. It is about an interdisciplinary approach to climate change, recognizing that everything is interrelated and interconnected and interdependent.

"That is the mantra running through my book and running through Laudato Si'. If you get that, you begin to realize that the COVID crisis is one more very sad, very traumatic expression of climate change; then you begin to sit up and realize — this is a challenge for all of us."

Another mantra of the encyclical and his book is the recognition that it is the poor who have contributed the least to climate change and who are suffering the most.

"We must hear the cry of the poor and the cry of the Earth," Lane said "Pope Francis is very clear, these are not two crises; they are one and the same crisis manifesting themselves in different ways. Care for our common home is not an option, it is not an add-on, it is not something secondary — it is at the heart of Christian experience and if our faith is not informed by that, then it is a defective faith."