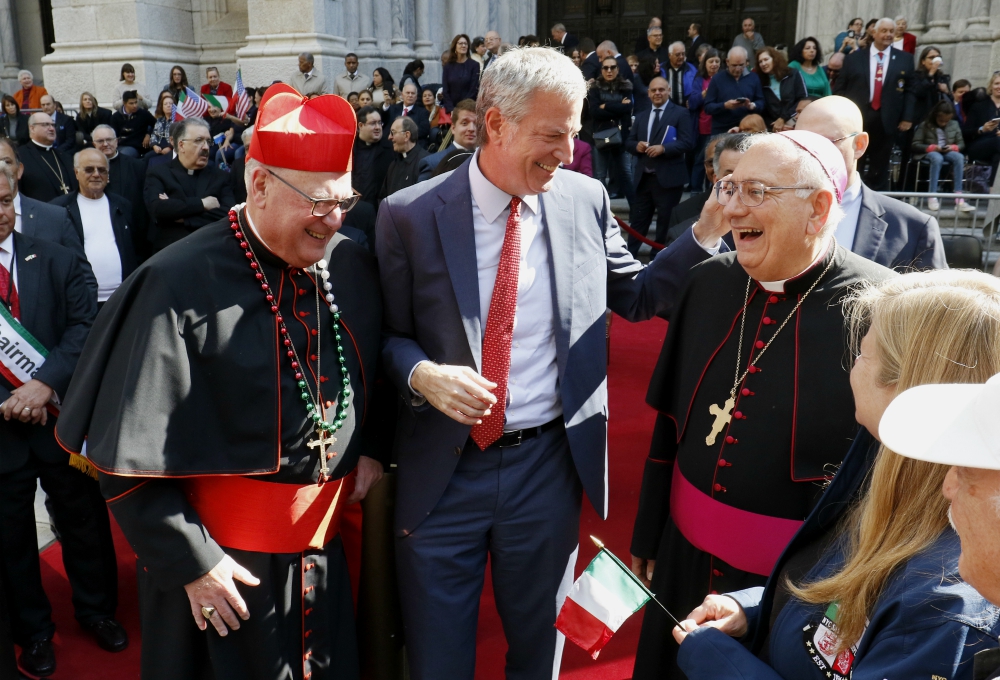 We have long held unabashed admiration for Pope Francis. But events keep raising issues about the shortcomings of Vos Estis Lux Mundi, his signature intervention to address the church's sex abuse crisis.

Latest case in point: According to press reports and statements from the dioceses involved, New York Cardinal Timothy Dolan, under Vos Estis provisions, is investigating Brooklyn Bishop Nicholas DiMarzio, his neighbor across the East River.

DiMarzio has been publicly accused of sexual abuse of a minor dating back 45 years to a parish in Jersey City, when he was a priest in the Archdiocese of Newark, New Jersey. DiMarzio has adamantly denied the charge. He has won a reputation as a no-nonsense responder to sex abuse issues both in Brooklyn and in the Diocese of Camden, New Jersey, where he previously served. DiMarzio should earn the presumption of innocence. And it's proper to keep in mind that while a lawsuit has been threatened, as of this writing it has not been filed.

Yet for ecclesial purposes, for the confidence of the people of God in New York and beyond, the serious charges cry out for an investigation. Our problem is with making Dolan responsible for leading an inquiry.

Pope Francis issued Vos Estis in May 2019 to deal with the scourge of the sex abuse crisis. It rose out of last February's summit on the topic held at the Vatican.

Vos Estis established procedures for reporting on allegations, involving abuse against minors or vulnerable people by clerics, bishops or members of religious orders. It also held church leaders responsible for cover-ups of sex abuse. Among its mechanisms is a provision that calls for senior bishops to investigate fellow bishops who have been accused.

Not only do DiMarzio and Dolan share the same ecclesial province, they are the only ordinaries in this country to share the same city. By the nature of their two roles, they have had to cooperate and make common cause over dealing with a complicated metropolis, from the trivial — such as Catholic holidays to be used for alternate side street parking waivers — to the serious, such as addressing issues around charter schools in former parochial school buildings, joint responses on issues such as city regulations on Catholic foster care, or making common ground on issues such as affordable housing and anti-Semitism. In the media capital of the world, it is an imperative that the church be seen as speaking with one voice.

With that in mind, the two leaders have forged a collaborative working relationship. That kind of relationship, as anyone in a working setting knows, can run the gamut from admiration to loathing. Once again, issues with bishops investigating fellow bishops naturally emerge in this setting.

We have reached this point in a massive conundrum, where church leaders are duty-bound to investigate sex abuse cases, even as it has been bishops who failed so miserably in the past. That makes it even more imperative to get these investigations done in an atmosphere that rises above suspicion.

Perhaps the format should be modified so that the investigating bishop is from a different province, a different part of the country, where objectivity can be better guaranteed? Appearances matter, no more so than in these cases. Any implication that this serious charge can be investigated in a clubby clerical atmosphere only mitigates against the public confidence in any conclusion.

A version of this story appeared in the Feb 7-20, 2020 print issue under the headline: Dolan investigating DiMarzio points up flaws of 'Vos Estis'.