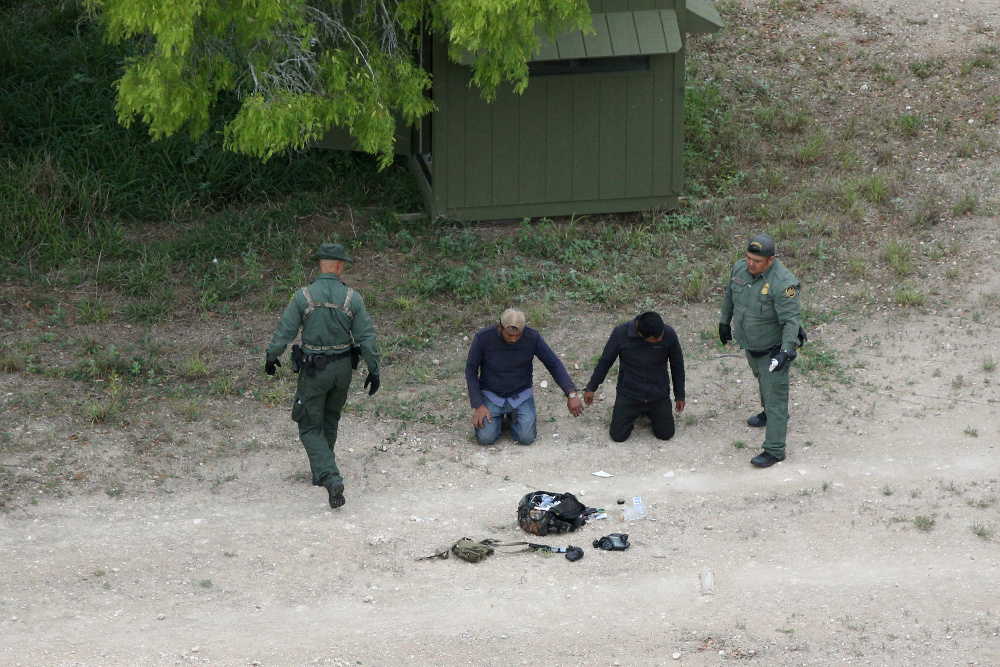 "We're literally deploying troops against moms and children and people fleeing some of the worst violence in the world, and that's just morally perverse," Dylan Corbett, founding director of the Hope Border Institute and one of the letter's signers, told NCR.

The April 4 statement from the Commission on Migration of the Diocese of El Paso was released the same day Trump released a memo directing the Secretary of Defense to request National Guard troops, and was signed by El Paso Bishop Mark Seitz and the commission's co-chairs Corbett and Lily Limón.

The signers also condemned the decision as "a hurtful attack on migrants, our welcoming border culture, and our shared values as Americans" and said that the increased militarization of the border comes with "painful moral and human consequences" at a time when "our border has never been more secure."

A September 2017 report from the Department of Homeland Security's Office of Immigration Statistics had concluded that "the southwest land border is more difficult to illegally cross today than ever before" and that "available data also indicate the lowest number of illegal entries at least since 2000, and likely since the early 1970s."

Trump is not the first president to deploy National Guard troops to the U.S. border, but his predecessors did so when border apprehensions were higher; in 2006, when President George W. Bush sent troops, numbers had reached 126,538 the previous month while when President Barack Obama sent the National Guard to help with a surge of unaccompanied minors in 2010, 55,237 people had been apprehended.

To frame added border security as a response to people who are fleeing "countries that are among the most dangerous countries in the world now outside of an active warzone," Corbett said, "tells you everything" about the administration's purpose.

In theory, increased enforcement on the border would not be detrimental to asylum seekers, who are applying for a legal status based on persecution in their home countries and sometimes intentionally turn themselves in to authorities.

But the administration's rhetoric and what actually happens in practice defy this logic, said Corbett, framing asylum seekers as the enemy and trying to deter them from pursuing and gaining legal status.

"We've weaponized the whole complex against legal immigration, against asylum seekers," Corbett said. His organization has identified an "iron triangle of deterrence," where authorities use border security, detention and the court system against asylum seekers. This strategy is described in detail in the institute's report — Sealing the Border: The Criminalization of Asylum Seekers in the Trump Era.

Instead, the letter's signers say, Americans should address the root causes of migration, especially those that are created by U.S. policies or actions.

"We know that only by working together to address the dehumanizing poverty and insecurity in our sister countries in Latin America and around the world will we resolve the root causes that drive migration," the letter says. "And we know we must end the hopelessness in our communities that fuels our nation’s addiction to drugs, which deals only death and destruction to the people of our continent."

Corbett also described the deployment as an "attack on the Catholic value of solidarity."

"As Americans we're involved in the drivers of migration, we're involved in the insecurity and the poverty that's driving people out," Corbett said. "… To close our eyes to the effects of our consumption of drugs and our trade policies for our brothers and sisters and their human dignity, as people of faith that's absolutely unacceptable."