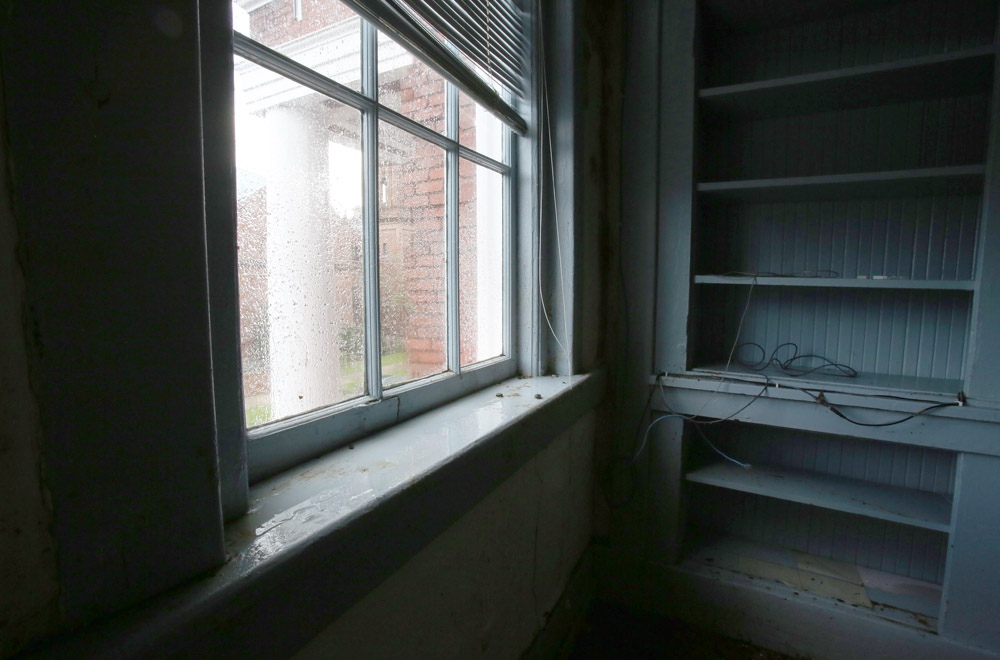 As the liturgical Season of Creation for 2018 draws to a close, the serious need for prayer, study and widespread action in response to the destructive threats of climate change has never before seemed so urgent.

Through all that I have heard through the years about the dangers of climate change and ecological degradation, I have never quite been able to imagine a possible end to human life or destruction of life as we know it on the planet. Until now.

In the aftermath of Hurricane Florence and Typhoon Mangkhut, the aerial views of whole cities flooded brought back images of whole Mayan and Incan cities overgrown now by jungle, human life and developed civilizations completely and mysteriously gone. How many more "once-in-a-century" or "once-in-a-thousand-years" storm or fire disasters (that are now striking practically every year or every few years) will it take before people will no longer have the will or ability to rebuild?

This year, for the first time I can recall, scientists are warning explicitly that climate change is not a future danger we need to try to prevent. Climate change is here now and will continue to worsen. It is the new normal.

As if to underscore that reality, a recent lead-page section of a local Ohio newspaper, The Toledo Blade, included these stories about a week after Florence and Mangkhut:

Climate change is here, now, and is still worsening. Its threats to life as we know it are coming into clearer and more frightening view.

Is Earth trying to teach us in its own way what Jesus tried to teach his apostles when he told them: "I will be handed over to people who will kill me"?

This prediction of his Passion was central in the Gospels of both the third and fourth Sundays of the Season of Creation this year. Jesus promised to rise three days after his death. Still, the Twelve, led by Peter, assumed that as God’s special anointed one, Jesus would be protected and would emerge from conflicts with the Jewish leaders and the Roman occupiers as victor and savior. They couldn’t understand what he was trying to tell them, but they were afraid to ask.

Is the message from Earth to us this year a warning about its suffering and dying? Is it a message we don’t understand and are afraid to really believe possible? Scientists are warning that we are already into the sixth great mass extinction of life on Earth, the biggest since the dinosaurs 66 million years ago, and the first one caused principally by humans. From the evidence of the previous five extinctions etched in our planetary archaeology, Earth’s resurrection could surely take place, but it would most likely take hundreds of thousands, if not millions, of years.

In his encyclical "Laudato Si, on Care for Our Common Home," Pope Francis identified the global economy — structured on competition that drives consumption and requires constant economic growth on a planet with limited resources — as obviously destructive for the planet’s ecology, including the human community. The human community must stop assuming that we live on a planet with limitless resources.

On Aug. 1, less than two months ago, I wrote about Earth Overshoot Day, highlighting the fact that the human community had consumed in just seven months the renewable resources that it will take the planet a full year to replenish. And Earth Overshoot Day is coming earlier every year. It is impossible for this dynamic to continue.

Those economic patterns are also the drivers of growing inequality around the planet that promises increasing social crises and conflict. When the average worker for a major U.S. corporation makes about $28,000 a year while its CEO makes $28,000 every nine seconds, social crisis seems inevitable. While that is an extreme example, the competitive structures of the global economy are driving global inequality, leaving more and more people in desperate need of resources on this limited planet and aggravating what Pope Francis has described as one complex and interrelated global economic, ecological and social crisis.

It is abundantly clear: Climate change is here.

Its devastating threats are more and more apparent. It is being driven by some of the most basic social and economic systems by which we are living on Earth today. And it is perhaps progressing much more quickly than our analytic models have predicted.

Though the 2018 liturgical Season of Creation comes to a close Oct, 4, it is urgent that communities of faith around the planet carry forward the revelation, inspiration, growth in spiritual energies and global collaboration that the season has nurtured in a renewed commitment. It is essential that the human family reverse the dynamics driving climate change, ecological depletion, injustice and violent conflict as people struggle to survive. We must move into our immediate future deepened and transformed.

Ongoing contemplation of the beauty and wonder of creation must continue to feed our appreciation, gratitude, love of and passion to take care of the planet on which we are blessed to live. We take care of what we come to appreciate, are grateful for and love.

Remembering that God did not spare Jesus from the terrible rejection, suffering and death that the religious leaders of his people condemned him to, we need to take with utmost seriousness the threats from the ecological and social crisis we are caught up in. In the words of Jesus, it is “thinking not as God does but as humans do” (Mark 8:33, the Gospel reading for the third Sunday of the Season of Creation 2018) to expect that God would somehow come in to save creation from the natural effects of our destructive activities.

We need to pray for ever-deepening trust that the awesome God behind and throughout the cosmos is accompanying us with love through all that may lie ahead — as God was faithful to Jesus through his suffering and death — holding before us the promise of resurrection.

Then we need to take up with renewed energy the call to be prophets to our time, calling everyone we can touch through word and living example into new ways of living together as one human family within the Earth community, working to evolve together the next emerging stage of the New Creation.