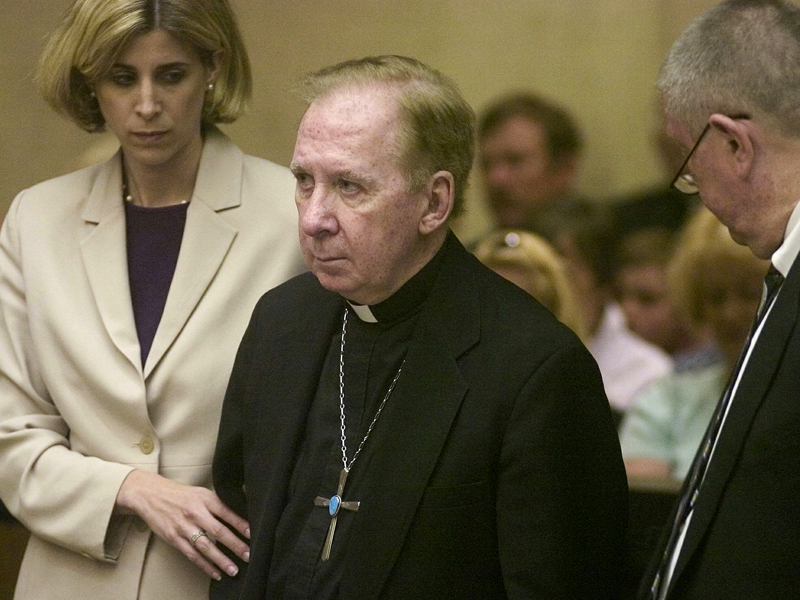 A former bishop who led the Roman Catholic church in metro Phoenix during a worldwide child sexual abuse scandal has been accused of molesting a young boy 35 years ago.

Retired Bishop Thomas O'Brien is accused in a lawsuit of sexually abusing the boy on several occasions at parishes in Phoenix and Goodyear from 1977 to 1982. The Diocese of Phoenix says O'Brien denies the allegation.

O'Brien, now 81, led the diocese in Phoenix as it became embroiled in a global scandal that rocked the Catholic church after allegations surfaced in Boston about pedophile priests going unpunished.

The bishop acknowledged in a 2003 immunity deal that he let church employees accused of sex abuse continue to have contact with children. Weeks after the deal, O'Brien resigned as bishop after he was arrested in the hit-and-run death of a pedestrian.

O'Brien's accuser says the clergyman sexually abused him when he was a child and he had suppressed his memories of it, said Tim Hale, his lawyer.

The accuser, who is now 47 and lives in the Tucson area, started having flashbacks of the abuse in September 2014 when preparing for his son's baptism into the Catholic church, Hale said.

"It has turned his life upside down," Hale said, explaining that his client has suffered profound emotional distress.

Hale said his client's allegation is being investigated by the Phoenix Police Department, which refused to comment.

The diocese issued a statement saying O'Brien denies the accusation and that he was never assigned to the schools and parishes where the abuse is alleged to have occurred.

The statement also said the diocese informed prosecutors about the allegation immediately after learning of it in September 2016.

Amanda Jacinto, a spokeswoman for the Maricopa County Attorney's Office, said the immunity deal will remain in place, meaning the bishop could not be prosecuted for letting church employees suspected of sex abuse be around children.

But Jacinto said the agreement would not prevent prosecutors from bringing a case against O'Brien if there's evidence that he sexually abused a child.

O'Brien, who served as Phoenix's bishop for 21 years, resigned in June 2003 after being accused of striking and killing 43-year-old Jim Reed with his car.

The bishop didn't stop to help Reed or report the accident to police but told investigators that he didn't realize he had hit a person.

He said he thought he had hit a dog or cat or that someone had thrown a rock at his car. Prosecutors said O'Brien tried to have his windshield fixed.

He was sentenced to probation and 1,000 hours of community service after being convicted of leaving the scene of a fatal accident.

John C. Kelly, an attorney representing the Diocese of Phoenix, declined to comment on the lawsuit and the allegations against O'Brien.