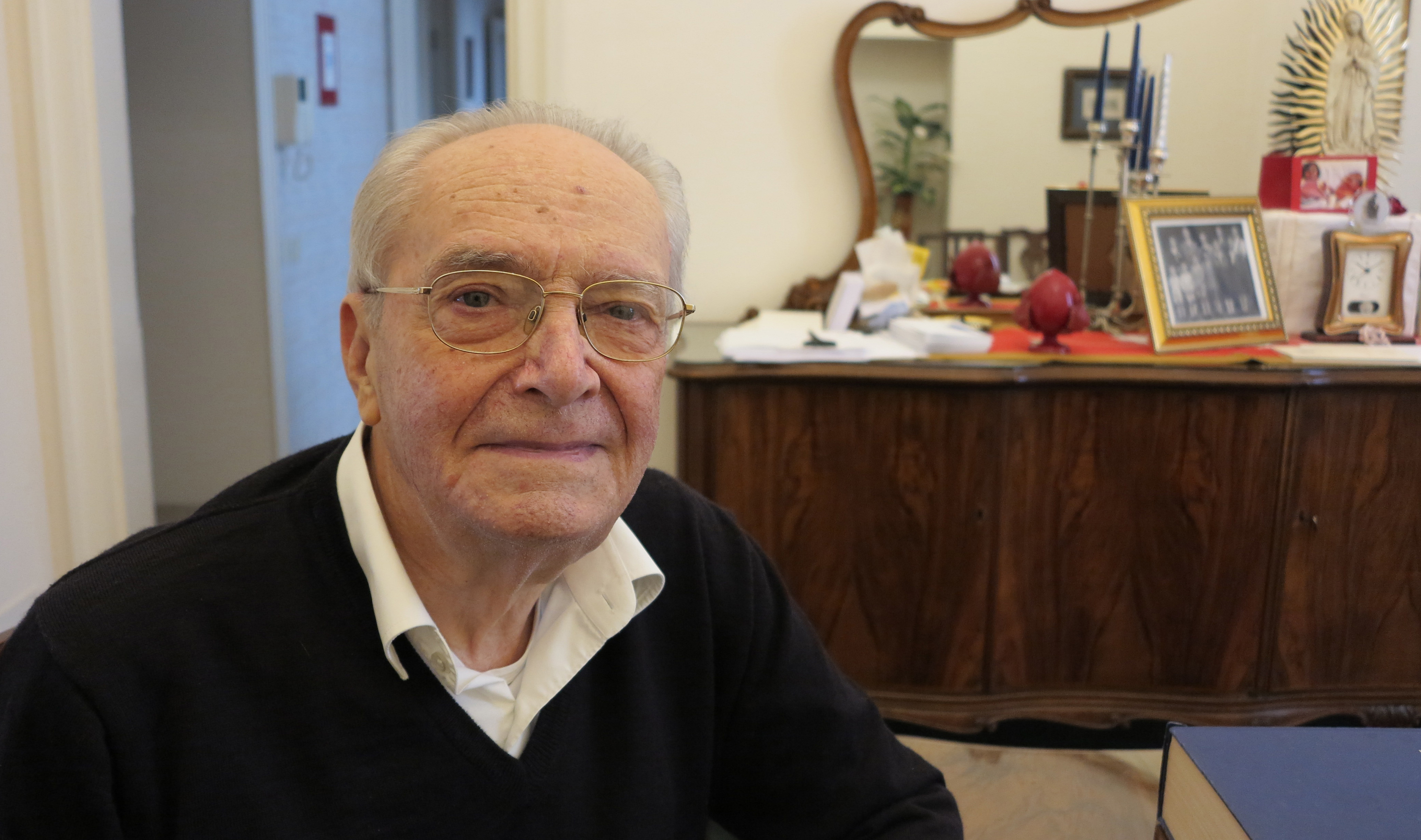 Cardinal Agostino Cacciavillan, apostolic nuncio to the United States from 1990 to 1998, is pictured in his apartment at the Vatican Oct. 29, 2018. Cacciavillan said he received a phone call from a woman in 1994 expressing concern about rumors about Archbishop Theodore McCarrick's behavior with seminarians. He said he asked Cardinal John O'Connor of New York to investigate but did not report the rumors to other Vatican officials. (CNS/Robert Duncan)

A former nuncio to the United States acknowledged hearing rumors about the sexual misconduct of Archbishop Theodore McCarrick already in 1994.

"I remember in 1994, during the preparation of the papal visit to New York, Newark and Baltimore," Cacciavillan said, "I received a telephone call" at the Apostolic Nunciature in Washington, D.C.

According to the 93-year-old retired papal diplomat, the caller feared there would be a "media scandal if the pope goes to Newark," McCarrick's diocese, because of "voices, voices [rumors] about McCarrick's behavior with seminarians."

"It was not a formal complaint, but the expression of a concern," he said.

O'Connor carried out an "investigation, an inquiry," he said, and told the nuncio that "there was no obstacle to the visit of the pope to Newark."

Cacciavillan described O'Connor, who died in 2000, as a "very competent person," and the retired nuncio said he had no reason to doubt the reliability of O'Connor's inquiry.

Asked why he thought the phone call warranted an inquiry, Cacciavillan responded, "I thought it was something important."

Cacciavillan told CNS that while he encountered McCarrick frequently during the eight years he served as nuncio, he never spoke to McCarrick about the rumors nor did he report the rumors to the Vatican.

In fact, he said, the first time he spoke to any Vatican official about the rumors was Oct. 7 during a visit with Canadian Cardinal Marc Ouellet, prefect of the Congregation for Bishops. Earlier that day, the Canadian cardinal had released an open letter responding to allegations by Archbishop Carlo Maria Vigano, another former nuncio, that Pope Francis had known for years about McCarrick's behavior and had done nothing about it until accusations were made about him sexually abusing boys.

Interviewed in his Vatican apartment, Cacciavillan denied reports that he ordered McCarrick to sell his beach house in Sea Girt, New Jersey, the house where he allegedly brought groups of seminarians and would have one share a bed with him. McCarrick sold the house in 1997 while Cacciavillan was still nuncio.

Cacciavillan was not mentioned in the long statement Vigano published in August alleging that complaints about McCarrick were mishandled for years; the statement did, however, mention steps he claimed Cacciavillan's successors -- Archbishops Gabriel Montalvo and Pietro Sambi -- tried to take.

"The case of McCarrick came out especially after he was transferred to Washington" in late 2000 and after St. John Paul named him a cardinal in February 2001, Cacciavillan said.