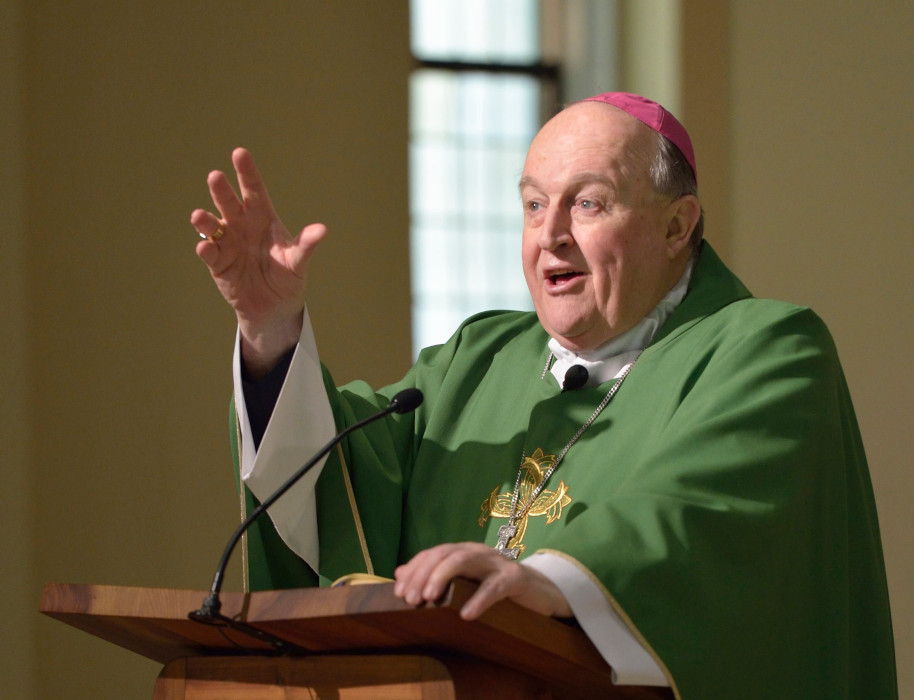 Retired Archbishop Philip Wilson, former president of the Australian Catholic Bishops' Conference who served as archbishop of Adelaide for 17 years, died at age 70 Jan. 17, 2021. He is pictured in a July 20, 2014, photo. (CNS/Paul Jeffrey)

Retired Archbishop Philip Wilson, former president of the Australian Catholic Bishops' Conference who served as archbishop of Adelaide for 17 years, died Jan. 17. He was 70.

The Australian Catholic Bishops' Conference said that while the archbishop had suffered a series of health problems in recent years, including cancer, his death "was unexpected."

Adelaide Archbishop Patrick O'Regan noted that while his predecessor had been charged with failing to respond adequately to allegations of child sexual abuse while a priest, he was acquitted of all charges.

"A harrowing period of allegations, charges, conviction and eventually acquittal was a significant chapter on Philip's life, but his record of supporting and advocating on behalf of victims and survivors is part of his legacy," O'Regan said.

"Philip knew what pain many people had endured and suffered as a result of the sickening actions of some within the church. He was part of the solution, and widely recognized as such."

In July 2018, Wilson resigned as archbishop of Adelaide Archdiocese after being convicted of failing to report allegations of child sexual abuse by a priest in the 1970s. Although he maintained his innocence and appealed the ruling, Wilson said at the time that "there is just too much pain and distress being caused by my maintaining the office of archbishop of Adelaide, especially to the victims of Fr. [James] Fletcher."

In December 2018, an appeals court overturned his conviction.

He served as bishop of Wollongong from 1996 to 2001, and, after his death Wollongong Bishop Brian Mascord asked for prayers "for Philip, the Wilson family and the Archdiocese of Adelaide at this very sad time."

Sydney Archbishop Anthony Fisher recalled Wilson's "paternal" care of the other bishops when he was president of the bishops' conference.

"When I was a young bishop, and especially when I was organizing the World Youth Day, he would call out of the blue to ask how I was coping with all the pressure," he said.

He said that "this year's Plenary Council will in some sense be a memorial to Archbishop Wilson, as it was he who first pressed for one to be held in Australia a century after the last one."

A plenary council is the highest form of gathering of any local church. It has legislative and governance authority, and decisions made at the council — if approved by the Vatican — become binding for the Catholic Church in Australia.