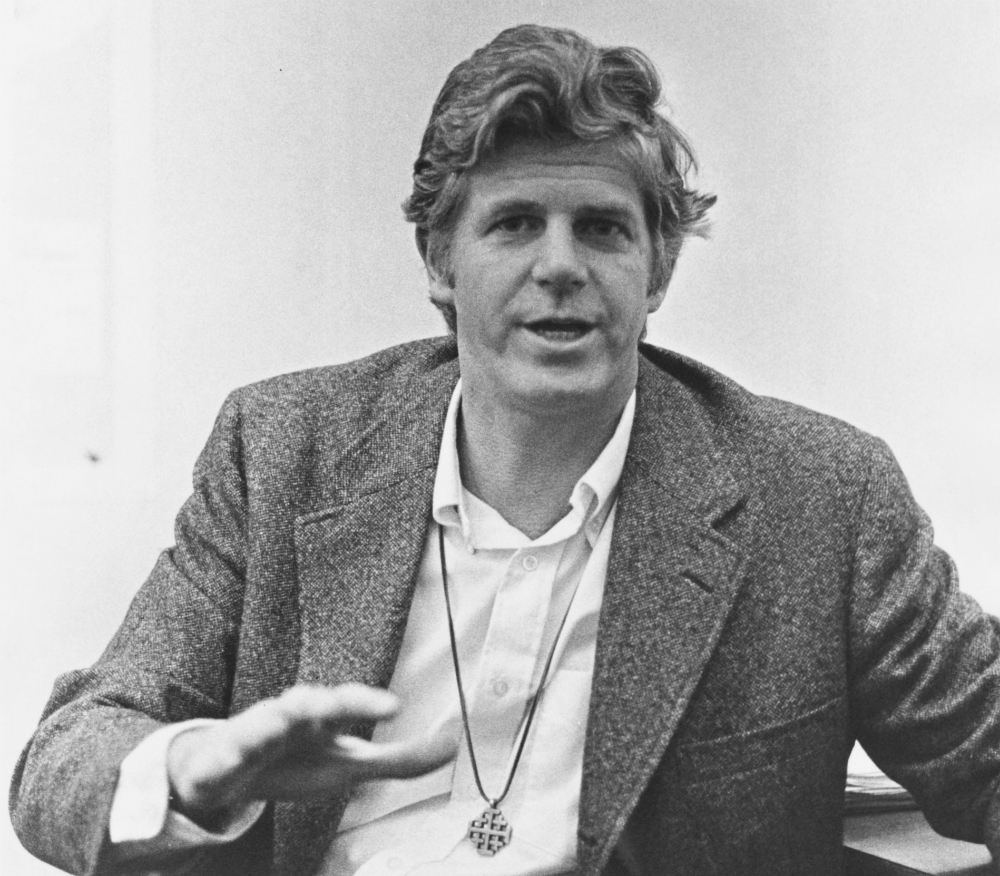 Mary Monnat was planning to go to law school after her graduation from the University of Notre Dame in Indiana in 1980. But she was having second thoughts, so she turned to her teacher and mentor, Holy Cross Fr. Donald McNeill.

The priest helped Monnat decide to delay her admission to law school and instead spend a year with the Holy Cross Associates program, a year of service and living in community. While volunteering at an alcohol treatment center in Portland, Oregon, she acknowledged her own addiction and got into recovery — and discovered her vocation to work in alcohol and drug addiction.

"I credit him with, frankly, changing my life," said Monnat, now CEO of Lifeworks Northwest, a mental health and treatment center in Portland. "He had a way of having you take your faith and put it into action. That's who he was."

Monnat is one of thousands of students who have been inspired by McNeill and the Center for Social Concerns he co-founded 34 years ago. Those students, many of whom have gone on to full-time work in social justice or service like Monnat, have benefited countless other lives.

McNeill died Aug. 24 at the University of Notre Dame. He was 81.

"The extent of [McNeill's] ministry is pretty profound," said Margaret Pfeil, who, inspired by the priest, got involved in the Catholic Worker movement and now teaches theology at her alma mater.

"No one — other than [former Notre Dame president Fr. Theodore] Hesburgh — has had a bigger impact on the modern Notre Dame," said Melinda Henneberger, who graduated in 1980 and studied with McNeill.

"Social justice was Don's life's work," Henneberger said. "He really made that an important part of life at Notre Dame."

McNeill was the founding director of the Center for Social Concerns, which in 1983 combined the university's volunteer programs, headed by Holy Cross Sr. Judith Anne Beattie, and its experiential learning programs, headed by McNeill. Today, the center provides service opportunities around the world, as well as courses that take students into poor communities. Some estimates by the university say 80 percent of students do some sort of volunteer work.

The center's current acting director, Holy Cross Fr. Kevin Sandberg, says at least 12,000 students have been involved in the center over the years.

Sandberg recalls McNeill as a leader in bringing the message of Catholic action to the campus. McNeill stressed "that justice is constitutive of the Gospel," which challenged students who saw the church as focused only on charity or interior spirituality, said Sandberg, who graduated in 1988.

In co-founding the Center for Social Concerns (a deliberate move so its acronym would mirror the Holy Cross order's initials), McNeill wanted to create a culture of not only service, but justice, said Sandberg. "Our slogan now is 'Where understanding becomes responsibility,' which supports our vision to engage in social justice and advance the common good everywhere."

Although McNeill is remembered for co-founding the center, much of his influence was on individual students — especially women.

Pfeil hung out at the Center for Social Concerns, located in the former television station building near the library, and was involved with the Council for the International Lay Apostolate group.

She spent her summers working with the poor in Tijuana, Mexico, and after graduating in 1987, traveled to Chile through the Holy Cross Associates program, where she helped document the stories of those who had been detained and disappeared while the country was under military rule.

Those experiences prompted theological questions, so she pursued graduate studies, eventually back at Notre Dame, where she assisted McNeill with community-based courses. She co-authored, with McNeill, a book of reflections by people who had been shaped by their experiences at the center. Its title, Act Justly, Love Mercifully, and Walk Humbly with Your God, comes from one of McNeill's favorite scriptures in the Book of Micah.

Pfeil recalled McNeill's "profound spirit of gratitude" and his fondness for the people and cultures of Latin America. "He could really draw joy out of people," she said. "Don had a gift for identifying people's passions and forming people to live out those passions."

Henneberger learned from McNeill and Beattie that "God will want you to go to uncomfortable places." In one class, her project involved visiting people in a nursing home; she later did an "Urban Plunge" to Puerto Rico.

"I still draw on that class today. It was one of the best things I ever did," said Henneberger, an opinion writer for the Kansas City Star. (She has also written for NCR.) "It was all about accompanying people on their journey."

Sandberg said he learned how to do theological reflection while listening to McNeill's homilies as an undergraduate. "His was a 'theology of encounter' before Pope Francis popularized it," he said.

Others recalled his magnetic personality. "He really captivated people and won people over," remembers Joseph Mulligan, who graduated a year behind McNeill and later worked in the university's development office, where he encouraged alumni to support the center's programs.

McNeill was born in a wealthy Chicago suburb. His father and namesake was a radio personality, whose "Breakfast Club" show was the longest-running program in network radio history.

As an undergraduate, McNeill played basketball for Notre Dame and was senior class president, graduating in 1958. He was ordained a Holy Cross priest in 1965, after studying theology at the Pontifical Gregorian University in Rome.

When he returned to Notre Dame, McNeill met and worked with Chicago activists Peggy Roach and Msgr. Jack Egan, who served as assistant to Hesburgh and directed the university's Institute for Pastoral and Social Ministry. 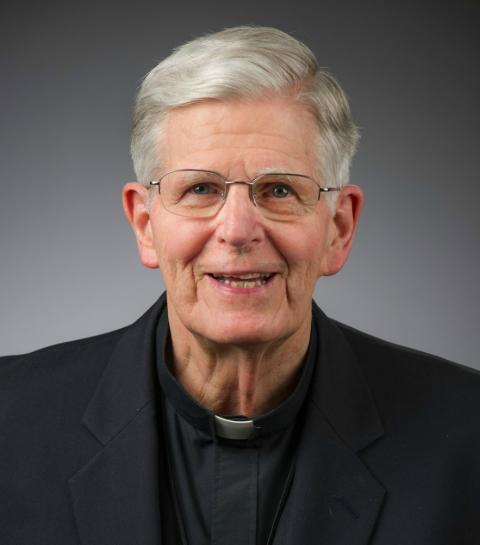 At his funeral Mass, held Aug. 30 at the Basilica of the Sacred Heart on Notre Dame's campus, homilist Holy Cross Fr. Claude Pomerleau said McNeill's reach went far beyond the campus. Among his contributions "was his focus on the need for the church and for our ministries to listen to those with little power and limited formal roles in the Catholic Church, especially women and young people," he said.

McNeill even argued for co-ed dorms at Notre Dame, to which Hesburgh responded, "Over my dead body," Pomerleau said.

At the beginning of this fall semester, Pfeil took her Notre Dame students to a local community garden, where they picked tomatoes and read Thomas Merton while reflecting on their work with the residents who benefit from the garden. She told the students about McNeill, whom they would never meet.

Later that day, she visited McNeill at Holy Cross House and told him about the students. Although he could not speak after suffering a stroke, he smiled when he heard about the class, Pfeil said.

"Nothing would make him happier than knowing that students are entering into relationships with people with whom they would otherwise have very little contact," she said, "and using all their gifts and talents to make the world a more just and loving place."

A version of this story appeared in the Sept 22-Oct 5, 2017 print issue under the headline: Don McNeill inspired students to care about social justice.