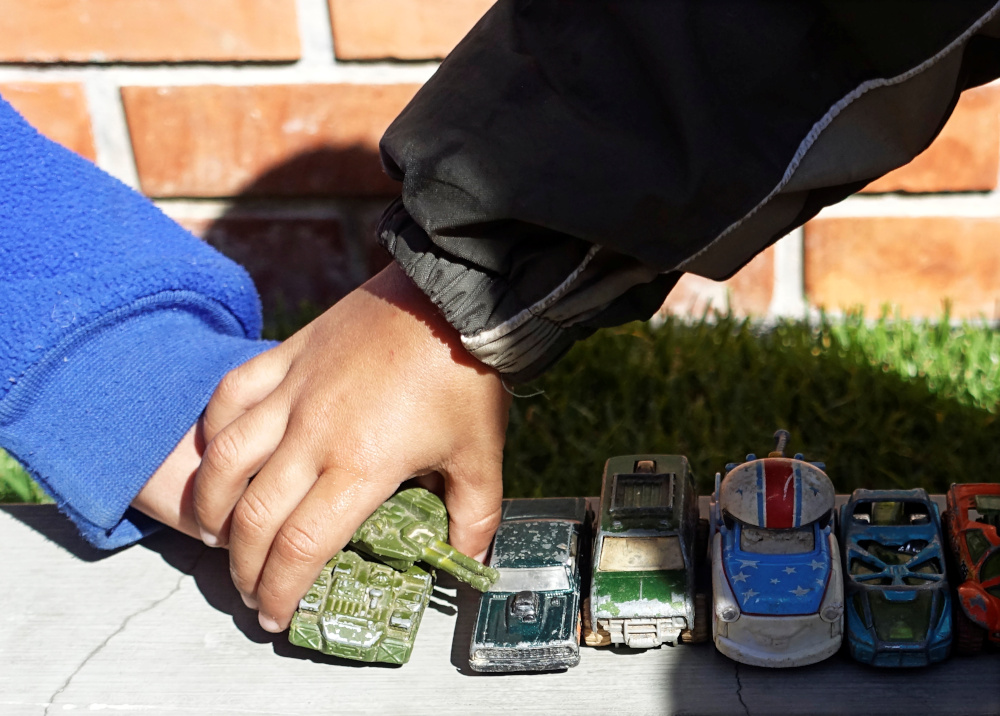 Venezuelan children in La Paz, Bolivia, play with toys next to the Chilean consulate July 1, 2019, while their parents wait for migration documents. Praying that Catholics would understand and act on "the inseparable bond" between love of God and love of neighbor, Pope Francis again appealed for a solution to the crisis in Venezuela after reciting the Angelus prayer in St. Peter's Square at the Vatican July 14. (CNS/Reuters/David Mercado)

Praying that Catholics would understand and act on "the inseparable bond" between love of God and love of neighbor, Pope Francis again appealed for a solution to the crisis in Venezuela.

"We pray that the Lord will inspire and enlighten the parties in conflict so that as soon as possible they arrive at an agreement that puts an end to the suffering of the people for the good of the country and the entire region," the pope said July 14 after reciting the Angelus prayer.

In early June, the U.N. Refugee Agency reported that the number of Venezuelans who had fled the violence, extreme poverty and lack of medicines in their country had reached 4 million since 2015.

In his main Angelus talk, commenting on the Sunday Gospel reading of the story of the good Samaritan, Francis said it teaches that "compassion is the benchmark" of Christianity.

Jesus' story about the Samaritan stopping to help a man who had been robbed and beaten after a priest and Levite just walked by, "makes us understand that we, without our criteria, are not the ones who decide who is our neighbor and who isn't," the pope said.

Rather, he said, it is the person in need who identifies the neighbor, finding it in the person who has compassion and stops to help.

"Being able to have compassion; this is the key," the pope said. "If you stand before a person in need and don't feel compassion, if your heart is not moved, that means something is wrong. Be attentive."

Jesus' command to be like the good Samaritan, he said, "indicates that mercy toward a human being in need is the true face of love. And that is how you become true disciples of Jesus and show others the Father's face."