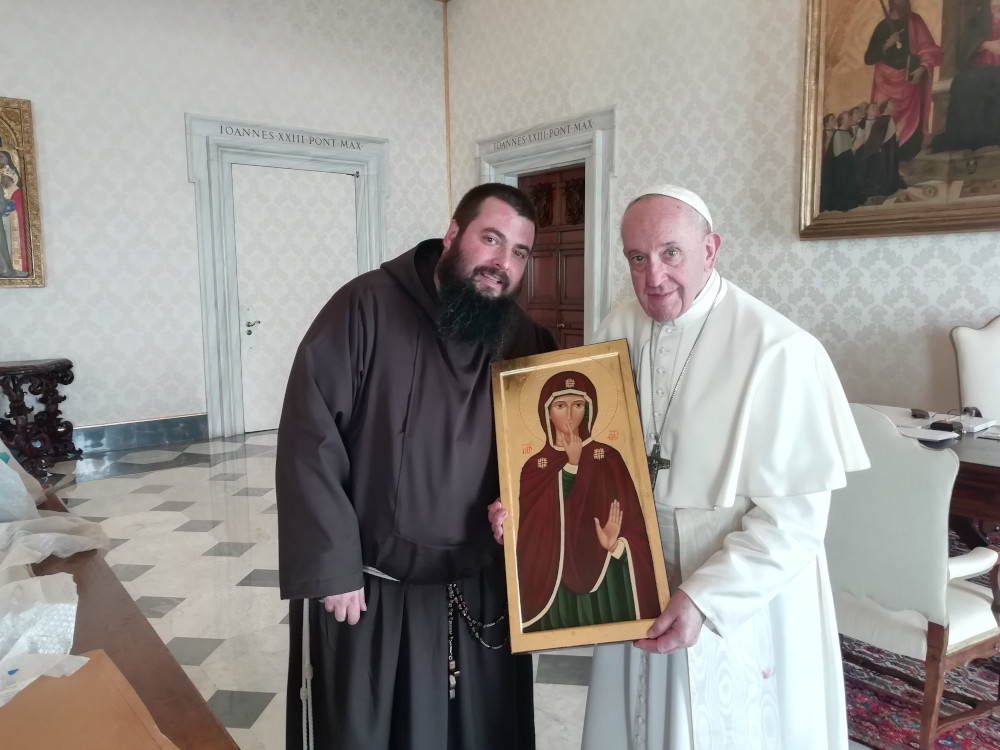 Silence, like words, can be a love language, Pope Francis wrote in a very short introduction to a new book in Italian.

"Silence is one of God's languages and it also is a language of love," the pope wrote in the book, "Don't Speak Ill of Others," by Capuchin Fr. Emiliano Antenucci.

The Italian priest, encouraged by Pope Francis, promotes devotion to Mary under the title "Our Lady of Silence."

In the new book, Pope Francis quoted St. Augustine: "If you keep silent, keep silent by love; if you speak, speak by love."

Not speaking ill of others is not "just a moral act," he said. "When we speak ill of others, we sully the image of God that is in each person."

"The correct use of words is important," Pope Francis wrote. "Words can be kisses, caresses, medicine, but they also can be knives, swords or bullets."

Words, he said, can be used to bless or to curse, "they can be closed walls or open windows."

Repeating what he has said on many occasions, Pope Francis said compared people who throw "the bombs" of gossip and slander to "terrorists" sowing destruction.

"One begins with silence and arrives at charity toward others," he said.

The pope's brief introduction ended with a prayer: "May Our Lady of Silence teach us the correct use of our tongues and give us the strength to bless everyone, peace of heart and joy in living."