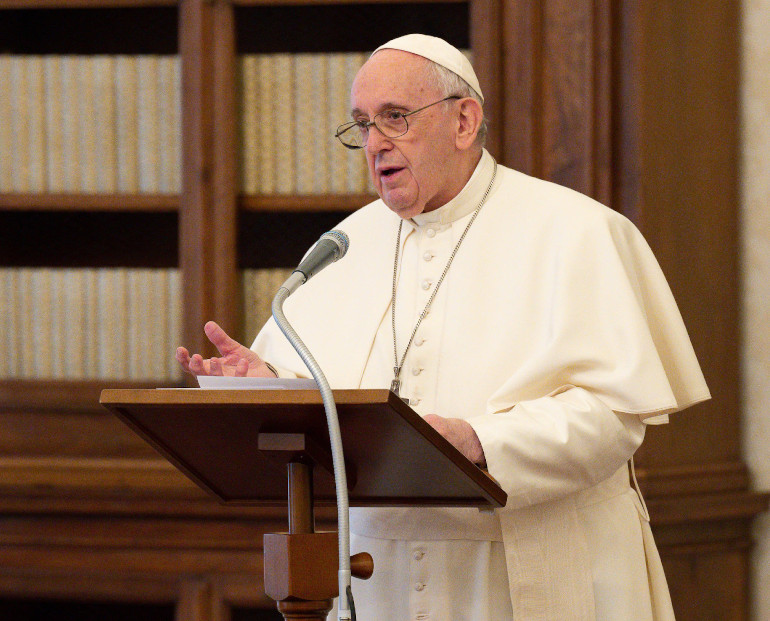 Pope Francis leads the Angelus from the Apostolic Palace at the Vatican Jan. 24, 2021. (CNS photo/Vatican Media)

Pope Francis on Jan. 30 urged those charged with passing on the principles of the Catholic faith to consider the teachings of the Second Vatican Council as sacrosanct, saying that to be Catholic one must adhere to the reforms brought about by the landmark event. 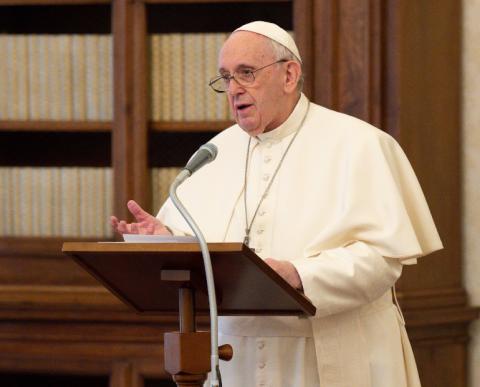 Pope Francis leads the Angelus from the Apostolic Palace at the Vatican Jan. 24, 2021. (CNS photo/Vatican Media)

"The council is the magisterium of the church," said the pope. "On this point we must be demanding, severe. The council cannot be negotiated."

"Please, no concession to those who seek to present a catechesis that does not accord with the magisterium of the church," he told the catechists.

The Second Vatican Council, called by Pope John XXIII and held in Rome from 1962 to 1965, brought about a number of reforms for the global Catholic Church, including the use of vernacular languages during liturgies and the redefinition of the church as the "People of God."

The council's effect has been hotly debated by Catholics in the decades since the event, with some movements now even choosing to go back to a Latin-language celebration of the Mass.

Francis told the catechists that the church is living through a problem of "selectivity" with regard to the council's teachings, and said it was a similar problem to one experienced after earlier church councils.

The pope mentioned a group of Catholic bishops who decided to create their own church because of disagreements after the First Vatican Council, held in Rome from 1869 to 1870, in an apparent reference to what is now known as the Old Catholic Church.

"I think often about a group of bishops who, after Vatican I, left … to continue the 'true doctrine' that wasn't that of Vatican I," said the pontiff.

"Today, they ordain women," the pope continued, adding: "The severest attitude, to guard the faith without the magisterium of the church, brings you to ruin."

A version of this story appeared in the Feb 19-March 4, 2021 print issue under the headline: Pope Francis: No concession' to those who deny Vatican II teachings.