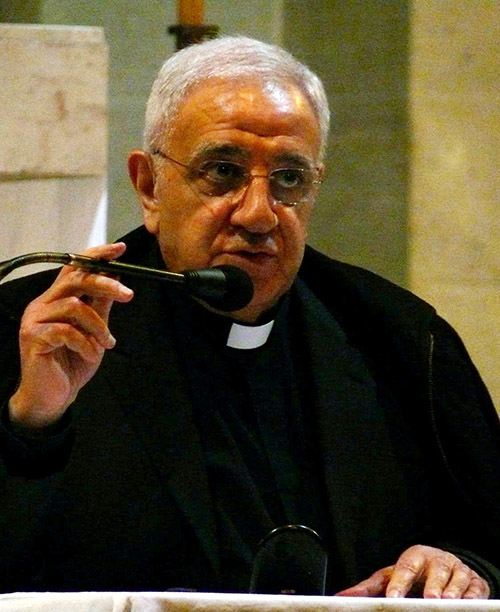 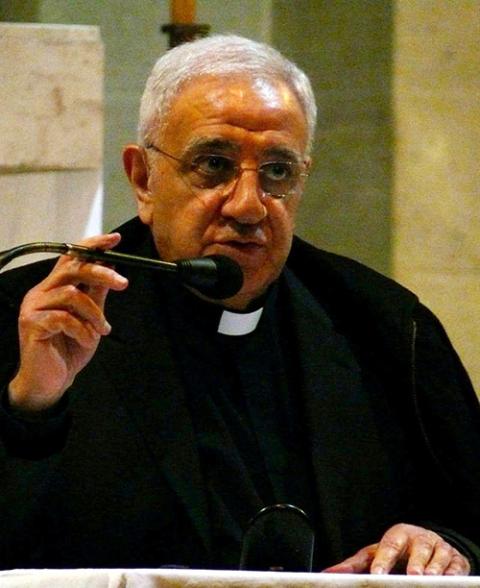 A prominent French priest and psychotherapist who was once an influential Vatican adviser on matters regarding human sexuality is going to face trial in a church court over accusations of inappropriate sexual relationships with male clients, the Paris Archdiocese has confirmed.

The charges against Msgr. Tony Anatrella have not been announced. Neither has a date for the beginning of the proceedings been given. Catholic Church canonical proceedings are often held with strict secrecy requirements.

Rumors of sexual abuse by Anatrella have been circulating for nearly two decades. French dioceses often sent seminarians suspected of being gay to the therapist, who claimed to know how to help young men suppress their homosexuality.

Anatrella, now 80, was banned from ministering as a priest by Paris Archbishop Michel Aupetit in 2018. The canonical "reprimand" has prevented him from celebrating Mass, hearing confession, or practicing therapy. Anatrella also had to renounce speaking publicly without the bishop's agreement.

Anatrella has vigorously denied the claims against him.

This upcoming process could eventually lead to Anatrella being laicized, which would be a shocking downfall for someone who once moved at the highest echelons of the French church. Anatrella even assisted the French bishops' conference in drafting its first guidelines against sexual abuse in 2000.

In 2005, he reportedly helped craft Vatican guidelines aimed at keeping gay men out of the priesthood.

The first accusations against Anatrella appear to have been made in the early 2000s. Daniel Lamarca, a former seminarian sent to Anatrella for therapy in the 1980s, claimed in 2006 that the priest had subjected him to sexual abuse.

Three complaints were made against in Anatrella in French courts in 2008. Two were dismissed because the respective statutes of limitations had expired. Another was dismissed for lack of evidence.

Several victims later turned to the church. Most of them still do not want to be named. Lamarca is one exception. Lamarca told the Nederlands Dagblad in 2006 that Anatrella told Lamarca he could "cure" his homosexuality by having sex with the priest.

New accusations against Anatrella were brought to light in 2016. Cardinal André Vingt-Trois, then the archbishop of Paris, first opened a canonical investigation, which led to the reprimand by Aupetit, Vingt-Trois' successor.

In 2019, a report to the Paris prosecutor's office concerning acts of sexual assault on a 14-year-old minor was made.

Now a grandfather, the plaintiff told the Catholic daily La Croix in May 2019 that he had a difficult time as a teenager and his mother sent him to Anatrella, then the chaplain of his public high school in Paris. The priest told him to undress and forced sex on him, the plaintiff said.

The plaintiff said he had finally come forward to report his abuse to the Paris Archdiocese in February 2019, and said he was told that "his testimony was taken into account, civilian authorities were informed, and his testimony was sent to Rome."

French Dominican Fr. Philippe Lefebvre, a theologian, has warned about Anatrella for the past 14 years, describing him as an ideologue more than a therapist or theologian.

"In 2006, I wrote an article disputing some of Anatrella's theological arguments," Lefebvre told the French weekly Le Point in July 2018. "Some people who read my article wrote to me to tell me they had been submitted to 'corporal' treatments by Tony Anatrella."

Lefebvre said he met with some of the people who made the reports and thought "their word could not be doubted."

"I told seven French bishops and the president of the Conference of French Bishops," Lefebvre said. "I did not get any reply. Nothing happened. What happened is that, when my name came up in the press, I was told to be careful and not to criticize Tony Anatrella because he was somebody important in the Vatican."

Lefebvre, who has been teaching on the theology faculty of Switzerland's Miséricorde University since 2005, claimed there was an "organized omerta" to protect Anatrella.

Anatrella has written a dozen books, mostly about sex and homosexuality.

A version of this story appeared in the July 23-Aug 5, 2021 print issue under the headline: French priest, former Vatican adviser, facing trial on abuse claims.