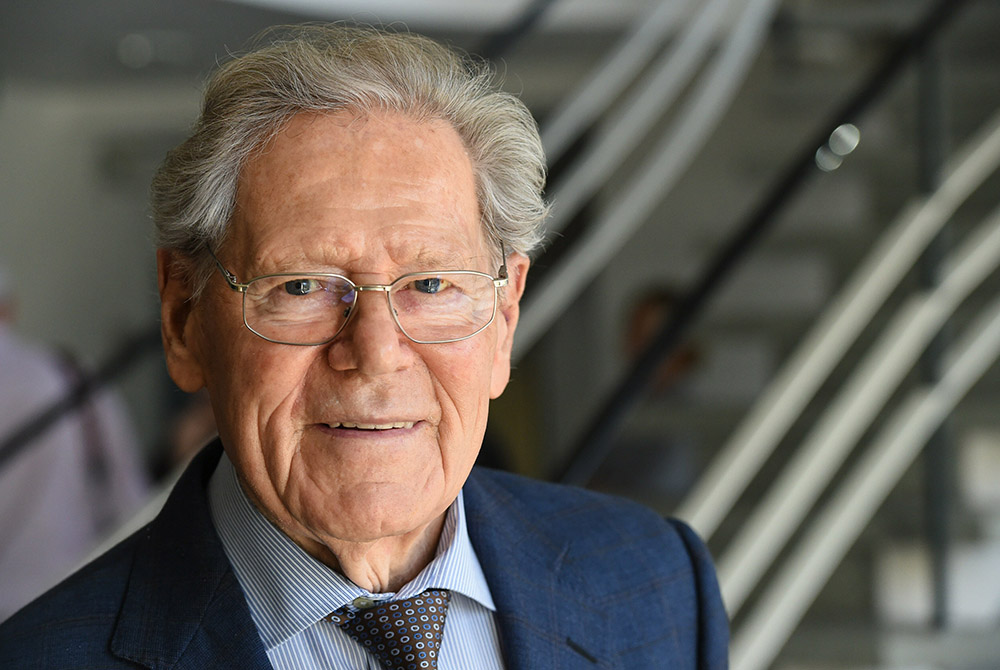 Catholic theologian Hans Küng was buried April 16 in the southwestern German city of Tübingen following funeral services. Küng, a native of Switzerland, died on April 6 at the age of 93.

The world-renowned theologian planned the final ceremonies himself, with the saying of prayers that he formulated and the performance of cantatas by Johann Sebastian Bach and compositions by Felix Mendelssohn Bartholdy. Due to ongoing pandemic restrictions in Germany, only a limited number of people were present. The local television broadcaster SWR carried the ceremonies live.

In the funeral sermon, Fr. Wolfgang Gramer said Küng had fought for the freedom of God's children, including in his efforts to challenge what he viewed as the wrongly understood dogma of papal infallibility. The Vatican and the German bishops had withdrawn Küng's teaching license in 1979 partly because of the theologian's critique of the dogma.

Gramer said that Pope Francis had sent greetings and brotherly blessings "in Christian communion" to Küng. Winfried Kretschmann, premier of the German state of Baden-Wuerttemberg, where Tübingen is located, praised Küng as a "great spiritual teacher" who had been a pastoral minister "in the central issues of the meaning of life."

Kretschmann said he himself had been helped by Küng to cope with a deep crisis of faith. He said the entire country felt Küng's death. "We will not forget him," Kretschmann said.

Steinmeier said that Catholics and Protestants alike should thank the "committed champions for ecumenism," such as Küng. "We should be grateful to him and all those similarly engaged," said the German president.