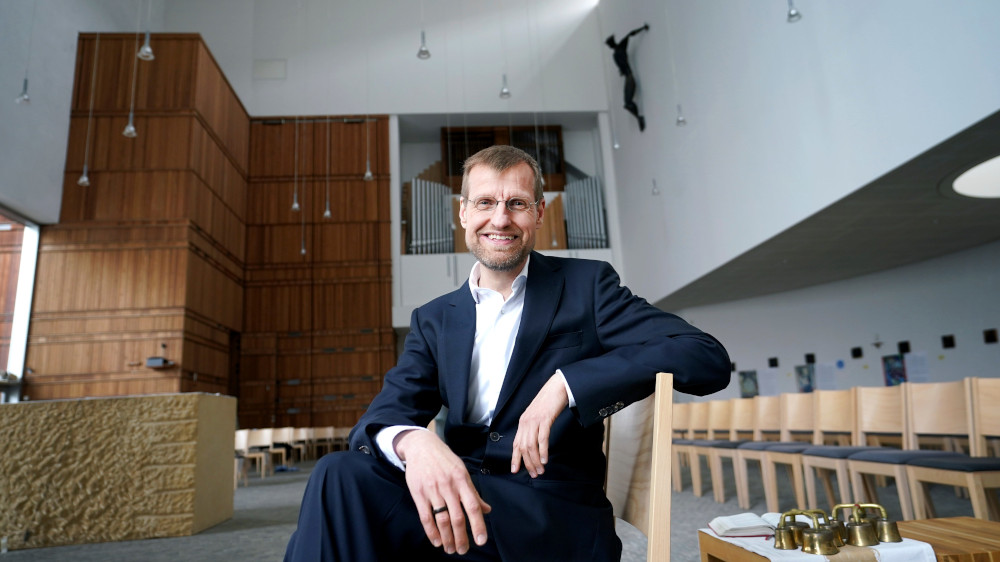 Jesuit Fr. Jan Korditschke, who will lead blessings for same-sex couples in Berlin in the upcoming week, poses for a photo at the Canisius Church in Berlin, Germany, Friday, May 7, 2021. Germany’s Catholic progressives are openly defying a recent Holy See pronouncement that priests cannot bless same-sex unions by offering exactly such blessings at services in about 100 different churches all over the country. The blessings at open worship services are the latest pushback from German Catholics against a document released in March by the Vatican’s orthodoxy office, which said Catholic clergy cannot bless same-sex unions. (AP/Michael Sohn)

"Your religion is the first thing they take away from you when you come out of the closet," said Mahler, who was raised Catholic in Bavaria, Germany's largest and traditionally most Catholic state. "It's as if when you're queer you're not allowed to be religious anymore."

But Mahler was heartened by a campaign led by priests, deacons and laity at 110 Catholic churches to bless same-sex couples, in defiance of a recent statement issued by the Congregation for the Doctrine of the Faith at the Vatican that such blessings were "not legitimate" and that same-sex unions are "not ordered to the Creator's plan."

The public ceremonies, organized under the motto "#LiebeGewinnt" (German for "#LoveWins"), were open to "all loving couples, regardless whether they are gay, lesbian or straight." Churches across the country hung large rainbow flags and banners from bell towers and balustrades, giving the campaign a festival feel.

Pastor Bernd Mönkebüscher, a priest in the western German town of Hamm who helped initiate the campaign, said "such blessings have been around for a long time, albeit hidden and not public. Which is shameful."

"We wanted to encourage people to celebrate worthy blessing services in many places at the same time, because loving people do not have to hide and because in love they experience their partner as a 'blessing,' a gift from heaven," he said.

"Most of the church does not understand and does not share the 'no' from Rome," said Mönkebüscher.

Pastor Jan Korditschke, who held a blessing ceremony at his St. Canisius Church in Berlin, said the injuries that gay, lesbian and other queer believers have suffered because of the church "touched his soul." He decided St. Canisius would take part to make amends and give his "church a friendly, credible face" among the LGBTQIA+ community.

The service itself, organized with help from the local Jesuit community and attended by over 100 worshippers, was both "touching and exhilarating" for those involved, said Korditschke. "The evening was so successful precisely because in this service the church — like Jesus — clearly took the side of those who are discriminated against." 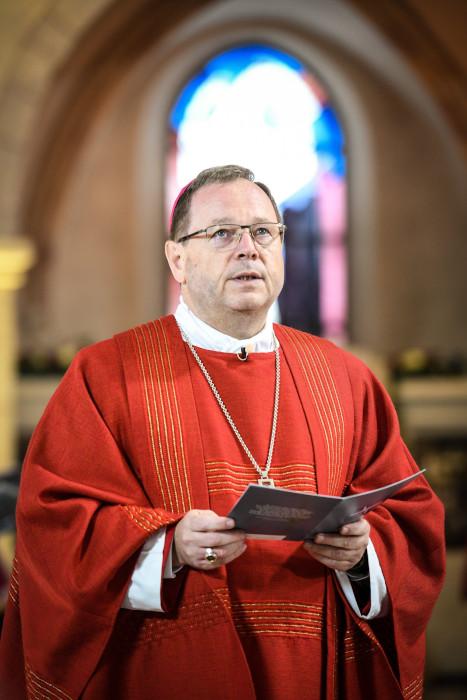 More than a sign of certain parishes' progressive stance on same-sex unions, the services were the latest chapter in continuing tensions between the German Catholic Church and Rome. Based on reactions within Germany, which ranged from wholehearted enthusiasm for the blessings to full-throated rebuke, the protest against the CDF's ruling won't be the last.

Defying Rome has been a theme of late in Germany. In December 2019, the German bishops began a series of conferences known as "the Synodal Way" to debate an assortment of theological and organizational issues. Sparked by the abuse crisis in the Catholic Church, the Synodal Way has become a catchall for disquiet among German Catholics — including the Vatican's resistance to change concerning the church's relationship with same-sex couples.

The question of blessing same-sex partnerships and a "new vision for sexual morality" will be discussed as part of the Synodal Way conferences, said Mönkebüscher.

In response to the dubium statement and other overtures from Rome, more than 250 theologians have spoken out against the Vatican's negative stance on same-sex unions and 2,600 pastors have committed to continue blessing same-sex couples, according to Mönkebüscher.

Not all Catholics in Germany, however, are pleased. Mönkebüscher said some parishes that took part in the #LoveWins campaign received anonymous letters and threats from people "who regard homosexuality as a disease and as a sin," he said. German Cardinal Gerhard Ludwig Müller, prefect emeritus of the CDF, called on Pope Francis to "intervene" and "correct clerics who have attempted to bless same-sex unions, or encouraged such attempts."

At St. Canisius and other Berlin churches, protesters gathered outside during the blessing services, with signs that read "God does not bless sin."

Online, the reaction has been even more vociferous. The far-right protest site "Patriot Petition" rallied German-speaking Catholics in Germany, Austria and Switzerland to sign a petition opposing what they said was an attack on "Western Christian values."

Elsewhere, conservative commentator Birgit Kelle wrote in the German weekly Focus that the blessings illustrated how "the LGBT scene and intersectional feminism have now invaded the church."

Even the reaction from the president of the German Bishops' Conference, or DBK, Bishop Georg Bätzing, who is generally seen as a progressive moderate, was ambivalent. Although he said he was "not happy" with the Vatican's choice to weigh in on the debate over blessings for same-sex couples, he also said that the #LoveWins initiative was "not a useful sign or a way forward." The blessings, he said, are "not a suitable tool for political-ecclesial demonstrations or acts of protest."

Bätzing called for more "substantive discussion" and "a reevaluation of homosexual unions and a further development of the church's sexual morality."

Elsewhere, the bishops have shown their ambivalence in the church's relationship with LGBTQ Germans. Earlier in May, the DBK refused to award the Catholic Children's and Young People's Book Prize to Elisabeth Steinkellner's nominated novel, "Paper Piano," because one of the protagonist's friends is transgender.

And while the #LoveWins campaign is a move in the right direction, said Alexander Görlach, a religion scholar who is senior fellow at the Carnegie Council for Ethics in International Affairs, the church's broader stance on homosexuality is one of many matters that put the church out of step with contemporary European culture. Even a radical reimagining of sexual morals in the church, he said, cannot stem its disconnect with German society at large and its inevitable decline.

"You can do the math on how long there will be religious Catholic life in Germany," said Görlach. "Most people just live their lives and will not be bothered anymore."

Despite his pessimistic outlook, Görlach is watching to see how the German hierarchy responds to the #Love Wins campaign. "It now comes down to the bishops, who need to choose whether they sanction priests" who participated, he said.

"Priests bless elevators and motorway entrances. So there should be a chance to bless human beings that want to express their love for one another," said Görlach.