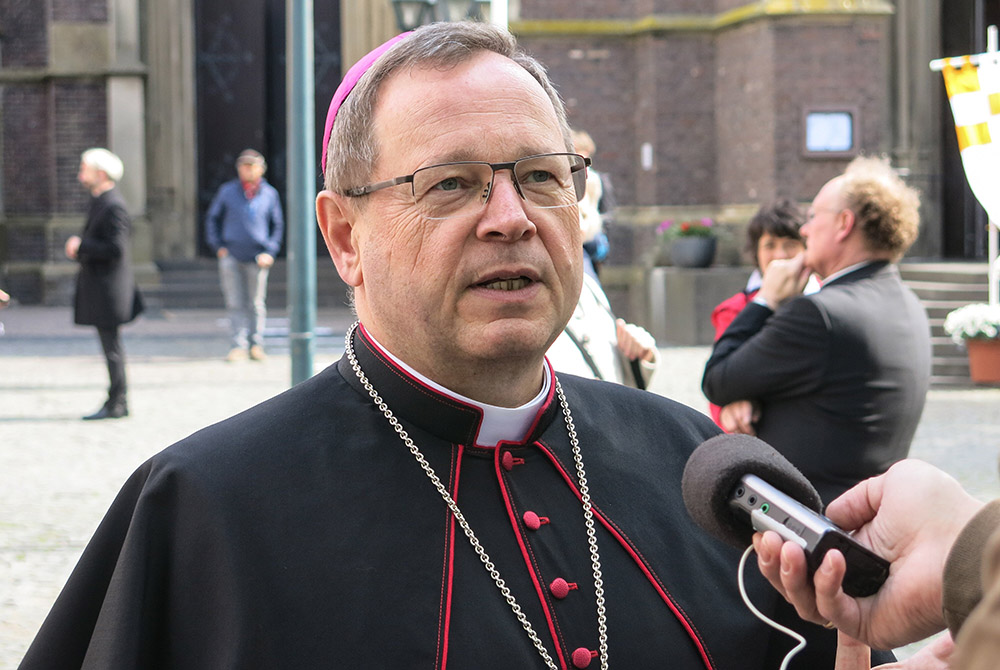 Bishop Georg Bätzing, president of the German bishops' conference, is pictured during an interview in early May 2020. (CNS/Gottfried Bohl, KNA)

German Bishops' Conference president Bishop Georg Bätzing said he favors an intense exchange of views concerning the desire of some same-sex couples to receive the Catholic Church's blessing for their partnerships.

"People in homosexual partnerships want the blessing of the church, one that is not concealed," Bätzing, who also leads the Diocese of Limburg, told the German newspaper group RND. "They want the church to hold their life in such value that they are given the blessing of God and not denied it."

"We must face up to this wish," said the prelate. "For this we need an intense confrontation. We can no longer answer these questions with a simple 'yes' or 'no.' This is not possible."

"I believe that we must evaluate homosexuality and life partnerships outside of marriage in a new way," said Bätzing. "We can no longer go on the assumption of natural law alone, but must think much more strongly in such categories as caring and responsibility for one another."

Bätzing said he would like to see further development of Catholic teaching on sexual ethics.

The Limburg bishop said he understood the "no" that the Vatican's Congregation for the Doctrine of the Faith had given in its March 15 decree, which banned priests from blessing same-sex unions.

"But this does not help, because for a long time now there has been a pastoral development which goes beyond it," said the bishop. "And this means: A change is pending."

Related: Your thoughts on Vatican not blessing same-sex unions